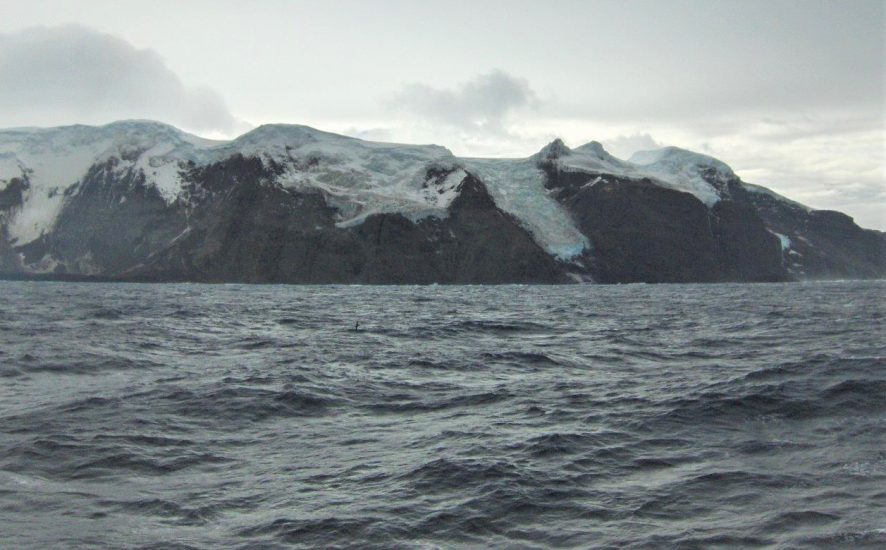 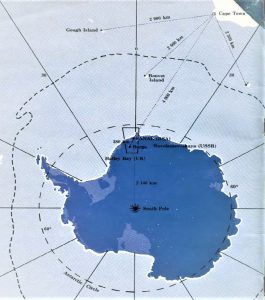 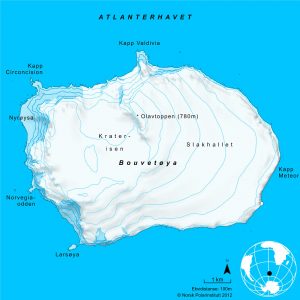 Bouvet Island is an uninhabited sub Antarctic high island and dependency of Norway located in the South Atlantic Ocean at 54°25′S 3°22′E . It lies at the southern end of the Mid-Atlantic Ridge and is the most remote island in the world, approximately 2,600 kilometres south-southwest of the coast of South Africa. The island was discovered in January 1739 by Frenchman Jean-Baptiste Charles Bouvet de Lozier. The island has an area of 49 square kilometres, of which 93 percent is covered by a glacier. The centre of the island is an ice-filled crater of an inactive volcano. The island was first spotted on 1, on a French exploration mission in the South Atlantic with the ships Aigle and Marie.

There is no permanent research station at this mostly inaccessible island, but Marion Island Marine Mammal Programme (MIMMP) sealers (e.g., Nico De Bruyn, Greg Hofmeyr and Steve Kirkman) were represented on all six of the seal and seabird summer research expeditions undertaken by the Norwegian Polar Institute.  The S.A. Agulhas (2007)on the way to Antarctica, drop off a small team of five at Bouvet Island (Bouvetøya) for a two month research expedition. 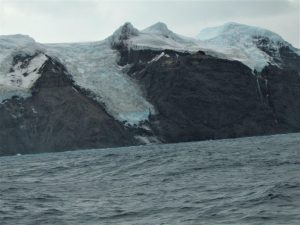 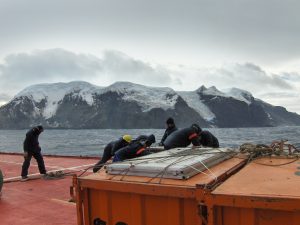 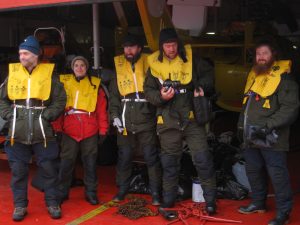 Norvegia is a small, seasonal (austral summer) research station, located on Nyrøysa on the northwest corner of the sub Antarctic Island, Bouvetøya. The Norwegian Polar Institute has studied and monitored seals, penguins and other birds on Bouvetøya since the mid-1990s.

In 2007 the S. A. Agulhas II first stop-over was at Bouvet Island in the South Atlantic Ocean, also referred to as the most 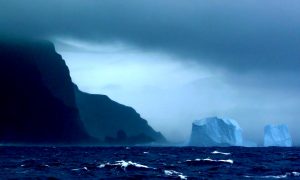 remote place on Earth, to drop off fellow scientists who would spend the summer on the island, working with the seal and penguin colonies. The pack-ice this summer extended approximately 1,000 km from the continent. We encountered icebergs around Bouvet. Images on the ALSA Archive taken by Adriaan Dreyer the Departmental Conservation Officer of the Department of Environment, Fisheries and Forestry during journey down to SANAE base and stopover at Bouvet Island in 2007 to load off supplies for researchers that is staying behind at Bouvet Island and the backloading on the return trip to South Africa and  Ludwig and Attie Combrinck 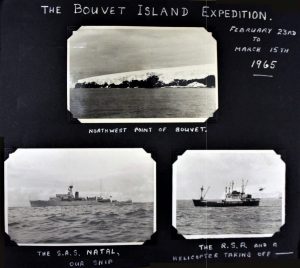 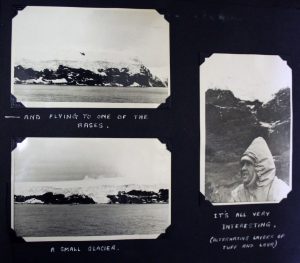 Older images by  Greef visit in 1965 ,  a Bouvet reconnaissance voyage in 1955 and information in a pamphlet  by Department of Transport in 1974 are available on the ALSA archive.