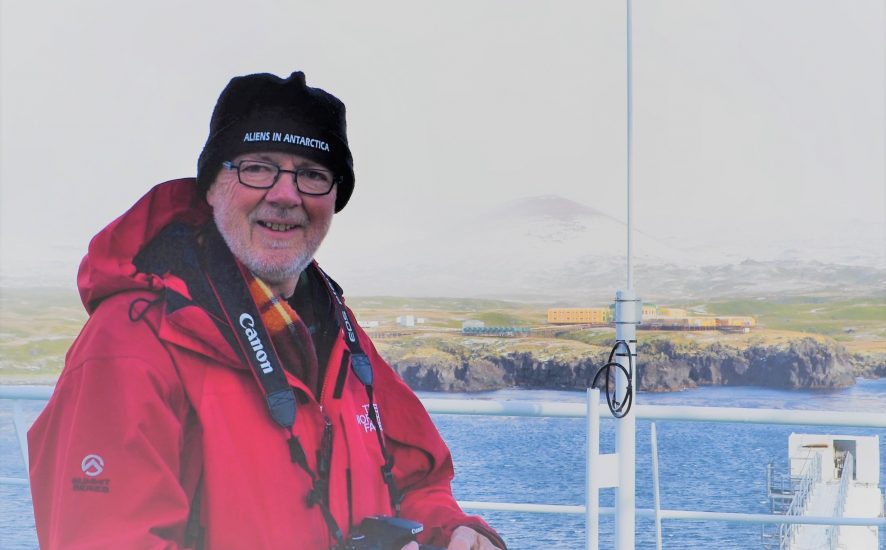 Past and present members of the South African National Antarctic Programme community will be saddened to learn of the passing of Niek Gremmen on 11 August at the age of 71.

Nicolaas Johannes Marie (Niek) Gremmen was born in Schijndel in the Netherlands (13 July 1948), making his home in Diever in that country (where I once visited him and admired his large collection of island books).  He came to South Africa to join the 30th and 31st Marion Island teams over 1973-1975, as part of the 4th and 5th Biological Expeditions under the tutelage of the late Professor Eduard van Zinderen Bakker of the then University of the Orange Free State.

His field work on Marion (with a side trip to Prince Edward) over two extended summers resulted in him obtaining his Doctorate in 1981 for his botanical studies on the islands.  He published his doctoral thesis from the Neterlands Katholieke Universiteit te Nijmegen in English under the title “The Vegetation of the Subantarctic islands Marion and Prince Edward”, properly printed in hard cover, as is the Netherlands tradition.

Niek went on visiting Marion on annual reliefs on Department of Botany & Zoology, Stellenbosch University projects led by his colleague and friend Valdon Smith until at least 2016, two years after I made my own last island visit.  One of his many publications on sub-Antarctic plants is a compact disc that illustrates and describes the plants of the Prince Edward Islands, produced with Valdon Smith and published in 2004 by his own company Data Analyse Ecologie, just the thing for non-botanists such as myself to identify the plants.

Niek was a quiet, unassuming gentlemen, but with a dry sense of humour: a most pleasant and amiable companion to have on a sub-Antarctic island, in the lab and in the field.  Heading into the field I would tap on his lab window and he would look up to smile; other times I would come across him kneeling in a mire, checking his long-term plots for subtle changes in the vegetation.  Occasionally his guitar would appear in an evening, but fortunately not the pipe of his younger days.

His ground-breaking studies of the spread of invasive plants on Marion and Prince Edward Islands included the pearlwort Sagina, a little plant with tiny white flowers as apparently unassuming as Niek- but one capable of rapid spread smothering native vegetation in a bright green mat.  It seems Sagina is set to stay on Marion and Prince Edward.  Its discovery on the United Kingdom’s Gough Island in 1998, quite likely introduced via containers that had been previously used on Marion and not properly washed, led Niek and I (a little later) to lead an eradication project before the plant had managed to spread too far from its source at the South African meteorological base.  It proved a hard plant to get rid of, with experts required to climb down the coastal cliffs.  After over 15 years of effort by ourselves and others we were both saddened to hear that the eradication attempt had been halted by the UK, putting Gough at risk of a radical change to its vegetation. Anyone who has seen Sagina on the Prince Edwards would consider this a serious error that will likely come to be regretted.

Niek was predeceased by his wife, Ruerdje Halsbertsma, who died in June 2010.  Ruerdjie had worked with Niek in the field, where I first met her pressing voucher specimens of alien plants on Tristan da Cunha in 2007.  He is survived by two sons, Ted and Tim; sadly he did not live to see the birth of his first grandchild, Thomas Niek Gremmen, on the 16th of August – the day of Niek’s funeral.  The SANAP community extends its condolences to his family and friends at the passing of a kind man and a sub-Antarctic botanist of international stature.