AFRINEAD is a disability research evidence project that has been initiated in the Medicine and Health Sciences Faculty of the University of Stellenbosch within the Centre of Rehabilitation Studies. The project was founded in Cape Town in November 2007 as a network of various disability advocacy groups, local and international academics and researchers, health service providers and representatives from various government departments. 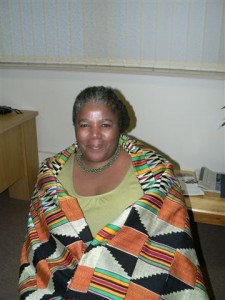 “Disability Unplugged – Beyond Conventions and Charters, what really matters to People with Disabilities in Africa?”

This conference will culminate with celebrations on the 3rd of December which is the international day for Disability. AfriNEAD will partner with the City of Cape Town to Celebrate this International Day for Persons with Disability.

This conference is the 6th of tri-annual series of conferences to be held on the African Continent, following the 2007 Symposium on Evidence-to-Action in disability (SSEAD 2007) at Stellenbosch University that launched AfriNEAD. The vision of AfriNEAD is to become a significant contributor to and facilitator around the needs of people with disabilities in Africa, by assisting in translating existing and new disability research into meaningful evidence based advocacy, practice, products and policy.  AfriNEAD aims to foster relationships that will make the Network attributes of AfriNEAD comes to fruition.

Drawing guidance from the UNCRPD and its evaluation tool:

“The ABC of research evidence –to Action: Putting the United Nations Convention on the Rights of Persons with Disabilities (UNCRPD) principles into action for a rights based change.”

AfriNEAD will have completed 13 years at the end of November 2020. AfriNEAD conferences have always been a space of revival for both the delegates and the mother body. We are very excited of the phase that AfriNEAD has entered. The network did not take its quest and journey of trying to be the African regional research network for Evidence –to- Action in disability lightly. It is within this quest that seasoned disability researchers have been identified; the relationship between researchers and Persons with Disabilities were visited, challenged and consolidated which have resulted in a strong partnership of persons with disability with researchers. It was in 2009 during these reflections that the idea behind the African Journal of Disability (AJOD) was born. As a young journal, the AJOD has surprised ALL with regard to its recognition by a majority of scientific journal spaces that need to recognize a manuscript of this nature.   Thanks to Professor Leslie Swartz our first Editor in Chief who, with his golden touch, managed to steer the journal to these majestic heights. Now the journal is in the capable hands of Dr Charlotte Capri.

Developments of best models of good practice,  in disability research,  that are underpinned by good ethical practice,  where persons with disability feel they can participate on all levels of the research process,  including leading the research process is central to the message advocated by AfriNEAD. Some of models of good practice that has been coordinated under AfriNEAD were:

There are many more examples out there of research projects conducted by researchers affiliated to AfriNEAD.

As we enter this phase of the network we are aware of the need for the network to take its rightful position by bringing out its ethos and how it has responded to its constituency in the past and that by working together we can achieve more. It is within this understanding that AfriNEAD intends in the next phase to continue giving support and playing the position of being a vanguard for disability research in Africa. It is within this quest that AfriNEAD intends to continue strengthening the platform of disability research in Africa by focusing in the next 6 years on:

Encouraging African countries affiliated to AfriNEAD to embrace and implement the concept of Research Country Working Groups (RCWGs) in their own countries to ensure that internally each disability research is given a priority while AfriNEAD secretariat focus on:

We intend to work closely with all of our partners both at local, regional and international levels on this quest for AfriNEAD to take its position as a regional hub for disability research in Africa.

We would like to thank the governing structure of AfriNEAD for supporting this network for the past 12 years.