Getting to know our Registrars

Dr. Rowe and Dr. Thosago joined the MMed (Psychiatry) programme in 2021  – catching up after their 1st years as registrars in the Department of Psychiatry, SU. 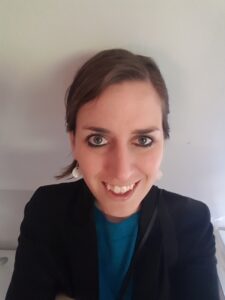 Dr. Rowe grew up in Cape Town and matriculated with provincial awards in Music and Latin. From a young age, Dr. Rowe was intrigued by psychology and the complexity of the human mind. She initially considered Clinical Psychology and Music Therapy before deciding to embark on a career in Medicine, and eventually Psychiatry. Dr. Rowe completed her MBChB at Stellenbosch University, with electives in Neuroscience and Rural Medicine. She then completed her internship in the Eastern Cape and her community service in the Northern Cape provinces of South Africa.

Dr. Rowe was awarded a Rhodes Scholarship and embarked on a DPhil (PhD) in Psychiatry at the University of Oxford, with her fieldwork in Mpumalanga, under the supervision of Prof Alan Stein (Child and Adolescent Psychiatry, Oxford University), Prof Gaia Scerif (Experimental Psychology, Oxford University), and Dr Ryan Wagner (Wits School of Public Health). Dr. Rowe’s DPhil combined multiple areas of interest for her, including HIV and neurodevelopment, mental health, rural health, human behaviour, and music interventions for mental and neurological disorders. Her thesis examined the relationship between HIV and executive function in adolescents, executive function and risky behaviour, and the piloting of a group drumming intervention aimed at improving executive function and mental health in adolescents living with HIV in rural South Africa. She has since published three papers from her DPhil, with two more manuscripts in preparation. After completing her DPhil, Dr. Rowe served as a Medical Officer at Karl Bremer Hospital, before starting as a registrar in Psychiatry in February 2021.

“I chose Psychiatry due to a longstanding fascination with the brain and neuroscience, a personal connection with the field and the positive impact it can have on individual’s lives, and the way it intersects with both the natural and social sciences.”

On reflecting on her 1st year in the MMed in Psychiatry programme, Dr. Rowe said: “I have loved learning more about the biological basis of mental disorders and their treatment through my preparation for primaries. I have learned the value of self-awareness, humility, and a growth mindset in becoming a good psychotherapist and psychiatrist. Finally, social distancing and the pandemic have reiterated a lesson I learned from my communal music-making, the vital importance of connectedness to our wellbeing.”

Outside of work, Dr. Rowe enjoys time outdoors, particularly on the mountain doing trail running, hiking, and taking photos. She still loves singing and has sung in various choirs, including the Stellenbosch University Choir, the Lincoln College Chapel Choir, and Commotio, and plays in her church band. 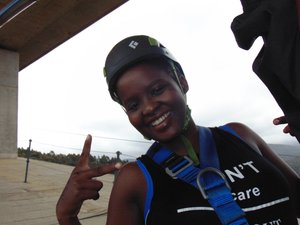 Dr.  Thosago is originally from Polokwane, Limpopo. She initially wanted to become a Paediatric surgeon and even got her ATLS, ACLS, and basic surgical skills certificates when she did her community service at a primary healthcare centre. However, after feeling overwhelmed by the number of deaths she was exposed to and how everyone around her seemed nonchalant about death, she considered a change.

“I felt myself losing my compassion for those who had died because the training was that we had to be strong for those who remained alive.”

During her community service in the Casualty/OPD ward, Dr Thosago saw patients ranging from chronic hypertension to acute chest stabs. However, when it came to her psychiatric patients, she always made sure to take thorough notes, so that when they were transferred to a tertiary healthcare centre, she wouldn’t have any problems.

Impressed with her note-taking, Dr. Thosago was approached by a Psychiatry registrar from a tertiary hospital to see if she would be interested in working at a Psychiatric hospital.

“I had never entertained the thought of Psychiatry because of the stigma that surrounds it but after applying for the medical officer post and being accepted, I have had nothing but love and respect for mental health care professionals and patients alike.”

Dr. Thosago graduated with a Diploma in Mental Health in 2019 and has been working at the Psychiatric hospital since. She then decided to pursue her MMed in Psychiatry, which she registered for in February 2021.

On a personal note, Dr. Thosago loves trying out new things, traveling, and hiking; “…so moving to Cape Town offered me the opportunity to do all of that and more…”.