Faculty of Economic and Management Sciences 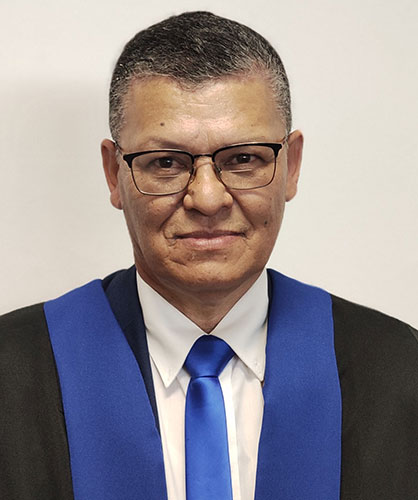 Bridging the gap from an unequal past to a future of equal opportunities: in search of an effective curriculum for South Africa

According to Socrates (469 – 399 BC) and Plato (428/7 – 348/7 BC), the aim of education is to attain knowledge. To them the attainment of knowledge was necessary for the welfare of both the individual and the society. According to Plato, “Nothing must be admitted in education which does not conduce to the promotion of virtue.” Aristotle (384 – 322 BC) had a different view from that of his predecessors Socrates and Plato. He believed in the purposefulness of education. To him the aim of education was not only the attainment of knowledge but also the attainment of happiness in the lives of individuals. In this way, education can lead to a happy society. Stated in other words, goodness of intellect leads to goodness of character. The former can be achieved by teaching, training and experience and the latter is the result of a healthy lifestyle due to the practice of good habits. In this inaugural lecture, I expand on Aristotle’s theory that education must promote both knowledge and happiness. I argue that the current curriculum is focussed so much on the acquisition of knowledge that the happiness of learners is neglected and that the curriculum in its current form only seeks to produce good workers for the state, which neglects their wellbeing. I will based my argument on William Pindar’s (2012) theory that the curriculum is a strategy for self-study, enabling both individuals and groups to understand their situations by active and passionate participation in the complicated conversation called the curriculum leading to action. Finally, I will argue that the current South African curriculum is unsuccessful in what the schools are attempting to teach, namely that it will enable the learner to acquire the knowledge and skills needed for the 21st century, whilst failing to instil a value system with good habits and sound morals.
WATCH THE INAUGURAL LECTURE HERE

Michael le Cordeur is a professor, an NRF-rated researcher and currently chairs the Department of Curriculum Studies in the Faculty of Education at Stellenbosch University. As a young boy he grew up under apartheid. His school career had a humble beginning at the Pauw Gedenk Church School in Wellington. He matriculated from Bergrivier High School as a member of “The Class of 76.” He continued his studies at the University of the Western Cape (UWC) in the late seventies and early eighties, because it was the only option where he could study Education, Afrikaans, Phycology, Philosophy, and isiXhosa. The influence of professors such as Jakes Gerwel and Tony Links would shape his thoughts. Soon he was involved with the Black Conscious Movement against apartheid – a struggle he fought in Afrikaans.

He started his teaching career at his alma mater as he wanted to give back to the community which made it possible for him to further his studies. He soon became ta head of the department, deputy principal and principal. Being the Circuit Manager for education in the Stellenbosch district allowed him to work over the full spectrum of the education landscape. After completing a BA, BAHons and HED and the BEd at UNISA he, obtained his MEd and PhD at Stellenbosch University (2004) and a senior management qualification at Stellenbosch’s Graduate School of Business (2007). His research deals with learners’ reading skills, language in education, language policies and curriculum studies in basic education. He is the author /co-author/ editor of 30 books on Afrikaans Home and Additional Language and Life Orientation. At higher education level, he was involved in the writing of books on curriculum studies, Afrikaans pedagogy and a guide for beginner researchers. He has presented numerous papers nationally and internationally. Other books of his dealt with his passion for the heritage of his people and their contribution to democracy. This includes Die Wellingtonse klopse – 100 jaar se onvertelde stories (2013); Ons kom van vêr (2016), Halala Suid-Afrika (2019), Davey Samaai: Die kampioen van die Struggle and Davey Samaai, The People’s Champion. His latest book Covid, Onderwys en Ongelykheid / Covid, Education and the Big Divide is available in English and Afrikaans and will launched in December.

He served his community in various leadership positions, including the following: As chair of the Western Cape Language Committee for two consecutive terms, he was one of the authors of the Western Cape Language Policy. Currently he serves on the board of trustees of the Nationale Het Jan Marais Fonds, he chairs the board of trustees of SU’s Het Jan Marais Fonds and is the deputy chair of the Stigting vir Bemagtiging deur Afrikaans. Internationally he is a member of the Internationale Centrum voor het Afrikaans at Gent University and a member of the International Association for L1 Languages (ARLE). As a regular columnist and commentator for various media houses, he has published more than 350 opinion pieces, for which he received the SU Media Thought Leader Award (2018 and 2019). Some of his other awards are five Rector’s Awards (2010-2014); a gold medal from the South African Academy for Science and Arts for his contribution to education (2008); a ministerial award for the promotion of multilingualism (2012); Stellenbosch University’s Chancellor’s Award for Social Impact (2014); and the Neville Alexander Award for lifelong contribution to the development of Afrikaans (2020).