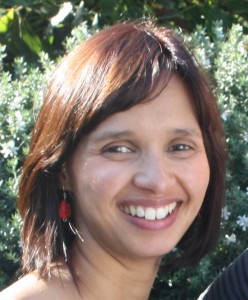 My SURMEPi journey began early in 2012 when I found myself at a crossroads in the planning of my research. I wanted to study the incidence and severity of community assaults ( vigilantism) in the township of Khayelitsha in the Western Cape, an area where this form of retributive justice was rife. To ensure that proper records were kept in the casualty registers of 3 community clinics and the district hospital in Khayelitsha of each case of community assault to allow me to trace the folders in the following week, I needed the staff to be well informed about the study. I needed them to understand the differences between an act of vigilante assault and an average case of assault of interpersonal violence, and I needed the cases to be self presenting ie the medical staff were not allowed to probe the victims as to whether they were a case of vigilantism or not.

I also needed to be able to collect the data from the files and capture these into questionaires as well as visiting the facilities regularly to ensure that the staff stayed committed and interested. As a full time doctor doing after hours and weekend calls as well as being a full time masters student, I had no idea where I was going to find the time required of me to invest in this study, as passionate as I was about it. We were given one tueday afternoon a week in order to do our research tasks, module work and assignments and these were quickly filled driving between the facilities and trying to find the people I needed to collaborate with, let alone building a relationship with them. It was then that my professor encouraged me to apply for the SURMEPI grant and just like that, my problems were over. I could afford to pay a lovely research assistant, a 3rd year medical student, who quickly became my eyes and ears for the project. She spent her July vacation in 2012 driving between the clinics to get to know the staff, putting up posters about the study, collecting data and generally being the ‘face’ of my research which I could not do. Thanks to SURMEPI, we could continue data collection throughout the rest of 2012, giving us more data and a larger sample size. Thanks to SURMEPI, Christine could be paid to do the data capturing as well, which allowed me to focus on the calculation of the severity scores ( a time consuming task) as well as the writing up of my thesis. As a result, I was able to present my provisional research at the annual SA Family Physician’s conference in May 2013, not even 1 year after starting data collection and I was able to present my final research which was accepted for publication in the South African Medical Journal in November 2013. This made me one of the first MFamMed students to complete their research prior to writing their final exams!

While other masters students took the path of least resistance and did an ‘easier’ quality control study, or waited until after their final exams to start the majority of their research work, I was blessed with a SURMEPI grant which allowed me to uphold my mantra that not time, nor ease of activity should drive you, but passion! Thank you SURMEPI