Iimbovane took to the Karoo National Park, Beaufort West, to host a workshop for their Junior Rangers on the ant diversity of the park.

The SANParks Junior Rangers are a programme for young volunteers aged between 12 and 18 that have a passion for conservation. They participate in the youth development programme of the South African National Parks (SANParks) for an entire year where they become exposed to the park’s functions and activities that include talks from experts in conservation, and after which they are awarded with a certificate of completion.

The day’s session began at the park’s community hall where the enthusiastic group of 12 attendees explored the various methods which scientists use to collect ants and had a few discussions around their advantages and disadvantages. 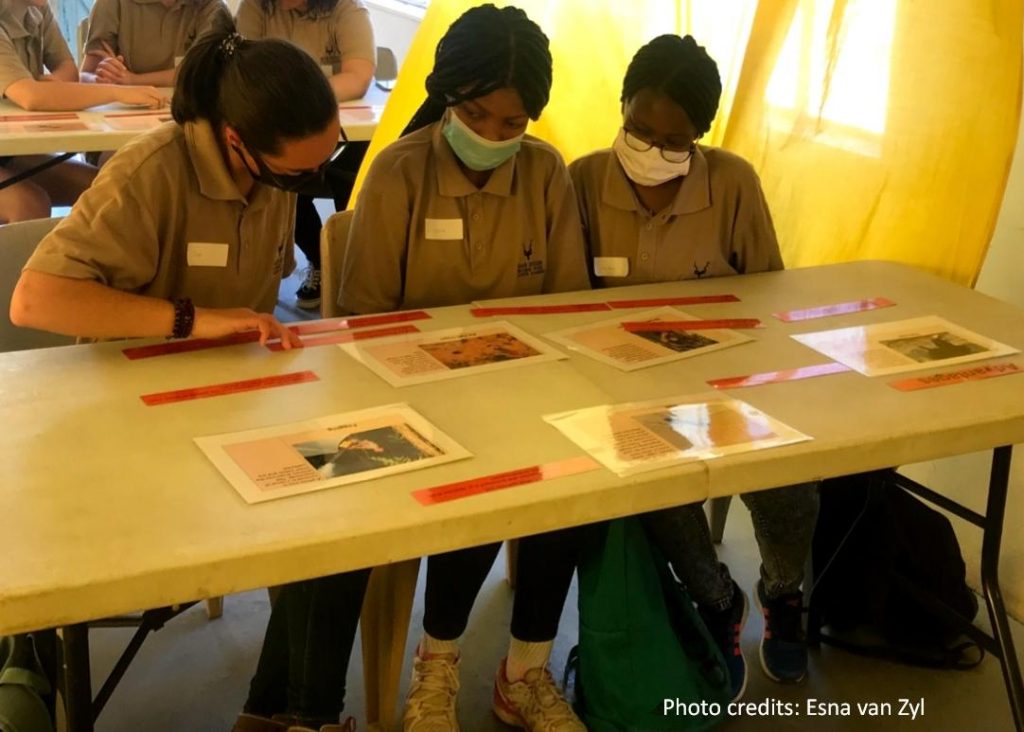 It was then time to go outside in search for ants with our guide Jan Jacobs, and what a pleasure it was to have Jan share his extensive knowledge of medicinal and edible plants.Geared with their aspirators or ‘pooters’, and other sampling equipment, the group scrambled through succulents in search of different species of ants. A ‘pooter’ is a small jar used for collecting insects. It has two tubes – one goes into your mouth so one can apply suction, and the other goes over the ant so that it gets sucked into the jar. A fine mesh over the end of the first tube stops one from swallowing the ant. Without doubt the ants gave group a good game of scramble and what a thrill to see those ‘Balbyter’ or Camponotus fulvopilosus species attacking their fingers.

The day ended with close observations of ants under the microscope during which the group were exposed to ant morphology and the scientific naming of ants.

The busy day of sampling gave the rangers a chance to appreciate that ant species come in all different forms, sizes and colors.

A special thanks to the People and Parks Officer, Esna van Zyl for keeping the adventure alive amidst the pandemic.