Department of Chemistry, Faculty of Science 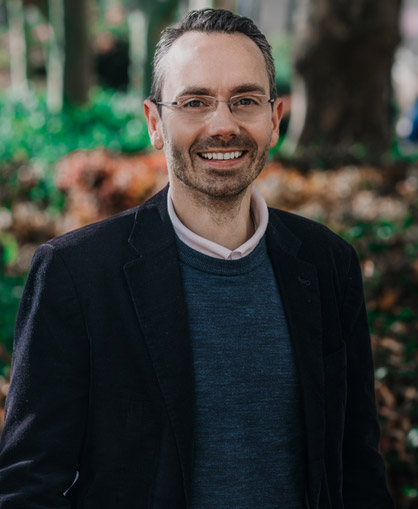 Radiobiology (the study of the biological effects of ionising radiation) came into being shortly after the discovery of X-rays in 1895. However, the discipline is not as widely recognised as it should be. Radiobiology plays pivotal roles in other applied radiation fields, such as radiation oncology, nuclear medicine, radiology and radiation protection. However, the discipline remains largely unknown and persistently experiences an identity crisis – to the extent that some radiobiologists often describe themselves as cancer immunologists or just biologists. The discipline mainly uses research findings to guide advice to clinicians and radiation protection practitioners and is therefore seen as an auxiliary entity. No designated funding for radiobiology research exists in South Africa and projects are mainly run on funded individual efforts. The paucity of funding for radiobiologists appears to be a world-wide phenomenon. The identity issue is exacerbated in South Africa by the absence of a defined system for accrediting radiobiologists (typically trained in master’s and doctoral programmes) with the Health Professions Council of South Africa (HPCSA) and the lack of accredited radiobiology internship programmes. With no research funding and a formal HPCSA accreditation system, the future of radiobiologists in the country is bleak. This lecture highlights the significance of the discipline of radiobiology and some challenges it faces.

Ben leads the Neuro Research Group. He was born in Berlin, Germany, and completed a BScHons and MSc in Physiology at Stellenbosch University and was awarded his PhD in 2009. During his MSc, he began working extensively with fluorescence microscopy and led the Microscopy Unit, Central Analytical Facility, until 2010, handing it over with a super-resolution confocal platform. Over the last 11 years he has sought to gain a better understanding of the role of autophagy activity, i.e., autophagic flux, in the onset of cell death associated with neurodegenerative diseases and gliomas. Ben’s research focus centres around Alzheimer’s disease and neuronal aging, malignant brain tumours, as well as neuronal injury and trauma. To study the dynamics of the onset of cell death he uses various microscopy techniques that allow single cell and tissue analysis with high localization precision and quantitative power. These include molecular/fluorescence imaging techniques such as structured illumination microscopy, quantitative single-molecule imaging approaches such as stochastic optical reconstruction microscopy (STORM) as well as photo-activation- and FRET. A novel control analysis and biophysics approach made it possible to assess the localization and extent of control (as opposed to regulation) of autophagy activity, as well as the quantitative assessment of complex and dynamic intracellular networks formed by tubulin and mitochondria. This approach led to the development of a new methodology to quantify autophagic flux in a more standardized fashion. Recently, correlative light and electron microscopy (CLEM), light sheet microscopy and CLARITY have been implemented, to allow for enhanced translation using pre-clinical spheroid models and rodent brain tissue. His research is anchored in strong collaborative activities with electrical/electronic engineering, which has led to four patents associated with an autophagy sensing device, as well as virtual reality guided 3-dimensional precision analysis and mitochondrial dynamics software tools. The spinout company ‘Phagoflux’ that was established in 2020 aims to develop autophagy sensing tools for the research, pharma, diagnostics and wellness market.