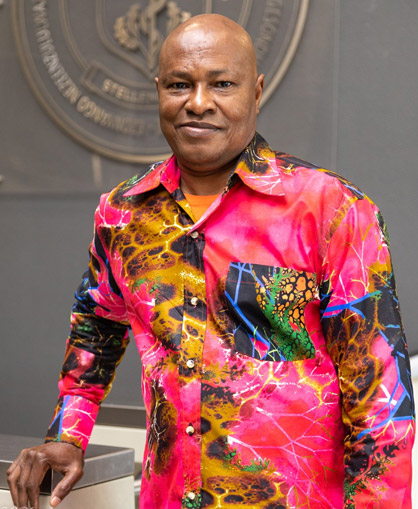 Radiobiology: Born with X-rays over a century ago, yet virtually unknown

Radiobiology (the study of the biological effects of ionising radiation) came into being shortly after the discovery of X-rays in 1895. However, the discipline is not as widely recognised as it should be. Radiobiology plays pivotal roles in other applied radiation fields, such as radiation oncology, nuclear medicine, radiology and radiation protection. However, the discipline remains largely unknown and persistently experiences an identity crisis – to the extent that some radiobiologists often describe themselves as cancer immunologists or just biologists. The discipline mainly uses research findings to guide advice to clinicians and radiation protection practitioners and is therefore seen as an auxiliary entity. No designated funding for radiobiology research exists in South Africa and projects are mainly run on funded individual efforts. The paucity of funding for radiobiologists appears to be a world-wide phenomenon. The identity issue is exacerbated in South Africa by the absence of a defined system for accrediting radiobiologists (typically trained in master’s and doctoral programmes) with the Health Professions Council of South Africa (HPCSA) and the lack of accredited radiobiology internship programmes. With no research funding and a formal HPCSA accreditation system, the future of radiobiologists in the country is bleak. This lecture highlights the significance of the discipline of radiobiology and some challenges it faces.

After working as a medical physicist at the Ghana Atomic Energy Commission and the Korle-Bu Teaching Hospital for three years, he joined Stellenbosch University and obtained a PhD in Radiobiology. Following a one-year postdoctoral fellowship, he took up a second postdoctoral fellowship in Clinical Radiobiology at the University of Toronto. Prof Akudugu returned to South Africa as a research scientist at iThemba LABS and a visiting associate professor at North-West University for four years. He then proceeded to work as a visiting researcher at the New Jersey Medical School (USA) for three years. He took up his current position in 2012.

His research has resulted in 53 peer-reviewed publications in a wide range of international journals, over 80 conference contributions, and 3 patents, with 512 citations (h-index: 14). He has trained 26 postgraduate students and fellows.

Currently, he is an NRF C1-rated researcher and serves as both a grant reviewer and a member of the grants review panel. He is also a grants reviewer for the Cancer Association of South Africa. In addition to Faculty commitments and evaluation of numerous postgraduate dissertations, his scientific assignments include manuscript review for more than 10 international journals (e.g. the International Journal of Radiation Biology, Radiation Research, the Journal of Nuclear Medicine, Anti-Cancer Drugs and Cell Proliferation). He is also an editorial board member of the Journal of Cancer Biology and Therapeutics. His research interests include targeted cancer therapy, modelling of tumour and normal tissue responses to therapy, radiation sensitisers and protectors, and cancer biomarkers.