Posted on December 2, 2010 by Brenda Leibowitz

The Colloquium on Hopeful Pedagogies has been and gone. Many of the inputs have now been placed on this blog, for further reading. Thanks to all the presenters! The colloquium may be over, but the debate about hope and the curriculum should continue. I am very excited to place the full opinion piece by a student on the blog. It is by Gerrit van Schalkwyk, who is currently in his fifth year of the MB ChB programme at Stellenbosch University. About himself he writes, “I hope to specialize in psychiatry. I was drawn to the Hope project by my belief that there is much good in our current society, and that this often receives insufficient attention.” Here is Gerrit’s opinion piece. He is looking forward to some critical engagement. 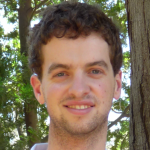 I wish to extend my thanks to the administrators of this blog for offering me the chance to add my voice to the conversation. I find myself in illustrious company, and will therefore endeavor to frame my thoughts as clearly as possible, in the hope of providing more than a token, student contribution.

The Hope project of the university is certainly an exciting initiative. At its most pragmatic, its value is without question, and the alignment of several its own goals with those of the United Nations MDG (Millennium Development Goals) initiative is a wise use of an existing conceptual framework. On a more theoretical level, the Hope project appears to be at risk of some controversy. For a start, the degree to which the work of Paulo Freire is at all pertinent to this project is unclear – his name does not appear anywhere on the Hope project website, yet the title of this blog suggests that a degree of reference is intended.

In my opinion, this could add an unnecessary degree of complexity to the debate. Freire is, to say the least, complex, and the contribution he has made to the social sciences is widely regarded as revolutionary. However, being regarded as revolutionary implies neither positive nor negative regard, and certainly it would appear that both views are held with great tenacity by prominent academics. Whilst many of his works form prescribed reading for education students, recent commentators have questioned their appropriateness. Specifically, attention is drawn to the fact that his work fails to attend to several of the most prominent themes in modern educational research (specifically, assessment practice, curriculum design, etc.). Additionally, some have suggested that one of the central themes of his work – specifically, that the role of the educator should shift from being a “banker” to being someone who “raises awareness”, such that the student can reach his or her own conclusion – is inherently deceitful. For the educator will in this case still have the role of defining the parameters of the discussion, and hold the power to provide evidence to his students in a selective fashion. The deceit is that the “banking” method makes no secret of this fact, whereas Freire’s methods cultivate the impression that the student is, in fact, reaching his own conclusions.

I confess to having little knowledge of these topics, and do not wish to engage in a detailed discussion as to the value of Freire and his teaching. However, I know enough to recognize that these ideas are not easy to perceive, and herein lies their inherent danger. Hope is a concept which needs little definition – Prof Fourie’s own offering on this blog is both succinct and functional, and would serve as well as any for the purposes of this project. Citing more complex philosophy is therefore both unnecessary, and, potentially counterproductive. I would perhaps be as bold as to ask the question – is it even possible to link the two at all? Some have suggested that The Pedagogy of the Opressed is at first a revolutionary manifesto, which relates only tangentially to educational theory. How much less applicable must it be to the transparent aims of poverty alleviation, research excellence and the other facets of the hope project? Perhaps I have misunderstood the goals of the reference, and I welcome any correction in this regard. To be clear, these issues need discussion, but let us ensure that everything we do will in some way contribute to realizing the noble goals of this initiative. Failing this, we may become guilty of Richard Dawkins law of the conservation of difficulty, which states that obscurantism in an academic subject expands to fill the vacuum of its intrinsic simplicity.

For my own part, I intend to become involved in the Hope project by coordinating the authorship of a series of essays, with the goal of drawing attention to the several ways in which our society has already succeeded. The goal is to combat the pessimism that is so overrepresented in all forms of media, and show that there are, in fact, many reasons to be hopeful. My intention is to identify other students from a variety of faculties who would be interested in such a project. I hope that this blog may, through the course of the process, provide a source of fresh ideas and advice. Thanks to all in anticipation!

This entry was posted in Uncategorized and tagged banking, Freire, pedagogy of hope. Bookmark the permalink.