Boler and Zembylas on a “Pedagogy of discomfort”

Posted on March 13, 2011 by Brenda Leibowitz
Subsequent to Megan Boler and Michalinos’ Zembylas’ exciting presentation of the concept of a “pedagogy of discomfort” in 2003, a teaching/research group I have been part of since 2005, the Community, Self and Identity group, has been working very productively with this concept. So much so that we have invited Megan and Michalinos to present their most recent thoughts on the topic on this blogsite, and to invite anyone, including the participants on our short course, Citizenship, Social Inclusion and Difference, to respond to this. The 2003 contribution I am referring to can be found in: Boler, M. and M. Zembylas. 2003.  Discomforting truths: The emotional terrain of understanding difference.  In Pedagogies of difference: Rethinking education for social change, ed. P. Trifonas, 110-136. New York: RoutledgeFalmer. 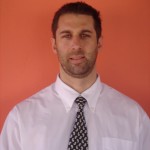 Pedagogy of discomfort has been first used and theorized by Megan Boler in her landmark book Feeling Power (1999). Then, Megan and I have made an attempt to further build on her earlier analysis by emphasizing the role that discomfort plays in teaching and learning about ‘difficult’ issues such as racism, oppression and social injustice. For me, pedagogy of discomfort still remains a powerful pedagogical tool able to produce action, because teachers and students can utilize their discomfort to construct new emotional understandings into ways of living with others—the ultimate vision of this pedagogy, in my view.

My most recent work explores pedagogies of discomfort in the context of ethnic conflict and historical trauma in societies such as those of Cyprus (my home country), Israel and N. Ireland. This work focuses on how discomforting emotions—which occur as the very result of attempting to address the ‘difficult’ issues of living with the ‘enemy-other’—serve as the springboard to uncover and undone the mechanisms with which hegemonic values and beliefs about others continue to operate in daily habits, routines, and unconscious feelings. In other words, my attempt is both to enrich existing theorizations of the notion of “pedagogy of discomfort” and to expand its empirical grounding in conflict and post-conflict settings (e.g. see Zembylas, 2010; Zembylas & McGlynn, in press). In this endeavour there are two new things that I have learned and are worthwhile to highlight:

Along the above two directions, then, there is a lot that researchers and educators can contribute by delineating the complexities of pedagogy of discomfort in various countries and compare and contrast their findings.

Zembylas, M. (2010). Teachers’ emotional experiences of growing diversity and multiculturalism in schools and the prospects of an ethic of discomfort. Teaching and Teachers: Theory and Practice, 16(6), 703-716.

And here is Megan’s contribution: 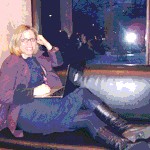 One question is frequently raised by readers, students, and audiences who engage the concept of ‘pedagogy of discomfort’: Isn’t the educator’s discomfort an equally important part of this call to action, this potential transformation?  If I were to rewrite the chapter, I would emphasize in more detail how and when an educator’s own discomforts inhibit educational exchange with students, prevent the educator from taking risks, and eclipse the educator’s very capacity to see, for example, his or her own attachments to particular outcomes.  The cultural and social norms and myths that represent teachers as rational, neutral conveyors of information is so far off the mark, yet are as persistent as is the myth of neutral curricula.  Thus for example, as briefly mentioned in the chapter, “silence is not neutral.”  When an educator chooses not to interrupt, respond to, or call out expressions of racism or homophobia, for example, in classroom discussions, in course material, or in hallway chatter, this silence is equivalent to condoning homophobia or racism as acceptable.  The fear, ignorance, or even perhaps the inability on the part of the educator to recognize an instance of racism or homophobia reflects the very same kinds of cherished assumptions and beliefs that pedagogy of discomfort aims to unsettle in students.  Because of power differences between educator and student, a student may witness racism in the actions or words of a fellow student, or in those of her teacher, but be unable to challenge the teacher to undertake his own pedagogy of discomfort.  Here is where co-teaching and creating allies that work together as educators in a classroom offers opportunities to model, for the students, how people can challenge one another constructively to address internalized beliefs and values that need to be brought to light. (See Boler 2004 cited below.)

Another point sometimes raised about pedagogy of discomfort is the question and when and how it applies to non-dominant groups.  For example, is pedagogy of discomfort (either as expressed in the chapter, or as a praxis and/or concept) a pedagogy only appropriate for challenging members of a dominant social group?  To my mind, pedagogy of discomfort in fact can be engaged to ask all of us, regardless of identity, to question a variety of cherished values and beliefs.  It is crucial as well to note that gay and lesbian people, for example, can hold deeply internalized homophobic feelings and beliefs that need to be challenged; women often have internalized sexism as if it represents acceptable norms, etc.  However, the socially-defined identities of those involved in educational environments creates complicated dynamics.  For example, if a white educator perceives that a student of color expresses internalized racism, it can be emotionally and socially complex for the educator to challenge the student.  Further, the question arises: is every educator equipped to engage a pedagogy of discomfort?  What might be the “criteria” for “licensing” an educator to engage pedagogy of discomfort effectively and ethically?  And finally, echoing a point made by Professor Zembylas, what *are* the ethics of “shattering world views,” which can happen as a result of a pedagogy of discomfort?  How do we ensure ethical responsibility on the part of the educator for possible emotional repercussions of these fraught dimensions of pedagogy?

This entry was posted in Uncategorized and tagged pedagogy of discomfort, silence. Bookmark the permalink.

81 Responses to Boler and Zembylas on a “Pedagogy of discomfort”