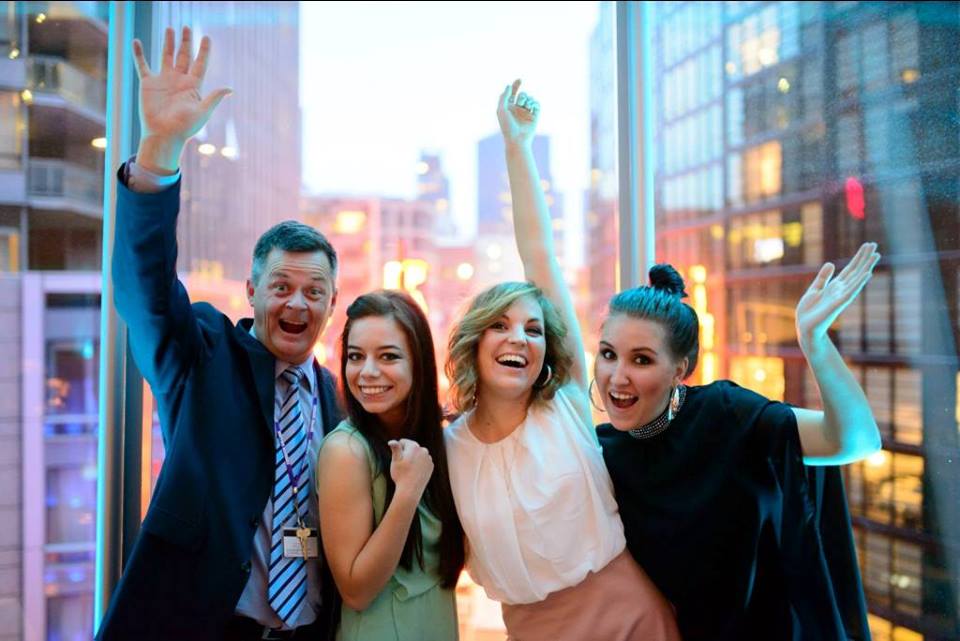 Our summer program, Globecom, was to be held in Boston at Emerson College. We were also invited to multiple PR related workshops in New York – the best city in the world (apart from Stellenbosch of course).  Since it was our first time travelling to this country, we were as nervous as we were excited. There was still a lot of administrative things to sort out – VISA’s, cash conversions and, of course, what to wear!

Since we were all female, packing was simple – pack everything! A girl needs her choices, especially since we were invited to various fancy events with Emerson College lecturers, public speakers, and many other important people taking part in our summer program. I started packing at least a month before we travelled. I couldn’t risk forgetting something or packing the wrong things! I couldn’t risk having to spend my money on clothes due to a wardrobe malfunction. So many other important things had to be bought – Starbucks coffees – duh. In order to reduce my chances of a wardrobe mishap, I constantly checked multiple international weather websites for forecasts during our visit. I checked the humidity as well, since cold temperatures don’t necessarily mean cold weather! Remember to leave some space for gifts as well!

Cash conversion was the second item on my list. I used a multi-currency card from ABSA in order to avoid having to carry around hundreds of dollars in my bag. I could block the card and get a new one almost immediately if it were to be stolen – Pick-pocketing is big in the US, apparently. In South Africa, I always receive text messages when doing a transaction and so I was worried about my spending habits in America, since I couldn’t receive my bank balance via SMS. I was, however, ensured that I could constantly check my cash balance online whenever I could connect to WI-FI (something America loves to provide for free by the way). I did carry some cash with me in case a store or market did not have card facilities available or when there was a possible minimum limit card purchase.

Then, it was VISA time. To my surprise, the interview at the US Consulate General Cape Town was not even five minutes long and it seemed more like a casual conversation than anything else. The administration and security checks were the stressful parts. If you did not have the right documentation in the right formats, you were not allowed past the first door. Some advice – call as many people as you possibly can and visit the website in order to ensure you have the right documents, the right sized photos, etc., and try to get an appointment for early in the morning. You are also not allowed to take anything else with you besides the documents needed for the application. You leave your belongings in your car. So, if your interview is running late, you won’t be able to let your mom know when to come pick you up – Just keep that in mind before the time.

After a 13 hour wait on London Heathrow airport and a very long flight we arrived in Boston, MA. We were escorted to our first American taxi ride by two Emerson College students waiting for us at the airport. Once we arrived at Emerson College the first question we asked – What’s the Wi-Fi password? Luckily they had free Wi-Fi so we could contact our worried parents after 24 hours of flying. The rooms were comfy, inviting and had enough plugs for us to charge our phones and straighten our hair – Happy customers.

Morning broke and it was time to explore – We had some spare time before the Globcom activities started. We grabbed a map and mapped out our activities for the day. First on the list – Getting our very first Starbucks, which was just around the corner – Very happy customers. After our first Starbucks experience, which was amazing by the way, we took a stroll through Boston Common, which one can consider a smaller version of Central Park or a larger version of Stellenbosch’s Botanical Gardens – Beautiful. Thereafter we walked around in absolute aw of all the amazing stores – Marc Jacobs, Diane Von Furstenberg, Vera Wang… And then Harvard University.

After a good night’s rest and a bit of Boston exploring, it was time for Globecom 2014 to commence. First we had a dinner with all the other students participating in Globecom 2014. 13 countries took part in this project so we had the opportunity to meet various people from different persuasions. We also had the opportunity to meet our international teammates with whom we did the Globecom PR project with weeks before. Throughout our stay at Emerson we took part in various PR workshops. These workshops included speeches from well-known business men and women in Boston, people who have previously served in the White House, yes, the D.C one, and various others. Sadly, the Boston experience had to end, but NYC was waiting.

After a few sad goodbyes to newly made friends from around the world we got on the bus and on our way we were. Four hours later we arrived in the busiest city I have ever seen. The hustle and bustle of NYC was much more intense than I imagined, but not disappointing at all. We arrived at our hostel, put our bags down and hit the city. First on our list you ask? Times Square, a Starbucks, the Empire State Building, the Statue of Liberty, the Museum of Natural History, Brooklyn Bridge…We just had to do it all. In between it all, we had various PR workshops. We visited the UN building, the Saudi Arabian embassy, NY1 News, Horizon Media and many others. What an amazing experience. Two pairs of shoes, 5 plasters, a much needed foot massage and hours of learning and shopping later it was time to say goodbye to the most amazing city I have ever been in.

Well, 10+ PR workshops, at least 20 Starbucks, 2 pairs of walking shoes and multiple blisters later it was time to head home. Luckily, I left some space in my bag for presents as we spent most of our free time in NYC shopping in Time Square. Not only did my bag and my body come back at least 5 KG’s heavier, but my phonebook as well. The most amazing feeling participating in Globcom 2014 was meeting all the different cultures, having dinner with them, learning their ways and becoming their friend. The only thing I do regret, however, is not taking enough camera batteries and space for photos – Take caution. Boston and NYC are two of the most exciting and beautiful cities I’ve ever been to – You will want to have at least 32 GB of space if you’re going for a week.

Once again we had to wait 13 hours on London Heathrow Airport. It was depressing being able to say you were in London for at least a day without being IN London. Nevertheless, we were glad to be heading home. We were tired, jet-lag and in need of food without oil, or having to run into another Dunkin’ Donuts staring at us. After a long and uncomfortable flight we arrived in Johannesburg. Luckily, we only had to wait about two hours before heading home to Cape Town. Once we arrived at Cape Town International we couldn’t be happier to see our families, but it was most definitely time for a nap.
After a much enjoyed and deserved nap, it was present time. Nothing like seeing the anticipation in your family’s eyes whilst they wait for they presents from America. Luckily I had special requests so it was easier to purchase gifts abroad. After all the washing, sleeping, presents and photo editing I could finally exchange some left over US dollars. The cool thing about the ABSA multi-currency card is that the amount withdrawn from the card exchanges the Dollar into Rand based on the current Dollar-Rand value. To say the least, I made a bit of profit whilst washing, sleeping, handing out presents and photo editing, so make sure you catch the Dollar-Rand value at its highest when exchanging – You might just get a few more bucks.

If I should ever go to America again, I would ensure that I stay a bit longer – There was still so much to see. We probably missed out on a few cool places due to our lack of planning clouded by our extreme excitement to see absolutely everything. But, in the end, we managed to get a whole lot done in the little time we were there. If I can give some advice – If you were to visit America, and especially NYC, plan to visit each major tourist attraction for an entire day. We kind of rushed through everything to get to everything, so we couldn’t fully enjoy and soak up everything each attraction had to offer. Oh and another thing, everything on the menu, is tax free. So don’t get a fright when you see your card balance is more than you anticipated.