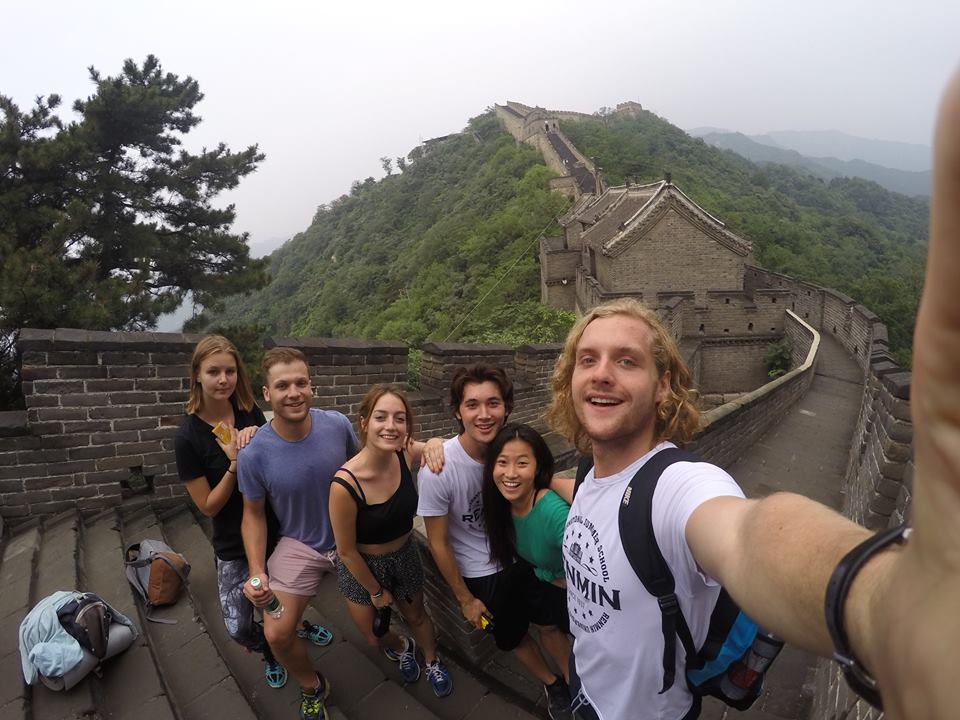 Before my departure to the east, I was very much entangled in a thick web of deadlines and administration. Having found out that I was accepted into the summer school program, I was of course overwhelmed with excitement. Following that initial excitement, I realised that we were already half way through April, and that the summer school would take place in June/July, thus putting significant pressure on me to prepare and organize everything. Although being excited once I was accepted, I was somewhat harrowed by the feeling of anxiety knowing that I still had to prepare and sort out my travel plans, visa documents, flight tickets, insurance and all the other necessary formalities. Not until these things were finalised did the feeling of excitement and anticipation really set in. So to help overcome the stress and anxiety that I experienced right up until just a few days before I left, I would recommend:

Have All the Right Documents Ready: When applying for a Visa at a foreign embassy, it is very easy to skip an instruction and forget a certain copy of a document or even have one too few passport photos. I strongly advise to make extra copies of everything and try and get the visa application out of the way sooner rather than later.

My experience at the Renmin University of China was truly amazing and also enriching, in more than just an academic sense. I was placed in an International Student’s Accommodation Dorm on the campus, with all the other summer school participants from other universities. We were all welcomed warmly and the summer school office at the University office did their best to ensure that we were all settled comfortably and happily.

In terms of the summer school program itself, there were many initiatives put forward by the university to offer us a wholly enriching experience that went way beyond academic growth. The university was in Beijing, and once a week there was an excursion for the international students to go and see a different famous landmark or tourist attraction in or around the city. On my second day at the summer school, we all went on an organized trip to go and see the Summer Palace in Beijing. A week later, there was another organized excursion to go and see an infamous Chinese Acrobatics show. In my final week there was also a bus trip out of Beijing to see the Great Wall of China.

In terms of the academic side of the summer school course, most students are all doing different course which they signed up for whilst still in their home countries. The majority of students were doing two courses (usually a language course- in this case Chinese) and then an academic course generally related to their course back home (but not necessarily). In Stellenbosch I study BA Law, but (with the PGIO’s advice), I used the summer school as an opportunity to broaden my academic horizons and learn something from a field which I was not familiar with. The variety of options for the different available courses was really long, and I was pleasantly surprised by the immense amount of options I could choose from. All the courses have their own schedules and some vary in length between two to four weeks. Based on my over-all travel plans and my need to be back in Stellenbosch to start the next semester, I found a course which coincided perfectly with my dates, and of which the subject matter also interested me immensely. The course was called “Creativity and Innovation in Business and IT” and was two and a half weeks long. Unlike most of the other courses which had two or three classes a week and lasted for 3 or 4 weeks, this course had 4 classes a week. Each class was three and a half hours long, from 14:00 to 17:30. All of the summer school courses’ classes were three and a half hours long. At first we were all quite shocked by this lengthy lesson structure, but were able to get used to it quite quickly.

The classes were quite small and intimate, with a maximum of 30 students per class. The lessons were thus very engaging, with a lot of contributions from students. My lecturer was also very skilled and interesting, and from what I heard, so were the teachers from all the other courses. I learnt a great deal in my course and am very happy with my choice and that I had the opportunity.

Returning to Stellenbosch and South Africa was quite a daunting prospect, because I had missed the first week back, and knew that I would arrive and be overwhelmed with academics, deadlines, essays etc. However, when I got off the plane at Cape Town International Airport, I lost all sense of worry, and was definitely happy and relieved to experience that feeling of ‘home’. The air quality in Beijing was overwhelmingly bad, so stepping off of the plane and breathing in our clean, African air was a real treat and great feeling. I would definitely say though that I was sad to leave Beijing and particularly the University, because I had made the most amazing friends at the summer school from all over the world, and it is always sad to say goodbye to such people, after forging such strong connections.

Overall, coming back to Stellenbosch and being thrown back into the feeling of “same old” was rather strange. I felt like my experience had opened my consciousness up immensely, and that I was to a large extent a “changed” person upon coming back. Thus, as nice as it is to go to class with your old class-friends and to be back with my friends in Stellenbosch, there is something inherently strange in the whole matter, as most people don’t really understand the shift of perspective which occurs after such an experience. Unfortunately, Stellenbosch is often characterised as a “bubble”, and if any certain characteristic can be ascribed to this bubble, it is that it’s a relatively static bubble. Things generally feel and stay the same in Stellenbosch, and thus arriving back with a massive shift in perspective made it hard to re-adjust to the static nature of Stellenbosch.

But in general, when reflecting back on my experience, I can most definitely say that it has enriched me personally in the most profound of ways. Just being in a different, international university setting has made me realise the extent of opportunities which exist abroad to further pursue my studies.

After this trip, I can definitely say that I have been infected by the “travel bug”, and I am itching to go abroad again. The experience at the summer school has also made me very interested in pursuing a master’s degree overseas,  not only for the sake of academic and personal enrichment, but quite simply also because being an “international student” at a foreign university can be one of the most fun experiences possible.

The people I met, the places I got to see, the connections I got to make and the growth that took place within my heart/mind/soul all contributed to the fact that I can call my 2016 Summer school experience one of the best times of my life.

I will always be extremely grateful to the International Office and their amazing team : ). 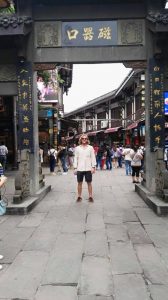