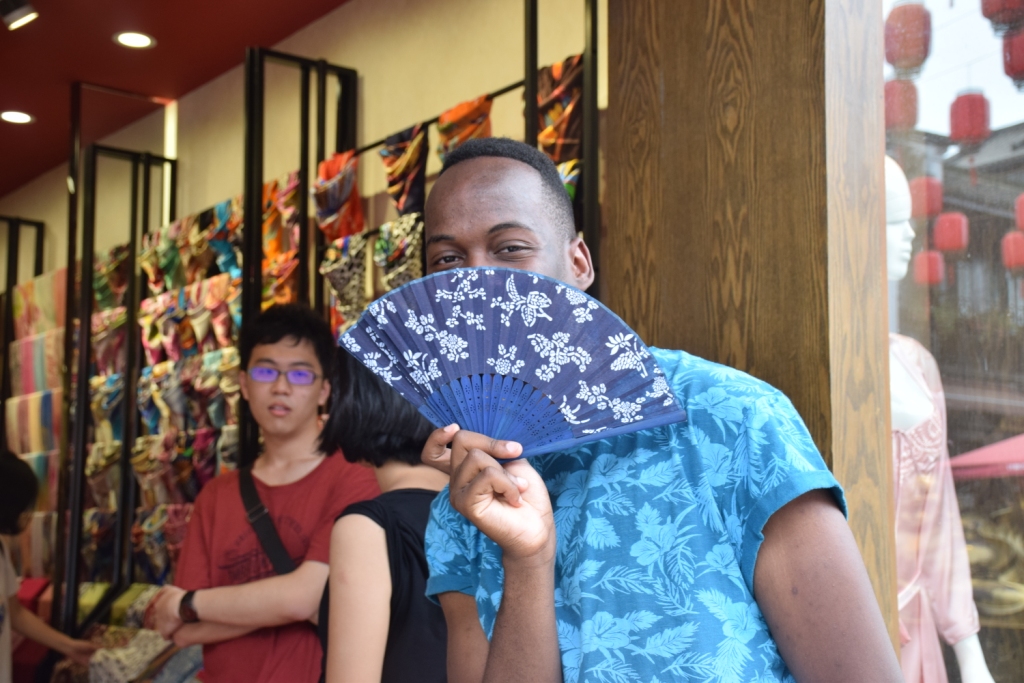 “If somebody offers you an amazing opportunity but you are not sure you can do it, say yes – then learn how to do it later” – Richard Branson.

As an individual with wanderlust, I have found it logical to take every chance that comes my way to travel the world. I had never been to Asia, therefore when the Zhejiang University International Summer School was advertised I saw it as a moment fashioned for me. The summer school was offered by the university’s School of Management (SOM).

The advert came at a short notice just before the A2 exams. Studying engineering can take its toll on you at times, so I thought why not take a break from it for a while, and to China we go! That way I could find my inner Zen. I thought it was only open for accounting and commerce students but upon reading the fine print (always read the fine print!) I found that it was open to all students. Due to the newly formed partnerships between Zhejiang University and Stellenbosch University, the costs were subsidised from accommodation to tuition which made the prospect even more enticing.

The acceptance notice I received  halfway through my exams. It was difficult to balance the excitement of imminent travel and study stress at the same time. In less than 10 days, I would have to sort my visa, money, flights and departure. Thankfully, I was provided with a travel bursary to help cover part of the flight costs. The Chinese consulate is one of the most efficient embassies I have come across. The visa process took less than 3 days with flight tickets being their main requirement beforehand. My advice is to book the flights as early as possible due to the rate at which they fluctuate.

Finally the day of departure arrived. Everything had fallen into place for the time being as I had not received all of my results, but I left that in God’s hands. I could not contain the excitement. It was finally happening!

What happened next was unforeseen and borderline tragic. There was some miscommunication with regards to airport pick upon arrival. As a result I ended up unintentionally exploring the beautiful city of Hangzhou. Truth be told, I was lost in a foreign land with no means of communication. I could not even call my mother, virtually no one spoke English around me. Everything was in ‘simple’ Chinese characters.

Eventually I made it to the hotel where I would be residing for the next three weeks. I was met by the SOM students representatives who were very welcoming and willing to help us settle into what was a new experience for most. 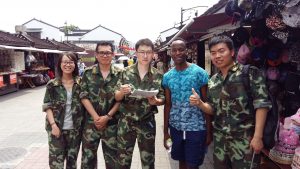 The majority of the students on the program were from Hong Kong who, like most, wanted to get a first-hand taste of such a reputable institution. There was another Stellenbosch student (Jaen-Pierre) on the summer school. For us both, the first week came as a major culture shock as we had to adjust to the ways of the Chinese . All our Southern African inclinations seemed to be non-existent, no social networks, and no braaing! In a way, it led to a better cultural absorption although it felt like we were alienated from ‘our’ norms.

Why am I actually here?

In the first week, we got to learn about the theoretical aspects of Doing Business in China (DBIC). This was done through lectures and company visits. Lectures were delivered by world class professionals who had industry experience in both the Western and Chinese economies. The first impression I had of China was based on its stern communist structure. However, this was far from the case.

The business models in China had capitalistic overtones due to the government having a laissez-faire approach to the economy. Coupling this with the reputable work ethic of the Chinese has led to them becoming the world’s strongest and most progressive economy.

All the knowledge we were receiving had to be put to valuable use. What better way to do this than a group project! The groups had varied backgrounds due to the global impact of the university. My group consisted of a Kazakh, a Brit, Taiwanese, Chinese and a Zimbabwean. How diverse!? I saw this as an opportunity to learn how to deal with people in a professional environment. With all these cultural differences around me, I realised the need to acknowledge and embrace our backgrounds. In this way we can see the world in a different light and have a better understanding of our surrounding.

The project’s aim was to develop a business plan for a product specific for the Chinese market. My group chose to address the issue of education. Education in China is placed in high esteem and plays a huge role in the social constructs. We saw this as an opportunity to tap into a market that is far from saturation. The target group was high school and tertiary students, who by nature are very competitive.

The need to be always better in a heavily populated society meant that the need for extra tuition was there to be exploited. Our research had a practical approach where we met with students to gauge their opinions on the issues in education. This was different from the calculations and practical work I was used to in engineering,  it was interesting and highly informative nonetheless. The overall project was a success with my group finishing as runners up. The knowledge and skills I gained in the process will be very valuable in the near future.

It was not all work and no play. Most of the afternoons were used for cultural visits within the city of Hangzhou, which hosted the G20 summit recently. We got a taste of how life was in the time of the Song Dynasty, when the city was the ancient capital of China.

However, the stand out experience for me was to visit the Shanghai on a weekend getaway. I realised that reality is only limited by the degree by which one is willing to be ambitious. I could have ignored that email but there I was on the 93rd floor of the Shanghai world financial centre enjoying the captivating scenery. 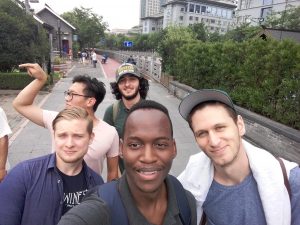 Upon returning home, I realised that this was the end of the long trip, but the beginning of a world adventure. I learnt that I could combine my current degree with another from a different course. The aim is not to be jack of all trades but rather to increase the skill set in preparation for the competitive world. The next destination is likely to be the Americas.

The world is full opportunities waiting to be seized. I would highly recommend anyone willing to travel to have a look at what is out there. Lastly, thank you Zhejiang University and the Global Engagement Center (GED) for giving me the opportunity to fulfill my dreams of learning and travelling! 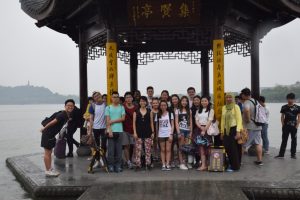