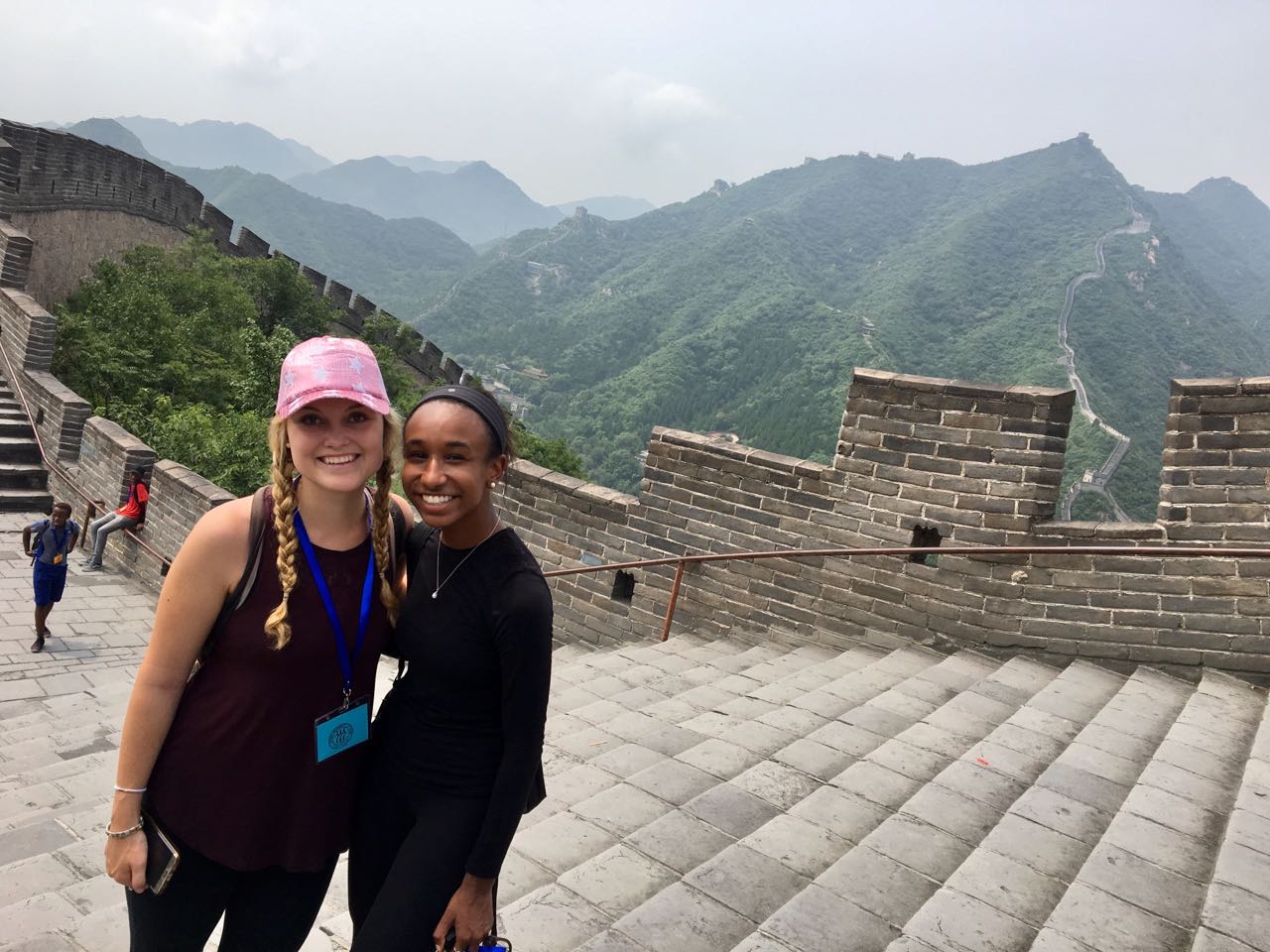 The preparation period for a summer school abroad is quite a tricky time. I found out that I had been accepted to study in China during my mid-year examinations, not the most prime time. I had to juggle the excitement of planning my trip and researching all the sights I wanted to see, as well as registering for my summer school courses, booking a visa appointment, checking for reasonably priced flights and securing accommodation. All of this over and above preparing and studying for my crucial third year examinations. Although it was a lot to deal with, thanks to good time-management and caffeine, I managed to get through it.

The visa application was effortless, I booked an appointment online (it isn’t necessary to make an appointment, but it is recommended) and handed over a folder of documents (passport, copy of passport, photos, admission letters, flight details etc) to the official helping me at the Chinese consulate. 3 days later I returned to collect my passport and visa. Piece of cake!

Having never been to China before I was completely in the dark as to what to expect on my travels and what to bring with me. I am going to compose a short ‘Must-have’ list that would have helped me so much having been here:

Some other important advice that I wish I knew before I came, in Beijing most of the shops do not accept credit cards or world traveller cards (from Bidvest etc). Using cash or paying with WeChat (a concept I don’t fully understand) is practically the only way of doing transactions here.

In general, the preparation period was extremely exciting. SU International at Stellenbosch University were very helpful and I was in constant contact with a representative official from Renmin University who was always willing to answer my questions, and very promptly at that. Renmin University also allocates each foreign student a ‘buddy’ who is a full-time student at Renmin. My buddy was very helpful and if you have any questions, personal or general, they tend to be very eager to help and assist in any way possible. I recommend asking absolutely everything that is worrying you beforehand, it may seem like you’re being annoying, but rather come here fully prepared. 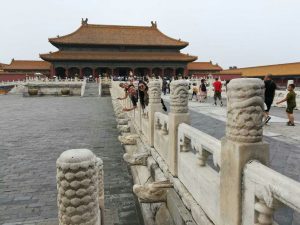 I landed at Beijing airport after a rather ‘interesting’ journey. I flew SAA from O.R Tambo International airport to Hong Kong and then AirChina to Beijing. My flight in Hong Kong was delayed, and this was when I realized that there was a serious language barrier. Throughout my stay in China my communication with locals was either through a friend who could speak Mandarin, or more commonly, by pointing and rather original hand gestures accompanied by frantic google-translate searches. At first this was very daunting, but you quickly get used to it and the challenge becomes enjoyable.

My first thought when I landed in Beijing was, “How can I already be sweating?” Well, get used to the sweat because it is your constant companion for the next month. It is humid and boiling hot every day, even when it is raining (pouring more like it). Unfortunately, the rumours about the pollution are true, most days there is a smoggy haze overhead and the air has a chemical smell. However, it was never bad enough to warrant wearing a mask and I got used to it quite quickly. 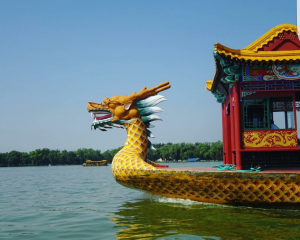 My favourite aspect of the Summer School was that I met some of the most interesting and incredible people during my stay in Beijing,  people from all different paths of life visiting from every inch of the globe. I made friends that I know I will keep in touch with, and I have already planned to visit them in my next overseas adventure, whenever that materialises. Meeting a good group of friends to travel with made all the difference, on days when I didn’t want to go on solo adventures (which I thoroughly enjoyed) I would just send a message to the WeChat group we were all part of, and every time at least one other person would join your travels for the day. The nightlife in Beijing was a highlight for me, I had some of the most fun I have ever had and most night ‘jols’ continued into day ‘jols’. However, spoiler alert, the concept of a ‘cold beer’ does not exist… even if the beers are in the fridge, they will still be lukewarm.

Now onto the actual reason (kind of) why I was in Beijing, the summer school. I chose to take Real Estate Investments as my academic subject that was relevant to my course back at SU, it was very interesting and my lecturer was enthusiastic and passionate. However, it was difficult to muster up the motivation to attend a three-and-a-half-hour afternoon lecture three times a week, especially when there was so much exploring to be done. The course was more focused on investments in the USA (as that is where my lecturer was from), thus it wasn’t always completely relevant to me coming from South Africa, but the concepts and what I learned will make this module easier to grasp when I get back to SU. My ‘fun’ module was simplified Tai Chi. Firstly, I strongly recommend taking a culturally-enriching subject that isn’t related to your course back home, to broaden your horizons and just to have some fun. Secondly, and I may be bias, Tai Chi is the best module offered at the Summer School. You won’t regret learning this form of martial arts, learning about Chinese culture and history through movement and beginning your search for inner peace. 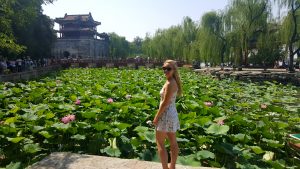 My advice for the month you will spend in Beijing, do absolutely EVERYTHING. Go visit all the popular sites, hop on the subway and get off at random stops and explore the local areas, bargain with the local vendors, try the exotic (sometimes gross) food and take in what you’re taught during your summer school courses. You can deal with the exhaustion when you get back to South Africa.

Talk about an emotional experience. Even though I was only in Beijing and I had only known my new friends for 3 weeks, China had completely stolen my heart. I was torn between the excitement of eating ‘normal’ food again and seeing my friends and family back home, and the heart-breaking reality of saying goodbye to people not knowing when I may see them again.

Getting to the airport is quite an easy feat, I just hopped on the subway and after a few changes and a small cost I was at Terminal 3. Unfortunately, my flight was delayed AGAIN, this time by almost 12 hours (apparently it is very common for domestic connecting flights in China to be delayed, so when you book your flights make sure you give yourself ample stopover time before your international flight back to SA). This meant that I missed my flight from Hong Kong to South Africa and had to stay in Hong Kong for 24 hours before I could catch the next flight out. I was an emotional wreck, at this time all I wanted was to be home with my family but instead I was stranded in Hong Kong with no cash (they use HK Dollar in Hong Kong, not Yuan). Thankfully the airline put me up in the hotel next to the airport where I enjoyed free food and Wi-Fi. When I (eventually) landed back in South Africa, I was very relieved. The first thing I did was take a deep breath of fresh air (something I hadn’t experienced for 3 whole weeks!).

I spent one day at home and then flew down to Stellenbosch to start the second semester. The term had started a week earlier so I had a weeks worth of work to catch up on and admin to sort out, which was a bit daunting and difficult considering I was still struggling with jetlag. However, I managed to catch up on all that I had missed and I wouldn’t have changed a thing about my travels.

The opportunity that Stellenbosch University awarded me, to attend a Summer school abroad was one of the most enriching and enjoyable experiences of my life. I learned so much about new cultures, my mind was opened and my horizons were broadened. I loved teaching people (and bragging) about South Africa as much as I loved to learn about others’ homes and cultures. I am so grateful that I was selected to go on this incredible adventure and I would STRONGLY recommend it to anyone who is considering it. If I could go again next year, I would. Without a doubt.