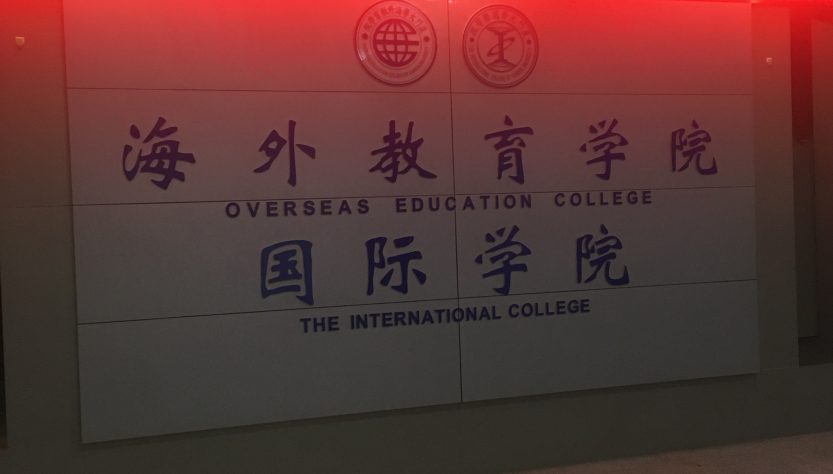 My semester exchange was at Xiamen University in Fujian, China. In the months before the trip, much of the preparation was done by conducting research on the internet. A crucial piece of advice is that a VPN should be downloaded onto a phone or computer before departure. This is so one has access to Google based websites as well as others. The process of applying for a visa is a relatively straightforward one, but it is important to make sure that you have all the necessary documents; like passports, acceptance letters among others ready when you apply. This will make the process much easier. If you do encounter any problems, such as losing an important document, you can just consult Stellenbosch University International for help.

Another important thing when applying for a visa is to know exactly how many days you will be in the country including the days of departure and arrival. This is so that there is no possibility that you will overstay your visa or face any complications later. The visa took roughly five working days to be processed and payment was done upon collection.

It is preferable to arrive in Xiamen a day or two before registration as I found this gave me enough time to organise myself as well as make it easier to get to the university early for registration. Hotels in China are reasonably priced and it is easiest to make a booking online before you go. It is advisable to either keep a hard copy of your booking or put an electronic copy on your phone. Another thing to do before you depart is to exchange some money. As it is much more expensive to do it at the airport, rather go to a bank or a foreign exchange trader. Having some cash on you at all times is crucial as it will be useful in many situations, like hiring a taxi to your hotel, or just buying essentials once you get there.

Just in regards to registration at the university, it is very important that you withdraw at least a few thousand yuan in cash beforehand, which can be done either while still in South Africa or once you are in China, but this will make the process of registration a much smoother as well as quicker one. It is also a requirement to pay for accommodation in the dormitories with cash. Another tip is to arrive at the campus early on the morning of registration as this will save you having to stand in long queues. Lastly, before you go it is also helpful to just spend some time immersing yourself in some of the culture, be it music, videos or others. This will make things easier to adjust to once you arrive.

The experience at Xiamen University was an interesting as well as enriching one. I stayed on Xiang’an campus. In terms of the academic programme I had three different types of classes. As I was studying Chinese language, these classes were all language based. I had speaking classes, listening classes as well as grammar classes. These classes were made up of only foreign students and had roughly twenty to twenty five people in them. As Xiamen does not have an equivalent to an Honours programme, I was placed academically at an undergraduate level.

The timetable you were given very much depended on which level of class you were placed in. Classes were from Mondays to Thursdays and I had Fridays as well as weekends off.   We had grammar classes four times a week, whereas we only had speaking and listening classes twice a week. Unlike Stellenbosch, where classes last about forty five to fifty minutes, classes in Xiamen were around one and a half hours each but with a ten minute break in between. This did take some getting used to. Another thing which is different from Stellenbosch is that there were times that we made up classes that we had missed, due to holidays, on the weekends. It was strange at times being told to come in on Saturday afternoon for class, but this made me realise just how seriously the Chinese take their studies. We were given exercises from the textbook to do every day as well as being asked to revise and preview for every class. This was more important for the grammar classes.

One other interesting element which can be said to be different from Stellenbosch is that there seemed to be a much higher level of student teacher interaction inside as well as outside the classroom. My teachers were very keen to make sure that all the students understood the work as well as generously offering to give up their weekends to help students who were struggling. This demonstrated just how much my teachers cared about their students as well as their academic performance. You can call or text your teacher whenever you have a question and do not need to make a personal appointment. As well as this class attendance is crucial, as it is part of the overall grade, and if a student has an attendance rate lower than seventy percent then they will be denied the right to write the final exam. The final mark of a student combines class attendance with class performance, along with the midterm exams and final exams.

Other activities included going to visit various cultural as well as historical sites and getting to see a little bit more of how local people live. Prices in Xiamen are also extremely cheap in comparison to South Africa, so one can get a bit carried away when shopping! Another thing I had to get used to was, that as campus was so big, I had to cycle everywhere. Xiamen University does have many events for students so they are fantastic opportunities to get to know local Chinese students as well as other foreign students. This experience has definitely helped me be bolder when meeting new people.

After a few months of being in China, I started to become very homesick for South Africa. I missed the people, the food and the atmosphere amongst other things. My experience in China has definitely changed my perspective on a few things. One of the main aspects that I realised whilst I was there was that there are certain stereotypes that the Chinese have of South Africa as well as Africa in general. Many Chinese people who asked me where I was from could not believe that I was from South Africa. Many questioned if I was joking and I even had one teacher say “this is the first time I have seen an African with a white face”. I came to the conclusion that for them, African means ‘black’ and so it is rather difficult for them to wrap their heads around the fact that there is such a thing as a ‘white’ African. Another thing is that many did not realise that South Africa is a country on its own, and is not a region of Africa. Some assumed that we were from ‘Southern Africa’.

Aside from that, another thing I realised was the difference in safety between China and South Africa. It was certainly a strange feeling when I realised that I could walk back to my dormitory at one am by myself and not have any problems. I could also leave my door unlocked and not be fearful that I would have items stolen from me. This made me think a lot about the crime rates in South Africa and how many people do not feel very safe. The difference in attitude to education is also notable, as for the Chinese, education is of great importance and they take their studies extremely seriously. It was only once I was in China that I began to understand what a relatively relaxed attitude and culture that South Africans have to education and studying.

My exchange programme was definitely an amazing experience and it is one I will cherish. One of the most enjoyable things was getting to meet and become friends with so many people from all over the world and who have such different cultures and backgrounds. Certainly for me, I began to learn how to come out of my shell a little bit more and be so much more confident, as prior to this trip I would be extremely nervous whenever I had to approach a stranger. As well as this being away for an extended period of time made me appreciate my own country more. I do intend to go abroad in the future, as I have found that this experience has taught me many things about myself and has helped me become more familiar with a completely different and fascinating culture. I would definitely recommend this experience to anyone who is looking to broaden their horizons.