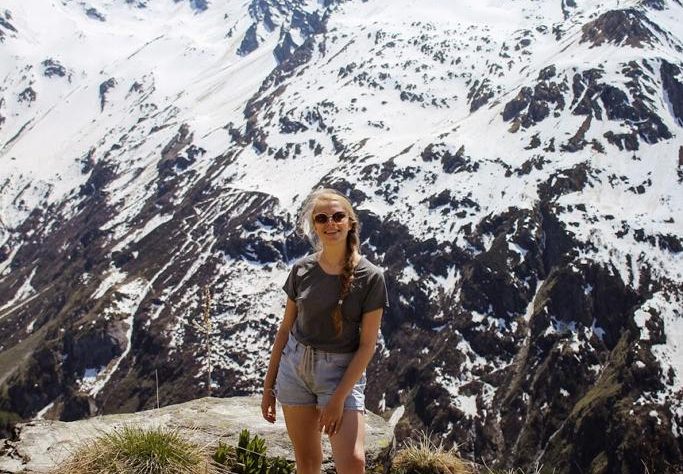 Pre-departure is a blur of paperwork and ceaseless emails. I thankfully already had a European passport, so I didn’t need to apply for a Visa, which made things slightly easier. The Learning Agreements were the most difficult thing for me, because Lausanne University had a very different system which I had to figure out on their website and with numerous emails and trips to the Stellenbosch International Office. I had to change my Learning Agreement various times too, because when I arrived in Lausanne, I realised many of the courses I had chosen didn’t exist anymore. Fun. But despite the endless back and forth, the huge amount of documents to submit and the long wait to hear whether I was accepted for the exchange, it was all worth it when things started coming together and I started counting down the months, weeks and days until my departure. Packing was great too – music playing loudly as I decided which clothes to pack and which books to take along (top tip – less is more! I ended up frantically throwing out unnecessary clothes and books five minutes before leaving for the airport because my suitcase was too heavy). I arrived in European winter but realised very quickly that I needn’t have packed that many jerseys – you end up wearing more or less the same outfits a few days in a row anyway. It depends where you’re going, but I packed cutlery and crockery and it wasn’t actually necessary because there was already some at the student accommodation I was placed in. And there were already clothes hangers too.

The months I spent in Lausanne were some of the best of my life. Their academic system was quite different, mainly because of their evaluations. They mark you from 1 to 6, and don’t test as often as in Stellenbosch, so most modules only required one essay or one oral presentation to validate the course. This lack of constant assessment meant I could learn other things, like French. The French I had learned at university was very different to the French spoken in everyday situations. I had a tandem with which I met once a week, and we would walk along the lakeshore and speak French and German (she wanted to learn German), and that helped me so much, just being able to practice. My French flat mate was also a huge help, because he spoke a lot of slang, which was super fun to learn! Although I had some friends with whom I spoke French, I fell into the trap of spending most of my time with exchange students, and thus ended up speaking mainly English and German. They were just very nice people in the same boat as me, which made it easier to connect. Swiss locals were kind, but already had their cliques and were difficult to befriend, especially seeing as most modules/courses (they were more like seminars, very specific topics) were only once a week, and so there wasn’t much time to cement friendships as one didn’t see the people all that often.

Besides French I learnt a lot of valuable life lessons, even if they seemed small. I learnt to live away from home, to cook and vacuum and do the laundry myself, to go to the bank and the municipality, etc. I learnt how to travel with metro and train and find my way around foreign cities. I gained a lot of independence in that way. I also travelled a lot within Switzerland and Europe during my time there, which opened my eyes to so many languages and ways of life. I met incredible people, and especially when I hitch-hiked through Provence, France, I got to speak to the locals (and practice my French!) and experienced travelling in an entirely different way.

I had the most amazing exchange and was incredibly sad to have to leave beautiful Lausanne and say goodbye to my new-found friends, but I was also really excited to return to South Africa. During my time abroad I gained perspective on my life and South Africa. I realised that South Africa, no matter how enchanting overseas countries are, is my home, and I will most probably stay. I may study overseas and will always love travelling, but I decided I wanted to give back to South Africa some of that which it had given me. I changed my entire career plans because of this new-found appreciation for South Africa and the beautiful natural world that I feel needs our help. Needless to say, I now tell everyone and anyone who will listen that they simply must go on exchange. It was such an important experience for me, which came at the perfect time. I learnt so so much, not only academically but more importantly about myself and the role I want to play in this world and more specifically in South Africa. I now have friends and connections all over the world, who all contributed to my change in perspective. Everyone I encountered influenced me in some big or small way. I will definitely try to do another exchange, and will always travel to new places, knowing that I will also always return home.