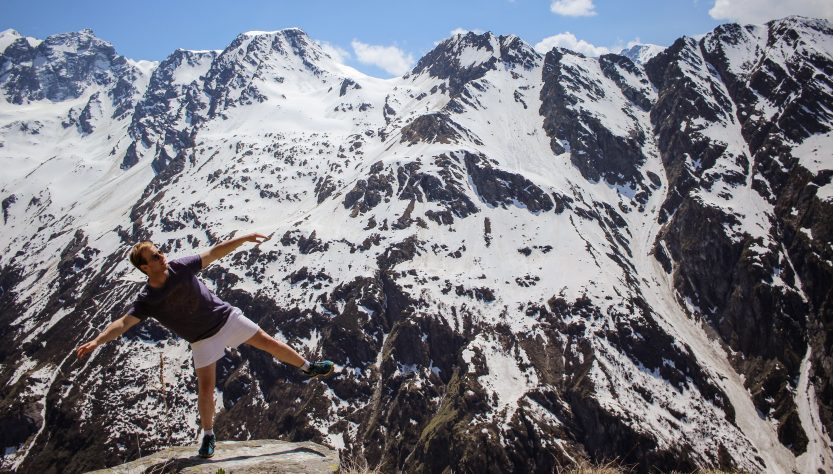 “What can I say?” is the answer I have to give anyone who asks me the question, “How was exchange?”. What can I say? If you asked me about my studies I would tell you stories for hours about the enormous libraries where I spent many hours diving into endless resources and discovering new interests. If you asked me about Bern I would need a week to tell you of this magical land found deep in snow covered mountains, a real-life fairytale, and buildings older than time. If you asked me about friends it would take a year to tell you of the laughter and dinners that became dancing and singing, and how it still hurts to have said goodbye. If you asked me about travel I could tell you of being on the top of the world, in warm limestone streets, amongst art beyond anything one can remember besides what it made them feel, and places deep down in misty moorlands where the world was all mine for miles around. I would need a lifetime to explain all of this, all of the feelings and sights and places and people — most of which I am still making sense of myself. It still feels like a dream, but I know it must have been real. Whatever it is or was, it is a story that I love to share.

The most important decision of my exchange was deciding that it was something I wanted to do. Having clear reasons for wanting the experience that comes with an exchange makes the sometimes tedious and challenging steps to achieve it far more bearable. The courage to step out of your comfort zone and to be willing to open yourself up to a considerable level of uncertainly already shows an admirable determination. I decided to go to the University of Bern in Switzerland because it allowed me to continue my studies in German, whilst also offering fascinating courses in English and Philosophy. Moreover, I feel like Switzerland is a place that many people know exists, but don’t know much about it — and I wanted to find out more for myself.

I have dual-citizenship with an EU country so I didn’t have any stress around visas, which allowed me to focus on other areas of preparation. To say Switzerland is expensive is an understatement, sometimes I found myself thinking, “how dare you charge me that much” or rather “wie kannst du es wagen, mich so zu belasten?” or rather “comment osez-vous me factored mutant?” or rather “come osi farmi pagare cosi tanto?”…Switzerland has many languages, but that doesn’t give them the excuse to charge R65 for an espresso. Anyway, I knew I had to make sure I would be financially secure before I arrived. To achieve this I ran a fund-raising campaign where I hand bound (with help from my mother and girlfriend) five hundred notebooks, which I sold during the December holidays. The campaign was a great success and it enabled me to support myself over there without living solely off potato soup and bread.

I tried not to overthink my exchange too much before I left South Africa. I did not want my unsubstantiated anticipation to cloud any of the opportunities that awaited me, so I “went with the flow” so to say. It was not my first time abroad for an extended period of time, but Switzerland was certainly the most different place I have ever lived. Almost every inch of ground was covered in snow when I landed in Zurich, and my train ride down to Bern felt like a scene from the Polar Express. My first day was packed with the usual administration of getting a cellphone service, groceries, learning how the trains worked and familiarizing myself with the area. Most of the other exchange students hadn’t arrived yet and it was tough doing everything alone. However, soon all the admin was sorted out and that left me with time to explore and get to know my new exchange student friends and city.

Walking from the train station to university each day became one of the greatest pleasures of the exchange. Anyone who is lucky enough to have visited Bern will tell you that it is a gorgeous old city surrounded by high snowcapped mountains. Bern dips into a small valley that runs along a beautiful, tree-lined river, Der Aare. My university building was the first Toblerone factory (although we didn’t get any free chocolate).  In terms of the work itself the main difference between my modules at Stellenbosch and at Bern was the level of flexibility. Humanities students at Bern have a wide variety of seminars and courses to choose from, and can mix and match them as they choose. There was a module for every interest and we were welcome to test out as many as we liked for the first two weeks until we found our perfect fit. In most of my modules the students presented the topics and lead discussion more than the lecturers. Lecturers acted more as mediators who ensured we all stayed on topic.

It was difficult to make friends in the classes themselves though, it seems that the Swiss students totally separate socializing and studying — which is fine, unless you have only lived there for a matter of days and studying is the most social thing you have done all week. Over time, however, I found my friends and we wasted no time in exploring the beautiful surroundings that Bern has to offer. We went hiking in mountains and over frozen lakes, ice-skating and had many snowball fights in which I, coming from Durban, was severely outperformed by my northern counterparts. We ventured to the surrounding towns and took in some museums and learnt more and more about the history of Bern and Switzerland as a whole.

My strongest friendships were formed with the other exchange students in the residence where I lived, and the tradition of us eating dinner together began. As the residence didn’t have a kitchen and students are notoriously lazy cooks I saw another opportunity to raise some money for traveling, and thus James’s Four Franc Feasts was born. Twice a week I would serve a meal that people could buy a portion of for four francs. Four Franc Feasts became incredibly popular throughout my stay and it allowed me to save up enough money to really live in Switzerland rather than simply surviving. Sharing a meal with everyone at the end of the day became an important aspect of the exchange for all of us. As incredible as the places we visited were, and how excited we were to be studying in such a beautiful and cultured country, I must say that my fondest memories of the exchange occurred in the kitchen and around the dinner table with my new family of friends.

Some weekends and holidays I was privileged enough to travel to the surrounding countries and got to experience different cultures even further. Sicily, Germany, Austria, England, Wales and Portugal were all places I got to see. Through travelling I developed skills beside those of living and studying in a new place. I was able to make comparisons between the various places I visited and thought critically about what I could learn from each one in terms of culture and society. Most of the learning done on exchange happens through observation of the different cultures you come into contact with.

Whilst in Europe I was able to experience the mass movement towards a more environmentally friendly world. My interest in environmentalism followed me into lectures and discussions with my new friends and it was inspiring to see the willingness of young people worldwide to address the environmental emergency.

During my exchange I made the decision that I would like to focus my future career towards benefiting the environment and working in the realms of environmental development and Environmental Ethics.

Going on exchange was one of the most significant experiences of my entire life. As extreme and cliché as that sounds, it’s true. No other experience has allowed me both the inspiration to make decisions and learn about myself, as well as allowing me the space to consider these decisions in depth and act on them. Furthermore, my appreciation for South Africa and hope for its future was greatly influenced. I was given the opportunity to view South Africa from a distanced perspective, as well as through the eyes of many foreigners. This forced me to critically consider the situation back home, and it developed a natural desire in me to play a greater role in the betterment of my country. I was also given the opportunity to compare and contrast my life in South Africa to the lives of students in foreign countries. I was amazed at how, in many ways, our experiences as students are very similar, and we can support each other and share ideas to make all our student experiences the very best they can be.