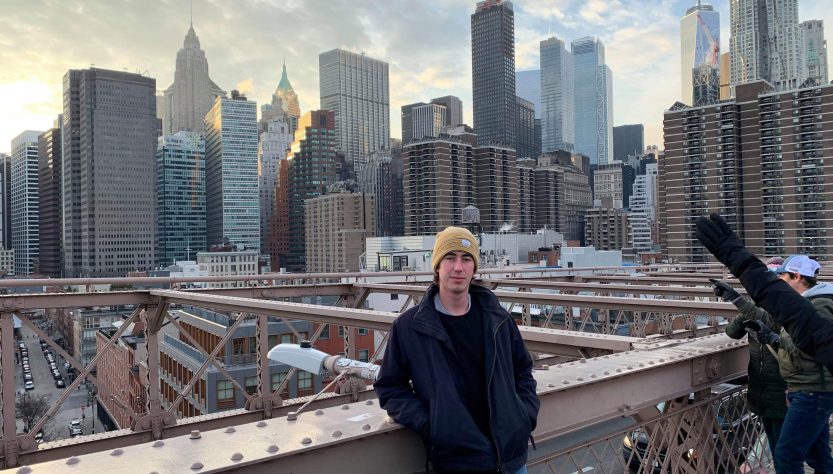 My name is Aiden Timberlake, and last year I was lucky enough to have the opportunity to spend a semester abroad on exchange at North Carolina State University – which was awesome.

After the opportunity was made available to the 3rd year M&M group, I thought that my chances would be rather slim (who out of 300 students wouldn’t want to go on a exchange to the US?) So, I took my chances and went to the information session to find out more details.

Fast forward a couple weeks and my application was in, and I was patiently waiting to hear who would be selected for the exchange program. It was a sad Friday afternoon in an EDS tutorial when I got the email saying that I had been accepted for the exchange!

Before leaving SA there were several things which had to be done to ensure my participation in the exchange program:
1. Visa
2. Secure accommodation
3. Book flights
4. Health insurance
5. Vaccinations
6. Select courses (at overseas institution)

This is where my situation did get a little bit complicated and caused A LOT of unnecessary stress, since a lot of these things were secretly dependent on each other…

I had been accepted at the host institution for the exchange, but I had to still apply for accommodation on campus. So, I did complete the necessary application for on-campus housing, but I failed to complete a secondary application to stay in what they called a village. This village application was necessary for me to be accepted to stay in a dorm, and therefore I did not get a spot. This had an enormous knock on effect for me because I did not have accommodation secured up until the end of June (I was already on holiday when I got the news, first semester was already done!) It was very unclear up to this point whether I would be participating in the exchange as I would not have been able to pay for private accommodation overseas (which would’ve been over 650 USD per month).

With my DS-2019 only allowing me entry into the USA up until the 14th of August, I had exactly 6 weeks to book a visa appointment, get it approved and delivered. This was probably the most stressful part of the process. But nearly R6000 later, after mountains of paperwork and an early morning drive into Cape Town, my visa was finally being processed! And after a lot more stress, I finally got my visa the day before I was due to fly out of the country.

While the visa was the most time-consuming part of the organization process, the vaccinations were also a hassle. That is why I recommend getting this sorted as early as possible. I had a lot of back and forth with the vaccinations because the country was experiencing a shortage of one that I needed. Also, if you are required, for example, 2 more booster shots of a particular vaccine, you can receive one – then wait a couple weeks (even months) and then get the other. Basically, it can take longer than what you expect it to so just try get whatever you can get done as early as possible! Also, healthcare in SA is A LOT cheaper than healthcare overseas so if you are concerned about the cost, get it done in SA!

The health insurance which the university offered was around $1300 (USD) for the semester, but I was able to find a local one which met all the requirements for around R3000. So, if you are keen to save an extra buck, just put in that little extra bit of effort.

Lastly, the course selection was also a rather cumbersome process as we only got the opportunity to select classes long after the US students had selected theirs. This resulted in most classes being full, so I was on the waitlist for most of my classes (I still ended up getting all of them though). My timetable ended up being nice though, with no classes on Fridays!

After all these things were sorted, I was ready to begin my adventure overseas! 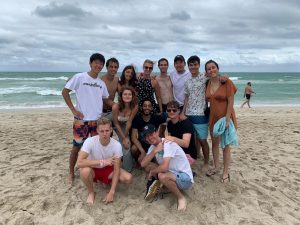 The experience at NC State was unbelievable. Campus was huge (there was a bus service to take you around) and beautiful. I found it very special to be able to experience campus life at such a university.

To cut to the chase – the university was everything you would expect from a US university. Super-fast WiFi everywhere, services that actually work, campus is spotless, campus police presence is noticeable. The amenities were cutting edge – multiple libraries on campus, all equipped with the best facilities. For example, left your laptop at home but you need to study at the library? No problem, choose between hundreds of Macbooks and Windows laptops which can be checked out of the library for 8 hours at a time. Laptops not really your thing? Don’t worry, there are iPads as well. No study space on the first floor? Why not go check that quiet corner out on the 7th?

What I also really enjoyed about living on campus was having the everyday meal plan. This thing was GOLD. This meal plan allowed me access to all dining halls on campus, where I could swipe in every half an hour, to eat to my hearts content of ALL YOU CAN EAT buffets. Yes, all you can eat, all day every day… Not only did it make my stomach happy, but it also completely removes the need to carry cash (or even your card) around. It just frees up pocket space and also makes campus that little bit safer and convenient! Also, if you weren’t feeling like a dining hall at that moment, there were multiple student centres (like our Neelsie) where you could get various meals from pizza to sandwiches to sushi to chick-fil-a, all covered by the everyday meal plan.

Campus life was super stimulating. My timetable was arranged so that I had no classes on Fridays, and my classes from Mondays to Thursdays only started at 11:45 earliest. All this free time had me thinking that while I was sleeping in every morning, I could potentially be making money doing an easy job on campus – rather than just sleeping. So, I got on the campus website and applied to multiple jobs (which ranged from being a library assistant to working at dining halls). I managed to score a job working as a barista at an on-campus coffee shop. This job was really cool as I met so many people through it and also made quite a lot of money, which I used to travel!

The academic program was similar to Stellenbosch in a lot of ways, and also very different. First of all, there is no engineering test week (!!!) which at first seems like the hugest blessing ever – until it’s the last week of class before final exams and you have 3 projects due + a report. Basically, because they don’t split the terms up into separate times of testing and class, you end up sometimes having these horrible weeks with a test on the Monday, test on Wednesday and Thursday and a project due for Friday. This gave me a new appreciation for test week! Otherwise, the workload was pretty like Stellenbosch in the sense that we had homework to hand in for our classes every week, which was marked. The main thing that stuck out for me though is that the teaching style at NC State was very much spoon fed: if you go to class and do the examples and homework, then study that for the test, you will not get anything you haven’t seen in the test. They were very straightforward and did not get the intuitive part of my brain working at all. Cool to get 90s for tests though!

Other than class and work, I spent my times at a lot of sporting events (Football, Soccer, Basketball, Baseball and Ice Hockey). All of these were free for students to go to. NC State is in the ACC league for Football, so those games were always huge, and were always preceded by a tailgate.
One major perk of going to the US is being able to see all of your favourite music artists! I managed to see many of my favourites including Future, Post Malone, Meek Mill and Swae Lee all in Raleigh! Definitely checked some things off my bucket list here.

I felt obligated to travel whenever I had the opportunity. Over fall break about 16 of us took a trip down to Miami for 4 days where we stayed in a hostel close to South Beach. That was an awesome weekend! (Figure X) Just soaked up the sun, drank cocktails and did some classic tourist activities.
After the semester ended, I went to NYC for 13 nights (over Christmas and New Year) which was amazing. What a beautiful city. Super cold though! After NYC I spent 3 nights in Washington D.C. just to get the touristy things out of the way, before heading back to Raleigh to catch my flight back home. 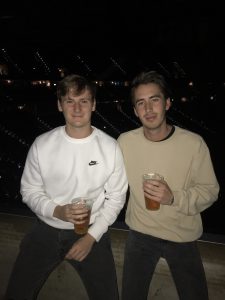 Returning to Stellenbosch was super exciting but also sometimes confusing. It was confusing in the sense that I was returning to a place where I had always known what was going on, and suddenly I was as clueless about what was going on as I was when I had arrived in the USA. Nevertheless, things cracked on at Stellies (as they always do) starting with our pre-semester Statistics Block course, which is an online class presented before the first week of the semester. Suddenly after being on what felt like a holiday for 6 months, I had to get my brain working again!
Before I knew it, my last o-week was over and it was my last first day of my university career. Extremely daunting knowing that I would need to choose a skripsie topic in the coming weeks…

But all in all, returning to Stellenbosch was a positive experience. There is a saying that goes “Home is not a house but a feeling” and I feel like that sums up how I felt perfectly. There is just something so special about the place that we call home! After being in the US, I really have an appreciation for the diversity and beauty of our country. After my travels I can truly say that I am proud to be South African!

A year ago, I would never have thought that my life would be how it is now, and this exchange experience has completely changed my life forever. I have absolutely no regrets and I wish everyone could experience it. My plan now is to just get my degree and to head over to the UK next year where I will be able to get a few years of work experience and just take it from there!