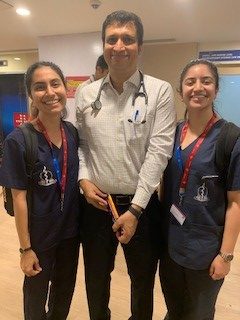 India 2019 – a trip that started off as a small thought back in 2016 and with time, developed into a 5 week journey filled with adventure, laughs, arguments, compromise and everlasting memories…

Having only travelled overseas a few times before, I knew that this trip was going to be a challenge for me and required meticulous planning from the get go. Thus, my three fellow classmates (and soon to be travel buddies) and I created a Whatsapp group chat in which we communicated our plans.  Here are a few steps that we followed in order to cover the essentials: 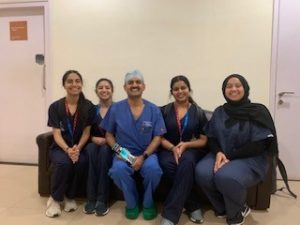 We arrived in Mumbai on the morning of October 24th.  After collecting our luggage and passing through airport security, we each exchanged some dollars and created our kitty from which we purchased one sim card valid for the month. We then paid for two taxis and made our way to the apartment that we had booked on Airbnb. The air was hot, the atmosphere stuffy and I couldn’t wait to have a shower and take a long nap. We stayed in Mumbai for three days in which we bought 3 more sim cards (at a cheaper price than what we had paid at the airport), explored the streets, indulged at the infamous Delhi Darbaar and met family of one of the girls. Those three days flew by and before we knew it, we were on a flight to Bangalore.

Bangalore, commonly referred to as Bengaluru, is the capital city of the state of Karnataka, situated in the South of India. The official language spoken is Kannada. With a population of over 10 million, it is known as the IT capital of India and is also famous for its abundance in silk and sandalwood. There are approximately 50 medical universities in India, of which 12 are located in Bangalore. 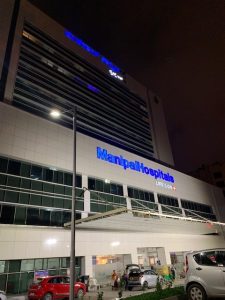 Arriving at Manipal Hospital on our first day, I was surprised to find that not only were there taxis and rickshaws readily available to transport patients but valet parking was also offered to those who arrived in their own vehicles. On entering, I realised that Manipal was by far the busiest hospital I had ever seen and rightly so, judging by India’s population of 1.4 billion people. There were self-registration desks, a separate lounge for international patients, multiple pharmacy counters and even traffic officers to avoid overcrowding in the passageways, all of which I had never seen in South Africa.

We were directed to the superintendent’s office after which my clinical partner and I were placed in Oncology Surgery for the first week. We were able to observe our first robotic surgery performed using the Da Vinci system. Surgeries included a simple hysterectomy, total mesorectal excision, abdomino perineal resection and a sigmoid colectomy. Thereafter we were placed in General Surgery where we attended OPD and watched a laparoscopic gastric bypass surgery. Our third and fourth weeks were spent in Cardiology and Cardiothoracic Surgery. We spent many days in the Cath lab observing angiograms, pacemaker and stent placements. I was also fortunate enough to observe my first open heart surgery which happened to be a triple bypass.

After our 4 weeks in Bangalore, we made our way back to Mumbai, making sure to book our internal flights on Air India as they provided us with a 25 kg checked in weight and 7kg hand luggage allowance. We stayed in Mumbai for further 5 days to explore and do street shopping before leaving for home. 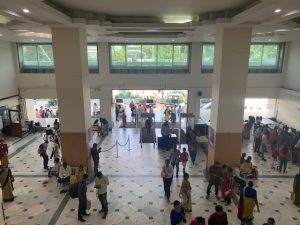 On arriving back in South Africa, I was left with 4 weeks of holiday in which I reflected and reminisced my trip to India. I couldn’t believe that my friends and I had successfully planned and executed our electives abroad. A lot of hard work, patience and time went into it but it was well worth the effort. I was incredibly impressed with the healthcare system as well as the doctors, nurses, workers and not forgetting the food, atmosphere and my overall experience. I would highly recommend India as a destination for an elective as I myself cannot wait to return to the country and cities that stole my heart.