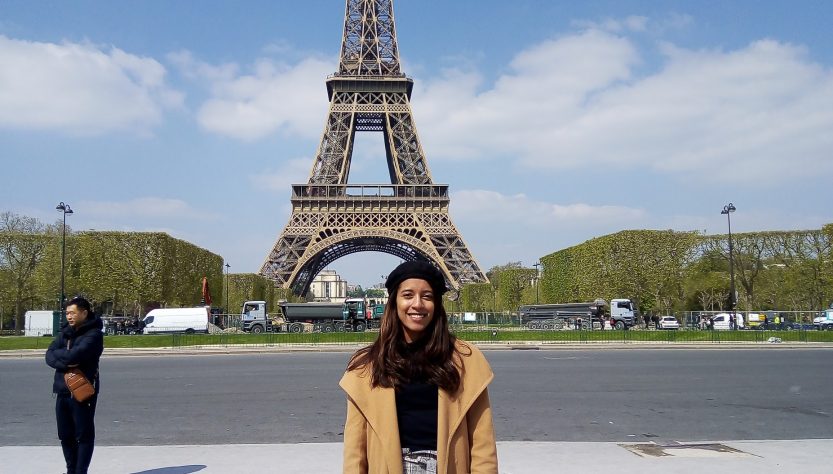 What an experience, I am changed forever. Thank you so much to Stellenbosch University for allowing me to get to France to play an international piano competition. This was one of the greatest experiences of 2019 and I had no idea it would happen to me.

In February 2019, I applied for the International piano competition in the town of Gagny, France. As a musician one applies for all opportunities then you just wait and see which one comes your way. The entry required recordings of me playing piano as well the repertoire which I planned on playing at the competition.

I almost forgot about it until I received an email stating that my application had been accepted. It was so surreal! I could not believe that I was somewhat ready to compete on an international level. I sort of just thought to myself, okay you got in, but there is no way you will be able to go. I was so thankful when a friend told me about the international office and that I could apply for a travel bursary which would cover the flights to get to France and back.

Before leaving for France:

There is a lot of admin before planning an international trip, I was extremely lucky that everything just worked out in time. First, you need to book your flights and accommodation, only after you have done this can you apply for your visa application online. The application process is quite long, whereby they give you the nearest available dates to visit CAPAGO in Cape Town to finalise your VISA. The type of Visa you need is a Schengen Visa now luckily with this Visa you can book your flights before getting the Visa. Always check this detail because all VISA applications have different requirements. It is important to make sure that you have travel insurance and that you are covered medically because anything can happen.

My visit to CAPAGO did not take very long, I was quite lucky in this regard as well. Make sure to fill out all the necessary forms required for the Visa. When you go to your Visa appointment have all your documents organised and ready. Only bring the documents that they list on the website and put them in the correct order beforehand. This helps the process go faster. If you are looking for affordable accommodation overseas always check Airbnb and not only hotels. Airbnb, in my opinion, offers so much more than just a hotel room. You can cook for yourself and it is affordable. Buying groceries works out much cheaper in France than eating takeout. Living this way helped me to save a lot of money. Google maps will become your new best friend. Try to plan your travelling before you get there and the costs involved. It is much cheaper to use buses and trains in the country itself instead of uber. When I arrived in France my host family was kind enough to explain exactly which buses and trains I needed to get onto to get to the Conservatoire of Gagny. By the second day, I was good to travel there without assistance.

In between all of this I had to practice and prepare for the competition, graduate and get ready to go overseas. The competition organisers were very informative and helpful and gave practicing space before our arrival however, we could only access this space for up to 2 hours daily. This is not enough, my lecturer offered to lend me her keyboard this proved as quite a challenge to carry/ travel with however I managed. I was very thankful to have this instrument to practice on and it fitted perfectly into the Airbnb where I stayed. My Graduation was on the 4th of April and I left the 8th for France.

I have never been more scared in my life. At this point, I was not nervous about the competition at all but very scared about the travelling part. I love to fly that’s not the problem, what scared me was being in an unknown airport and place. Many people who I spoke to already about their travels in France told me the French are unfriendly and they do not speak English. I quickly tried to brush up on some of my French 178 skills, but it had been 4 years since I spoke the language. At Cape Town International airport, the keyboard and keyboard stand had to go to oversize baggage counter, I hoped that it would land safely in France.

The flight was a straight flight which took about 13-14 hours. When we landed in France, my nerves started, first I had to access my suitcase then find the keyboard. It is so strange to be in a foreign country, and hear people speak. Usually, I liked to eavesdrop on conversations but this was not possible. The biggest shock was the size of the trolleys at the Cape Town International Airport we have such nice trolleys for our luggage, these trolleys were quite small. There was no way I would be able to fit all my baggage on it. When I got to the oversized baggage area I asked the flight assistant working there in French if they could speak English. He spoke a little. He was very friendly and helped me with my luggage to the exit as well as to load it in the uber.

When I arrived at the Maison (house) that I booked on Airbnb, I was quite excited to start finding my way around but also exhausted. My hostess helped me carry my luggage, her name is Maria she was very kind but could not speak English at all. She sort of explained and showed everything to be in the separate entrance where I stayed. My first mission was to find the nearest supermarket thereafter I went to go practice at the Gagny conservatoire.

Preparing for the competition and sightseeing a little in Livry Gargan:

As a South African we have natural alertness when being in a public space. I found myself walking into the station being very aware of my bag, my cellphone, and my wallet. As well as on the train and once I got off the train and had to head to the conservatoire. At times I had to remind myself to relax a little and enjoy the ride.

The facilities at the conservatoire were quite old however, everyone was really friendly and helpful. At the station, people helped me if I asked for directions or which train to get on. By the third day, I found myself taking the train a little more relaxed and at ease.

On the second day I decided to walk around a bit in livry gargan it is a small town and there is not much to see. I went to the Chateau De La Foret and visited the Parc Lefevre. I was thankful to stay there because the groceries were cheap and the quality of the food in the supermarkets was fantastic. I wanted to see Paris but I did not want to tire myself too much before the competition.

The competition was on Thursday. I had a feeling of immense gratitude that day. Thankful that I could be there and that I had gotten this amazing opportunity to play. The performance went well, however, I did not go through to the final round. Before playing I heard some of the other pianists warming up and it was amazing to hear so many other people doing. 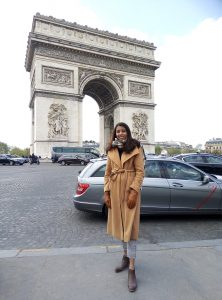 This was probably one of if not the greatest experiences of my life. I wish I had more time to see Paris. Getting to Paris was quite tricky from livry gargan and it would be my first time taking the metro train. So there are different types of trains the metro runs throughout Paris and to the airport. Then there is the RER this was the train line I took and it runs to Paris. Buses are running in Paris as well, but the Metro is much cheaper and faster. How I got to Paris was by taking a bus to the Metro station this was quite a long trip. When I got a ticket for the Metro, it was quite scary how fast it was but afterward, I appreciated it. My first mission in Paris was to get to the Eiffel tower, I made a list of all the places I wanted to see. I forgot how exciting but tiring sightseeing can be. Paris is magical, even though it was cold. It’s a city I would not mind seeing in any weather. My first view of the Eiffel tower as seen below was completely picturesque, I gasped.

In planning for sightseeing, I had this long list of everything I wanted to do in one day which turned out to be near impossible. I barely made time to eat or just sit down a bit and relax this is very important. After seeing the Eiffel tower and taking a ton of pictures I was famished. I sat down at Cafe Eiffel and enjoyed an Onion Soup, Hot chocolate, and Creme Brulee. All of these dishes were perfect. I sat a bit after eating then decided I would walk around a bit and just see what I found.

Thereafter, I continued walking and eventually google mapped myself to Champs Elysees, and walked up the street to Arc de Triomphe. The Arc de Triomphe was very busy, there were lots of people and cars driving on the road. I wondered how they all knew which way to go as the road was quite busy.

After a long day of sight-seeing, I was quite tired and headed back to where I stayed. The next day I packed my belongings in preparation for my flight back. On the flight back to SA I sat next to a South African who lived in France. This trip taught me a lot. What stood out is the importance of language, whenever I addressed a person in France for direction/ train/ bus help, I greeted them in French and tried as far as possible to ask for help in French. At some points, I would ask, “ Parlez- vous Anglais?” To which some of them responded a little or not at all. The importance of Language and identity has never played a bigger role than when you are away from home. I have chosen the following quote by Trevor Noah which expresses this beautifully. ‘ Language brings with it an identity and a culture, or at least the perception of it. A shared language says we “ We’re the same.” A language barrier says, “ We’re different.” The minute I addressed people in their language there was an openness and a willingness to help.

Upon returning I received my videos and recordings as well as feedback from the competition organiser. I am very grateful to have received such extensive feedback from Antoine Bouvy on my playing and for this opportunity. I was very lucky throughout my travelling experience, wherever I asked for help people were very friendly and offered help.