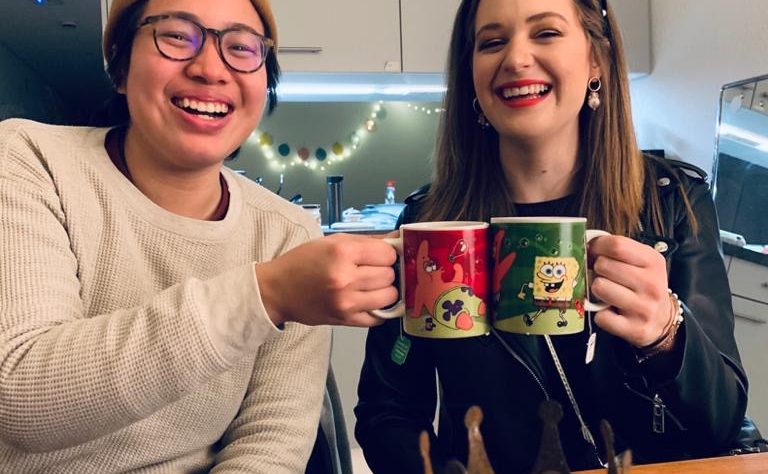 I had always considered study abroad to be an amazing experience I had dreamt to partake in some day, but had never thought it would materialize. After befriending Julia, the exchange student from Pforzheim University, hearing about her daily life, and witnessing her design prowess – my resolve strengthened. Thus, when an exchange programme to Pforzheim University in Germany that previously did not exist, materialized, it seemed natural that I would apply. 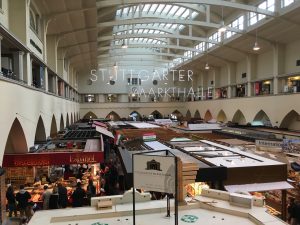 The application process was overwhelming at the start. Being a Visual Communication and Design student, I had the added obstacle of compiling a portfolio of my work. However, once getting through that initial obstacle, with the acceptance email fresh in my inbox, the real work began.

A memorable experience was choosing from the long list of exciting subjects on offer as well as obtaining a letter from Pforzheim that all of my subjects would be taken in English. At this point I spoke to my humanities lecturer and after deciding that nothing I could take would match the course material of my Sociology module, it was decided that I would take the module next year, and I would complete an online exam while on exchange.

Unperturbed I, waded through the mountain of admin that needed to be completed for visa applications. A crucial component necessary in the process was finding a German health insurance. The difference between public and private health insurance was confusing and hard to navigate but in the end I chose AOK health insurance which covered everything that could go wrong, and proved a good choice. Another component was setting up a blocked account. The function of this is to prove you have the means to live in Germany. This is calculated by the average amount of money it costs to live in Germany (which changes frequently) multiplied by the number of months of your stay. This resulted in an upfront payment, which would have been a huge financial burden if not for the scholarship I was awarded by the Barden Wurtemburg Stipendium, leaving my co-payment at a low 400 euros. With this information and the many copies specified in my plastic folder, I headed to the German embassy in Cape Town. On the way I made a new friend, Liam, a Stellenbosch student passionate about travel who drove me to the embassy free of charge, thanks to the exchange office.

After swiftly receiving my visa, financial aid from Stellenbosch University arrived in the form of financing my flights. At this point I began searching for accommodation and after desperately scouring studeierendenwerk websites for student housing, applying to every place I could, and incessantly emailing the Pforzheim exchange office and hostel coordinators, I finally got offered a sublet in a student house of 6, 2 minutes from the university- Holzgartenstrasse 31. This proved to be one of the secrets of success to this exchange as the short commute on the cold winter days was vital, the local grocery store- Penny was right next door, and my closest friends were my housemates. 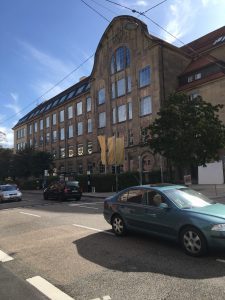 Upon arriving in Germany my first few days were spent in an Airbnb, doing more paperwork, exploring the city and sourcing supplies for my room. One notable expense was a new matrass, which is never provided in student accommodation. But, with a quick trip to Ikea, I furnished my room (and dented my mom’s credit card) with minimal stress as it was delivered to my apartment soon after.

Upon arrival, I excitedly toured the campus in the welcoming tour, became acquainted with the university social clubs, Cameo and Asta, and signed up for extra-curiculars. I chose to do hip hop dance and yoga ( the latter being a huge mistake as yoga instruction at a fast pace entirely in German although humorous, proved to be the opposite of relaxing). It then became time to attend classes and it became clear that the subjects I had chosen were not in English, despite the official assurance letter. My new subject choice was based solely on English instruction but thanks to some dedicated lecturers willing to teach exchange students in English in their lunch breaks and some classes taken in English, as well as others being pretty self-explanatory, all was not lost. I ended up taking User Interface Design, Drawing, IT Pre-Press, and Business and Advertising.

Attending class was nothing short of pure joy, as the subjects were engaging, lecturers passionate, classes small, and schedule was sparse. The free time in my schedule allowed me to fully develop passion projects with the guidance of experts and the top technology, resulting in app interfaces, IOT products, AR designs, and a view of design far broader than my previous visions of arranging a few elements on a poster. The semester work was exciting, but very different from what I was used to, which resulted in hours of YouTube tutorials learning 4 new design programmes which the other students already knew, which lecturers expected us to catch up on in our own time.

A semester of work fueled by inspiration resulted in a final exhibition showcasing fashion, industrial design, transportation design and innovation. The general atmosphere, celebratory beer on the veranda, and interacting with other students made this one of the highlights of my exchange. This was heightened by subsequent internship offers that I received, and profitable sales of artwork produced on my exchange (in euros!).

Another roadblock encountered was arranging to write my Stellenbosch online exam. Arranging an invigilator, time change due to daylight saving hours, and technical difficulties resulted in a lot learnt by all parties involved, and I would advise completing all exams before leaving, if at all possible.

The small town of Pforzheim which I was perpetually told by German students was ugly- was beautiful in my eyes. Sure, the grey concrete merging with the grey sky was less encouraging at times, but the close proximity to the Black Forest, free bus transportation and great location in relation to Stuttgart and other vibey towns made it magical. My experience of the city was characterized by Berliner buns at the local market on Saturday mornings, watching the ducks swim in the river crossing the town, salads at Dean and David, Korean food at Seoul, and coffee at Caphe en der Ends. However, do not think Sunday brunch is an option as it is customary in Germany for all stores to close on Sundays for families to enjoy time together (remember to get groceries before this time!). 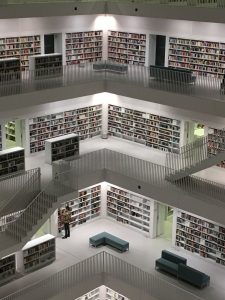 The university events took place on main campus, a 20-minute bus-ride away, so when I made it to them I had a great time, and fondly remember proudly bringing my melktert to exchange dinners to showcase South Africa in the best light. However, most of my friends were from the design campus, and were exchange students from Singapore, South Korea, Taiwan, and Slovenia. We bonded through late nights in the well-stocked cafeteria, exchanging stories and standing in the cold waiting when our train home got cancelled late at night in Frankfurt.

However, my best friends were undoubtedly my German housemates. Their initial reception was a bit frosty, as with most first German encounters, but after producing my Amarula soaked malva pudding at a house dinner, and recounting my stories of home, they agreed to speak English with me (as my German was clearly hopeless). Living with a fashion design student, a Jewelry design student, a Product designer, a business major and a sustainability master’s student resulted in riveting conversation and fruitful collaboration. A few house parties ensued as well, however the German way of frowning upon raucous drunk behavior, created a calm yet jolly atmosphere, and fostered deep interpersonal connections. Additionally, I was lucky enough to be adopted into a German friend group, which allowed for invitations to student parties and meeting new people, although these interactions were often tiring, as only German was spoken, and I strained to understand.

Other highlights included attending the Barden Württemberg Stipendium annual meeting in a converted abandoned powerplant, A life-changing trip to Berlin with a housemate, sampling Butter-pretzels and Kinderchocofresh, seeing Banksy artworks in museums in Stuttgart, Black Friday shopping deals, touring every Christmas market I could find and gaining a new found sense of independence that was encouraged by the safety and (relative) efficiency of German life.

Upon returning, I struggled to reintegrate into the Stellenbosch community. The heavy course load was exacerbated by the 2 weeks of work I had to catch up upon returning, and the unexplained magnitude of the change I had undergone was hard to sum up in the response to the standard “So how was exchange?”. Things seemed louder and dustier than I had previously remembered, but the Pulp coffee was sorely missed.

I am very grateful for the funding that made this trip possible and thanks goes to the tireless work from the exchange office, the Barden Württemberg Stipendium programme, as well as my parents in that regard. I am uncertain what lies next in my journey, but after exchange I cannot rule out a revisit. At the conclusion of my degree, I would love to pursue an internship opportunity I received in Frankfurt, and possibly complete my masters degree in Future Making at the University of Pforzheim, Strasbourg, or Berlin. But perhaps this time I’ll learn some German first…