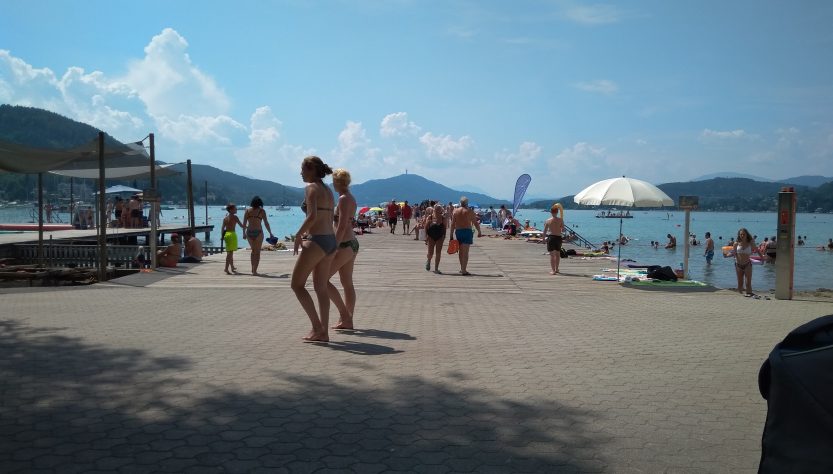 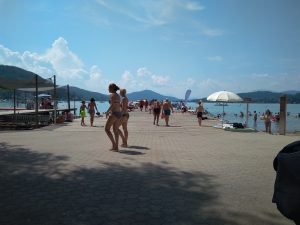 I attended the Algorithmic and Enumerative Combinatorics Summer School which took place in Hagenberg, Austria from 29 July to 2 August 2019. Along with this summer school, I decided to extend my trip to visit the University of Klagenfurt which is also in Austria, and spent a few days sightseeing in Vienna, Graz, and Salzburg as well.

I am an EU citizen, so I did not need to do any pre-trip administration such as obtaining a visa to enter Austria. However, since I was travelling around Austria quite a lot (the Austrian desk attendant at my accommodation in Vienna told me I had visited more places in Austria than he had), I needed to plan my train travel. This was a new experience for me, as I had never been on a train (or public transport) before this trip, and some things which seemed obvious to regular public transport users were very confusing for me. This can be made even more confusing when information is in a foreign language, so I would recommend contacting people at your destination who are familiar with train or bus schedules.

To make things easier (and cheaper) for train travel within Austria, I was advised to purchase a ‘vorteilscard’ which is a card which gives a 50% discount on all train travel. In addition to this, I bought a Summer Ticket for the train, which allows you (provided that you have a vorteilscard) to travel for free on all trains for a month. This worked out significantly cheaper than buying all of my train tickets individually, and also saved the stress of having to plan which trains to book tickets for – I simply got onto a train and showed the conductor my Summer Ticket. In total, the vorteilscard and Summer Ticket cost 80 EUR, while the total cost of all the train trips I took would have been just under 160 EUR.

Travelling from the southern to the northern hemisphere resulted in me leaving South Africa mid-winter and arriving in Austria in scorching heat. Of course I expected it to be warm, but I didn’t expect how hot it would be. While all buildings in Europe have heating for the cold winters that they have, it turned out that most buildings did not have air conditioning in 35 degree heat, so it is important to be aware of the heat and pack accordingly. Finding accommodation which has fans or air-conditioning is highly recommended.

Since you are dependent on public transport, I recommend getting day or week passes for the buses. In Vienna they have a transport pass which gives you discounted access to all trains, trams, and busses within the city. Public transport can sometimes only get you so far, and so there can be a lot of walking to do. I would recommend packing good comfortable shoes for walking long distances. 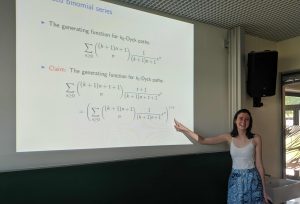 In Klagenfurt I was regularly taken to Strandbad, the place that people go to swim or do other water sports on the Wörthersee. At the end of the week I went paddle-boating on the lake which was one of the highlights of the visit for me. Another popular attraction in Klagenfurt is a place called Minimundus which has miniature models of various landmarks of the world. This was really fascinating to see, and by the end of the tour of Minimundus it felt like I had been on a world tour. There are not just miniature models of attractions of the world, but also reenactments of historic events, such as the moon landing. Here a miniature reenactment of the rocket launch drew quite a crowd. 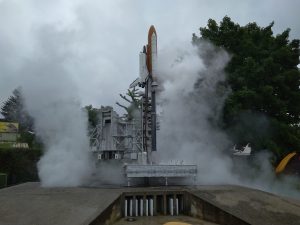 After spending a week in Klagenfurt, a postdoc from Klagenfurt and I travelled to the summer school in Hagenburg together. Travelling via train in Austria is a great experience since the Austrian landscape is very beautiful, with picturesque views of the mountains (including the Austrian alps), lakes, and rivers. In Hagenberg we arrived at our accommodation in a university residence close to the Research Institute of Symbolic Computation (RISC), who were the hosts of the summer school.

At the summer school there were three invited speakers who each gave a daily lecture along with a tutorial, and on the first day some other attendees gave talks as well. The invited speakers were Nicolas Broutin, George Labahn, and Alan Sokal, who were speaking about random trees and graphs, order bases, and continued fractions respectively. I particularly enjoyed the talks on continued fractions, and learned a lot from the various talks and experience.

One of the most enjoyable aspects of the summer school was the opportunity to meet and interact with other researchers in my field. I had heard of a number of people who were at the conference by seeing their papers online or through mutual friends, but it was nice to actually meet them. On Wednesday evening everyone at the summer school was transported to Hirschbach for the conference dinner.

A big highlight of the summer school was that one evening a summer school attendee who is a celebrated combinatorialist and former professional pianist, gave an organ concert in a church next to the venue. I have not often heard an organ being played, and never as well as that. It was really beautiful. One of my favourite things about Austria is how much classical music seems to be part of their culture.

After the summer school ended, I spent a few days in Vienna to do some sight-seeing. Vienna was a really magical city, with some beautiful architecture and a really excellent public transport system. While I was in Vienna, I went to the Albertina art museum which had some really interesting exhibitions on (including some of Picasso’s art).

I also went to several the famous Viennese restaurants or cafes as recommended by one of the people I met at the summer school. At the famous Hotel Sacher I had their specialty Sacher Torte which I have since tried to make myself in South Africa.

All in all, visiting Austria and the summer school was an incredible academic and cultural experience! 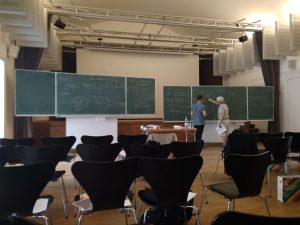 I came back to Stellenbosch in the second week of the second semester, and so I quickly became quite busy afterwards. Regardless, I missed Austria a little bit and even found myself missing parts of my trip that I was scared to do before I left – such as navigating the public transport system. Since experiencing an effective and convenient public transport system with trains and buses to anywhere you could possibly want to go, I have often thought how nice it would be if South Africa would also have such a system.

I realised that we are quite fortunate when it comes to the costs of living in South Africa. In Austria it would cost me 2 euros (R32) for a 500ml bottle of Coke, and a simple burger at a standard restaurant would cost around 9 euro (R144). At one point while I was abroad I stopped trying to convert currency because the cost of normal items could be quite expensive, particularly in tourist destinations such as Vienna. The price of accommodation was also very expensive compared to costs of staying in South African university dormitories for a summer school, or in affordable accommodation in a large city.

One of the biggest contrasts for me was coming back to South Africa and seeing the poverty that people in our country face. During my three weeks of travels in Europe I encountered only two homeless people, but on the streets of Stellenbosch it is not uncommon to encounter even two homeless people on the walk from your car to your university building. I found this difference quite sad.

I finished my masters degree a few months after visiting Austria and the summer school, and my experience abroad made me really like Austria. As a result, I decided to take a doctoral position at the University of Klagenfurt, which I visited during this trip. This was partially as a result of me having the opportunity to visit – the people there were so welcoming and friendly, and I really enjoyed their mathematics department.

I would really recommend international summer schools and international travel to anyone doing a postgraduate degree at Stellenbosch University. It is really an opportunity to grow academically and experience new places and cultures.