On a tiny remote island in the South Atlantic, a meteorologist in an isolated weather station captures atmospheric data from a hydrogen-filled balloon. This data is sent to the South African Weather Service for forecasting and research, as has been done every day since 1956.

Found at the edge of the “roaring forties” (between 40° and 50° south in the South Atlantic, so named for the constant gale-force winds), Gough Island is one of the Earth’s last remaining pristine environments. Uninhabited save for a small rotating team that runs the weather station, the volcanic island was declared a UNESCO World Heritage Site in 1995 for hosting some of the world’s most important breeding seabird colonies. 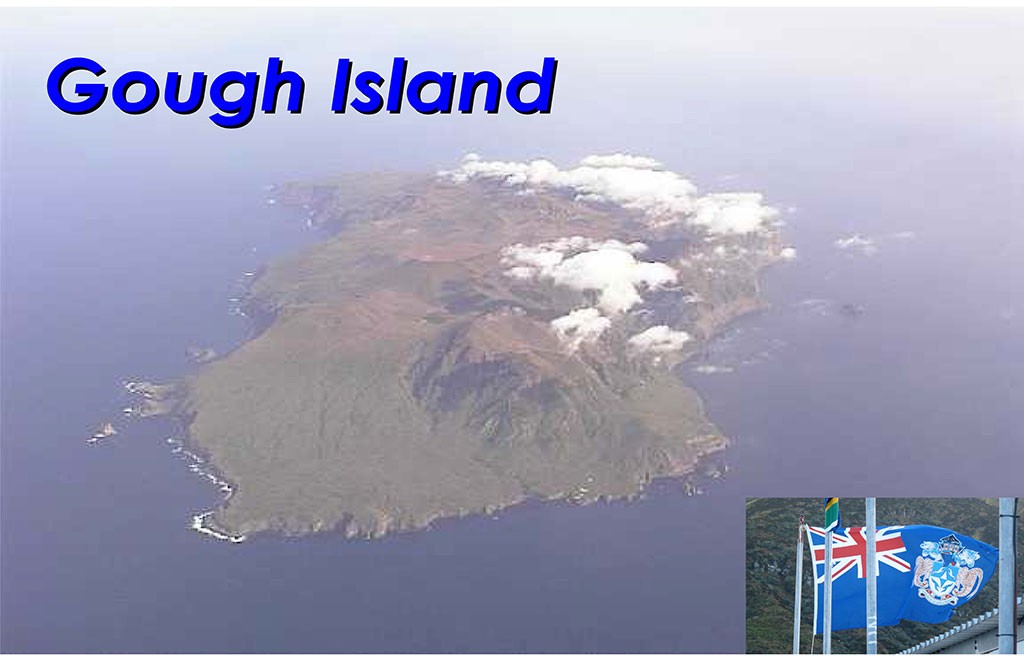 It was not so much Gough Island’s birdlife that first attracted South African researchers to the British-owned island as its position in the South Atlantic. Situated 2 600 km south-west of Cape Town and over 3 200 km east of South America, its value for collecting meteorological data has long been recognised. Prior to 1956 however, meteorologists had to rely on weather reports for this part of the world from ships crossing the Atlantic from South America.

A UK research expedition called the Gough Island Scientific Survey (GISS) in 1955 allowed the South African Weather Bureau (SAWB) to set up a rudimentary weather station on the island, run by meteorologist J.J. van der Merwe. Along with a station on Marion Island, the Gough Island weather station contributed its data to an ambitious international science effort known as the International Geophysical Year of 1957-1958.

By leasing the land on which the station was built from the UK government, SAWB (now the South African Weather Service) has maintained a continuous presence on the island ever since. Today, the station is managed as part of the South African National Antarctic Programme (SANAP) which also runs bases on Marion Island (LINK) and Antarctica (LINK).

Despite its remoteness, Gough Island has been a point of interest for hundreds of years, evidenced by the number of documented visits by explorers and sealers between the 1500s and 1900s. The island was reportedly discovered by Portuguese seaman Gonçalo Alvarez in the early 1500s and is named on early maps as “Ilha de Gonçalo Alvarez”. Over 200 years later, it was renamed “Gough’s Island” after Captain Gough of the British ship Richmond, who “rediscovered” the uninhabited land.

Allowing only weather-related and biological research on Gough Island should minimise human impact on its threatened and endemic plant and bird species. The repercussions of earlier visitors are still being felt, however. Whereas Inaccessible and Nightingale Islands have no introduced mammals, House Mice introduced to Gough Island around 150 years ago are wreaking havoc  among albatross and petrel chicks. An eradication effort planned for 2019 will hopefully leave Gough Island undisturbed once again.