In the Washington, D.C. winter of 1959, 12 countries pledged to protect and preserve the Earth’s coldest, most inhospitable and also most vulnerable continent. As one of the founding signatories to this Antarctic Treaty (Link), South Africa has had a long association with the southern-most continent of Antarctica. This dates back to the heroic age of Antarctica expeditions in the early 1900s, when Cape Town was used as a staging post for pioneering voyages by famous explorers like Robert Scott and Ernest Shackleton.

Carrying out meteorological, geological and biological research during SANAE 1 was not easy. Two crew members died during the voyage from Cape Town, and their ship, Norwegian sealing vessel Polarbjorn, had to be rescued by an Argentine icebreaker after getting stuck in the pack ice.  To do field work, La Grange and geologist Victor von Brunn spent five weeks traversing the snowy landscape with huskies, visiting several nunataks that no human had ever seen. Among la Grange’s and von Brunn’s important findings was a breeding colony of snow petrels, the most southerly breeding distribution of any bird.

Today, South Africa occupies a base, SANAE IV, about 200 Km inland and 850 m above sea level on a nunatak called Vesleskarvet (‘little barren mountain’). Completed in 1997, this well-resourced facility replaced three others that were all built on the Fimbulisen Ice Shelf (SANAE I in 1962, SANAE II in 1971 and SANAE III in 1979). Having lost each previous base to the moving ice shelf, SANAE IV was built on more solid ground and with an improved, ultra-modern design, including a helicopter hanger, sauna and hospital. 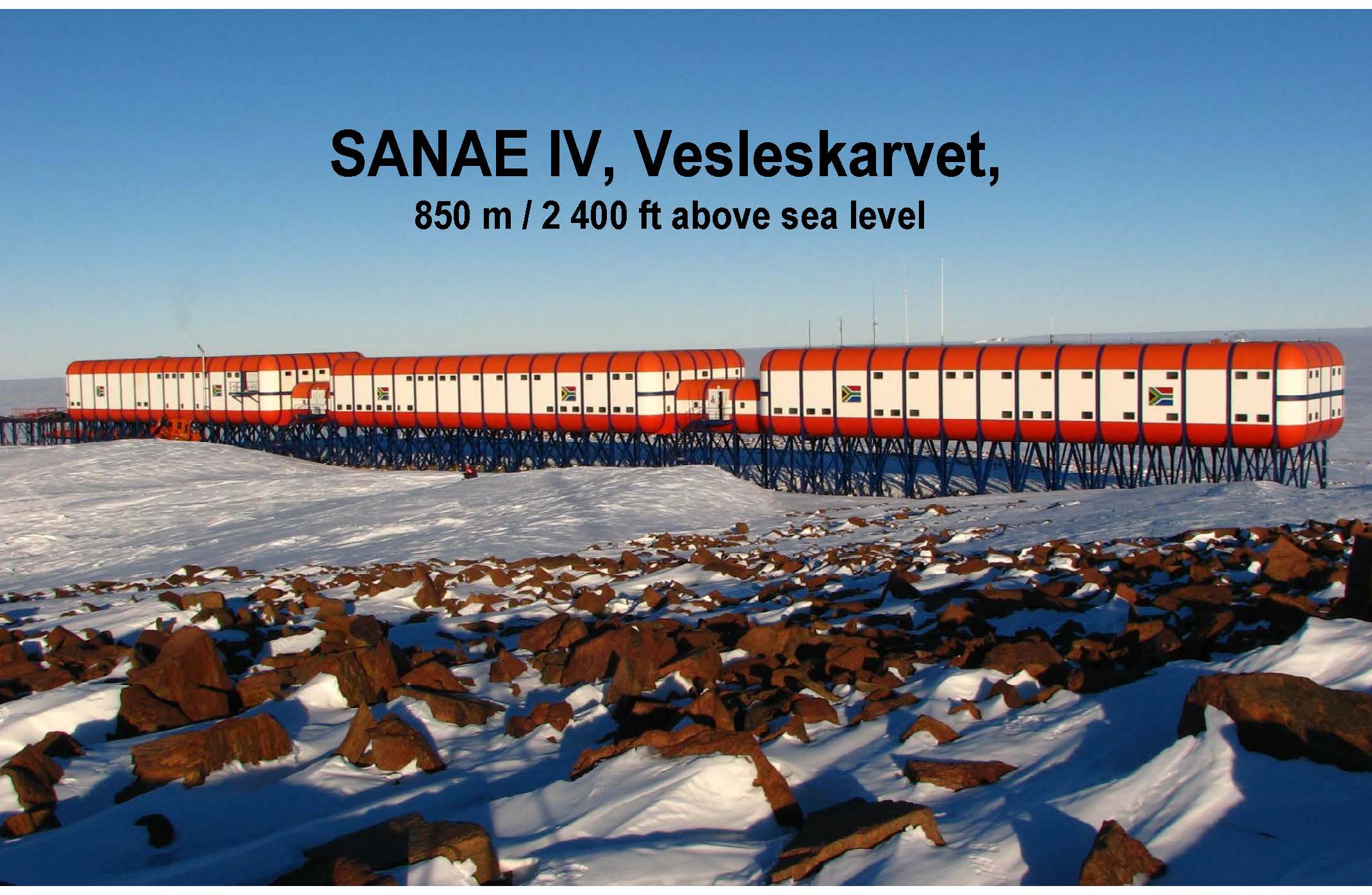 The first SANAE IV team included Dr Aithne Rowse, the first South African woman to overwinter in Antarctica. Now transported by the SA Agulhas II, overwintering teams of about 10 people stay at the base for up to 15 months, ten of which are in total isolation until the next team arrives in the summer. Teams of scientists, doctors, mechanics and technicians conduct environmental and biological research in the summer months, with only physics research continuing year-round.

The latest team goes about their day in the steel and fibreglass SANAE IV research station, perched upon a an 1100 MY old sill from the Borgmassivet Intrusive event. Download this paper for more geological information.