This day in history: the S.A. Agulhas rescues a sick man from SANAE III on 26 April 1980 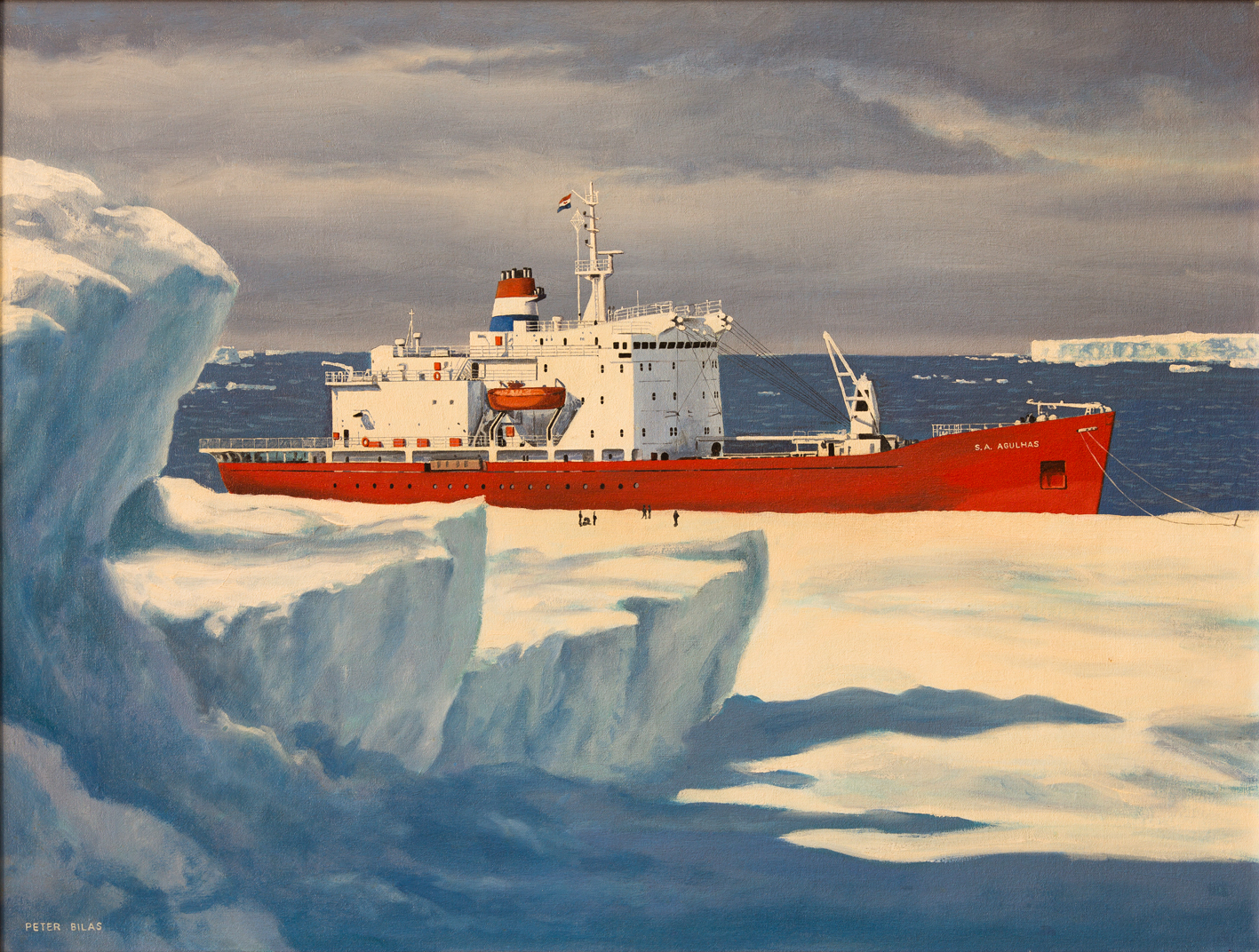 An unscheduled voyage on South Africa’s second Antarctic supply ship, the S.A. Agulhas, took place over 15 April to 4 May 1980 to Antarctica in response to news of an ill member of the 21st Overwintering Team at the SANAE III base in Dronning Maud Land, Antarctica.  A published report taken from Antarctic, magazine of the New Zealand Antarctic Society, edited for grammar and errors, of the voyage follows:

“A rescue flight was made on April 26 by two South African Air Force helicopters to SANAE III, the new South African base in Queen Maud Land, to bring out a member of the winter team who had contracted tuberculosis.  The helicopters operated from the Department of Transport research and supply ship [S.A.] Agulhas, which battled heavy season on its voyage into the Weddell Sea to bring the sick man back to Cape Town.  In a special report to “Antarctic” Mr R. [Rickey] van Mazijk, of the Department of Transport, who acted as survival instructor to the helicopter crews, says that a telephone call was received on April 8 from the doctor at SANAE, indicating that the diesel mechanic, Mr B.P. Botha, had contracted tuberculosis.  As the occurrence of tuberculosis is highly unlikely in Antarctica, the doctor did not have enough of the right medicine to administer to the patient, and also for preventive medication of the other members of the winter team.  After several alternatives were considered, it was decided to send the Agulhas to Antarctica, and to fly the much-needed medicine to SANAE by helicopters operating from the ship.  The 19th Squadron, SAAF, which operates Puma SA330 helicopters, agreed to supply two for the operation.  This was the first time the South African Government had undertaken such an operation, and the middle of April was late for Antarctic flying operations.  Original satellite ice reports indicated that the pack ice extended 120 km from the Fimbul Ice Shelf.  This gap was still with the limits of the flying endurance of the Puma helicopters.  At that stage SANAE still had about 10 hours of daylight left.  The sun sets normally during the middle of May for the long polar night.  Provision was made for survival on the ice in the event of something going wrong during the flight.  Mr van Mazijk, who has wintered at SANAE [S15, 1974], acted as survival instructor on the rescue flight because only one member of the helicopter crews had been to Antarctica before.  As could be expected, the “Roaring Forties” were not the best place to be, especially during the winter months.  Huge seas were experienced on the trip south, but these were nothing compared to the 19-m swells encountered on the return voyage. At that stage a couple of rolls in excess of 50 deg were also recorded.  Luckily, the helicopters were tied down well enough not to sustain any damage.  When the Agulhas arrived off the Fimbul Ice Shelf, it was discovered that the pack ice was only an incredible 8 km wide.  A blizzard blew for three days, making flying operations impossible.  The highest wind gust recorded was 84 knots, and even in the pack ice swells of up to 12 m were experienced.  SANAE reported that the blizzard was the first severe one the winter team had encountered.  Finally, on Saturday, April 26, the weather improved, and a beautiful clear morning promised excellent flying conditions.  With the participation of Puma helicopters in future South African Antarctic operations in mind, the rescue operation provided excellent experience for the flight crews.  From the Agulhas to SANAE the actual flying distance was about 45 nautical miles.  Visibility was absolutely perfect, and the base could be seen about 30 miles away.  Although the air temperature was minus 24 deg Celsius all the winter team turned out to bid farewell to Mr Botha.  In the 15 minutes the helicopters were on the ice, fresh fruit and vegetables and the much-needed medicine were unloaded, and the flight crews were able to exchange pleasantries with the winter team.  The pilots left the helicopter engines to idle during the short time they were on the ice.  On the return flight it was found that the landing areas where the Agulhas docks annually were still completely free of ice.  In the past it was always assumed that the sea was frozen over for many miles to the north by the end of April.  Except for the heavy seas described earlier the return trip to Cape Town was uneventful.  The Agulhas finally docked on Sunday, May 4, and concluded a highly memorable and successful operation. Mr Botha is now responding well to treatment in Pretoria.”

On the medivac voyage W. ‘Bill’ Leith was Master, Al Snyders was Chief Officer, Roy Martin was Second Officer and Butch Leisk was the Third Officer on the S.A. Agulhas.

With thanks to Roy Martin and Ian Sinclair for information.  ALSA would like to know more about the voyage; needed are photographs, including of B.P. Botha (and what is his first name).  Confirmation that he did not have TB, but just “a real bad dose of whooping cough” is also required.