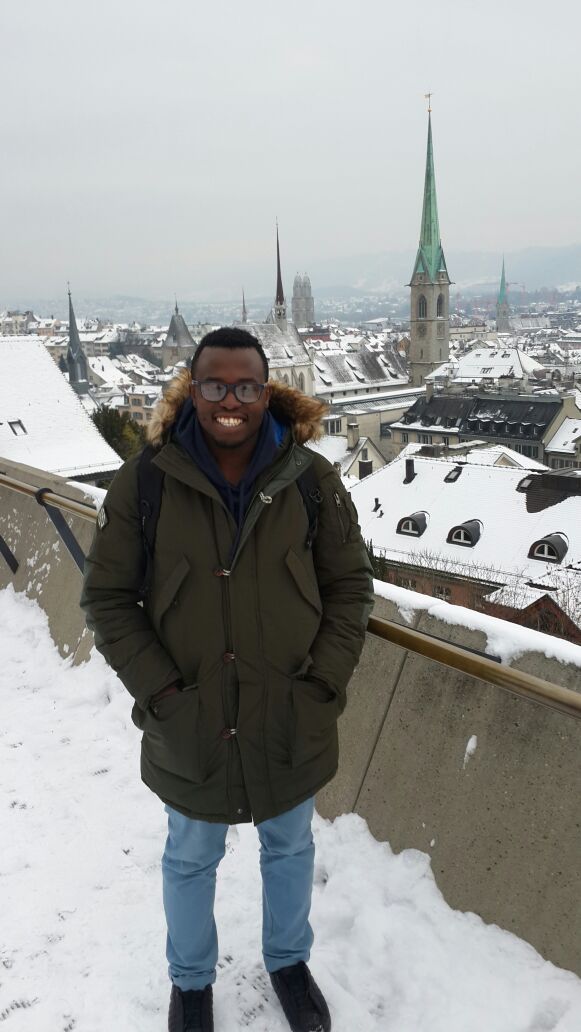 I guess it is obvious for anyone planning to study abroad for a semester to go through the application process with the International office at Stellenbosch University and obtain a nomination for an exchange at a partner university. Recounting the application process would then seem trivial and routine considering that the exchange coordinator has already so far laboured hard enough to provide all required information and a flooded the website with experience reports and FAQs for any aspiring student to refer to. But certainly the experience is different for every individual.

In my own experience, I knew I wanted to study abroad for a semester early on in the year I was therefore set in mind to apply once applications are open. Knowing what you want earlier helps prepare your mind and plan for your entire course. Better still, if one knows the modules they would like to take abroad, and the University of Interest, they will be well guided in selecting their modules both at Stellenbosch and the host University. Well, in my case, despite knowing earlier, I was not sure if I would still want to go abroad at the end of the year. For purposes of completing my degree and meeting all credit requirements, I studied for all my credits within the year. That did not however stop me from making the application when the time came.

I took the application process casually and indeed it can be quite casual if you have everything figured out by the time the applications open. I had one definite university in mind (Zurich) but the application process requires three options and I had to look for three universities that matched the modules I wanted to study at Zurich. The process hinted some laborious effort in matching modules and finding a partner university that I liked, had modules I wanted and enough funding for not only tuition but living expenses as well. If I am allowed to advise, I would suggest some flexibility on the university you want and the variation of the modules intended. This will allow a wide selection of universities abroad with sponsorship, if needed.

I eventually receive the nomination from the international office of Stellenbosch University and later on a confirmation from the host university. The admission and registration process with Zurich University is seamless and progresses with relative ease. The instructions are detailed and easy to follow. There was however a hiccup to my application and scholarship. I was meant to complete a scholarship application with the Heyning-Roelli foundation from Switzerland upon receipt of confirmation from the host university (Zurich) but the deadline was far spent by the time I knew it. In this respect, I can stress the importance of following through the scholarship application.

The visa process to Zurich is by far the easiest and less involving I have come across. The International relations office at Zurich University does the ‘donkey-work’ and they only send a document which you take with to the consulate in Cape Town. The whole process does not cost a thing except transport.

My experience at the host university will be amiss if not to mention the adjustment that I went through in the very first few weeks. I arrived in Zurich on a Sunday to start my exchange programme the next day; Monday. My timing for arrival was far from perfect. Ideally I should have arrived a few days earlier and familiarised myself with the environment, surroundings and systems. The fact that I arrived a few hours before my first class meant that I would start my stay in Zurich at a very fast and relative confused pace with academic pressure mounting from the daily 6 hour lessons. It was not an entirely pleasant experience, yet not shy of adventure and the fun quest of figuring out a new way of life and culture. To have a relatively stress free experience, it is very commendable to arrive at least days prior to the programme commencement date, a full week’s head start is even much better. It allows you to set up your financial arrangements (i.e. open a bank account), familiarise yourself with the transport system, get some sense of direction, check out some facilities and sceneries around the town and to get along with social services to mention the least.

That said, on the academic front, after hearing from exchange students before me, I think that I was too ambitious with my course selection for my program. My primary objective for the exchange program was to reinforce my foundation in quantitative research skills. I found Zurich to be rich with some of the most interesting modules that aligned to my ‘study abroad’ goals, which I did not have an opportunity to study in Stellenbosch. I was spoiled for choice and I henceforth juggled through the modules in the early few weeks until I landed the final five modules.  These became my official selection for the spring semester.  They comprised Quantitative Economic History, Business Analysis Programming Bootcamp, Introduction to Data Science, Social Network Analysis and Basic German Language. It was going to be a rollercoaster of an academic semester. To have such a long list of modules, besides the fact that they were simply interesting, I had read somewhere in the outlines that exchange students needed to have a minimum of 20 ECT credits (an equivalent of 40 US credits). As I progressed through the programme and realised how much work the modules had imposed on me, I called a friend that had done his exchange program at Zurich in the year prior (something I should have done at the very start) to ask how many credits he had completed. Imagine my surprise when I learnt that he took less than half the 20 ECT. I likewise checked the strictness of the requirement with the international relations office of UZH, who hinted that it was not a strict requirement.

Nonetheless, I had a great experience going through the modules and harvested a wealth of knowledge from my study abroad course. Two remarkable things that I noticed at UZH and certainly worth mentioning (in my opinion) as different from what I have so far experienced in Stellenbosch is the program structure and grading system. Firstly, the programme has a selection of seminars in different topics and branches of economics that award credits. This encourages participation in the seminars by students and affords them some experience dealing with the recurrent dynamism of the field. Secondly, the grading system is not exactly percentage points as is the case in Stellenbosch. Grades are awarded on a scale of 1 to 6 and the conversion is not straightforward. One will nevertheless be able to intuitively gauge their performance along the way.

Being an international student even in Stellenbosch (since I am originally from Malawi) gives me a unique perspective of returning to life in Stellenbosch from an exchange program. Prior to the exchange, I had been in Stellenbosch and South African in general for exactly 2 years. In the 2 years, I had some of my friends and family come from Malawi to study at Stellenbosch University and incidentally we lived together. Being away in Switzerland for one semester had a unique feeling of being away from home that was not similar to being away from Malawi but alike in nature. I was certainly glad to be returning to what indeed felt like home. Perhaps the feeling encapsulates the adjustments that the transition would entail and my new and adopted perspective of home.

One notable thing that I felt relaxed for was “prices” of everything. Coming from Zurich into Stellenbosch, you can imagine my amusement at the fact that I was now going to buy the same things at a third of the Zurich price. It was a nice adjustment considering that when I earlier arrived in Stellenbosch from Malawi, my perspective was that the prices were higher relative to my home country. Clearly the world is a vast place and different living standards, lifestyles and cultures come with their different unique aspects and characteristics that are built around them. While public transport is the most reliable in Zurich, the same cannot be said of Stellenbosch. While my classes were spread out across the city of Zurich, they are all around one location in Stellenbosch. While Internet access was unrestricted in Zurich, it is subsidised in Stellenbosch. While a majority of the natives speak German only in Zurich, a majority of South Africans speak their mother tongue and good English. While shops close at 8 PM on weekdays and remain closed over the weekend in Zurich, it is possible to find shops open in Stellenbosch even after midnight.

Each of the above listed differences and several other differences have their unique backgrounds and very reasonable justifications. It is paramount in each case to understand the origin of the frame of a cultural behaviour or routine in every city. No event, attitude, lifestyle, living standard and/or system can be rightly judged in isolation and compared directly to its counterpart in a different country. As an Economist, allow me to suggest (running away from saying: “conclude”) that every city or country operates on some form of equilibrium. It is always ideal to locate oneself within the framework and move towards the equilibrium if found off it.