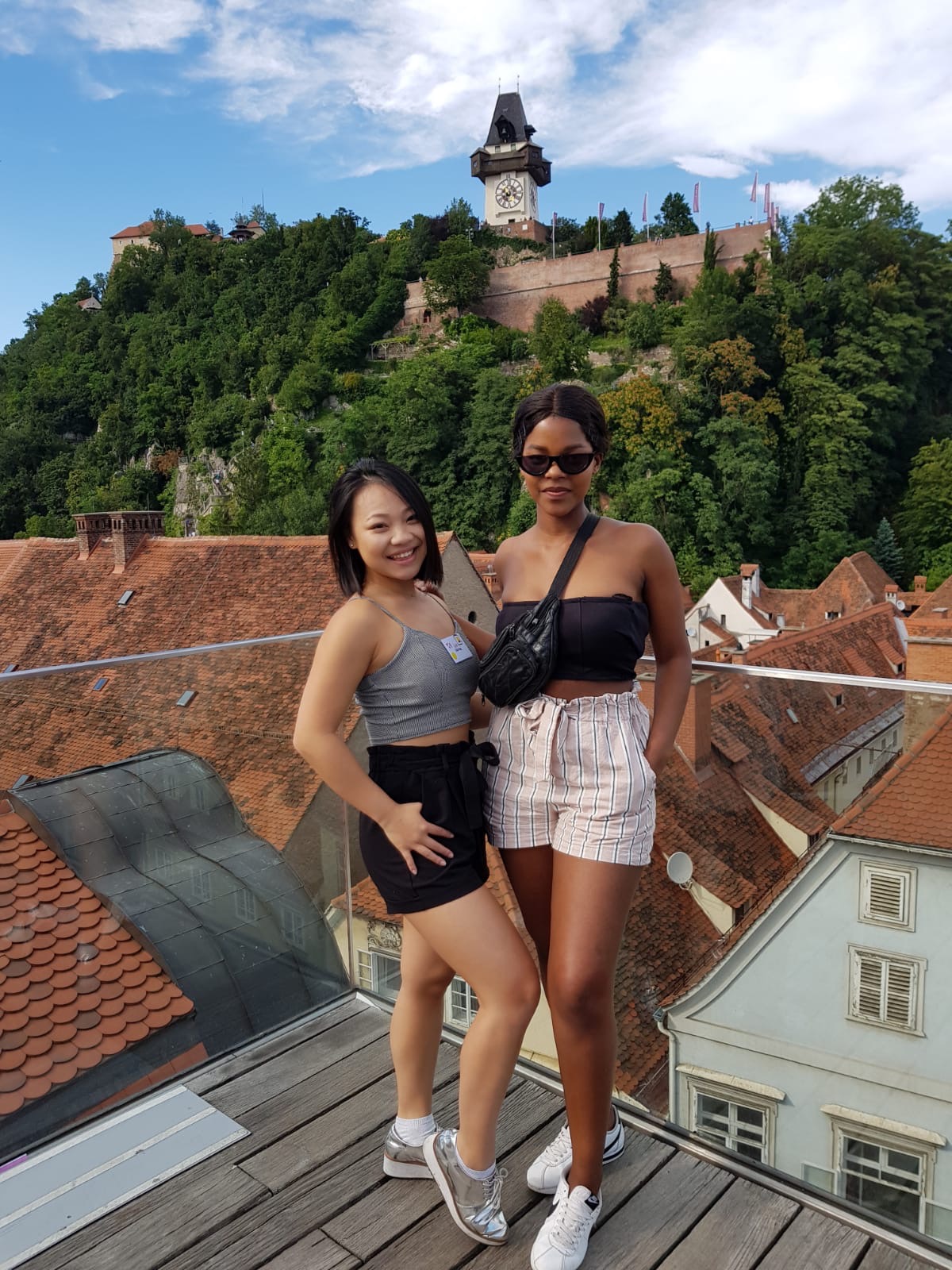 I had already spoken my acceptance into existence as I warned all of my family and friends of the events that I would, unfortunately, be missing. The acceptance letter paved the way for my road to Austria and I was beyond excited.

I had my passport ready and now all I needed was my visa. What a stressful time that was. One piece of advice that I will give to anyone travelling overseas – do not, and I repeat, DO NOT take British Airways if your flight is going to have a stopover in the UK. The efforts of getting an in-transit visa and the money included to do so are not worth your time and especially not worth your money.

Fast forward to the 23 June – my exams are done and visa has arrived. At that moment any excitement I thought I had experienced was an understatement. This was when the real excitement kicked in. I WAS GOING TO AUSTRIA. My first trip abroad alone. 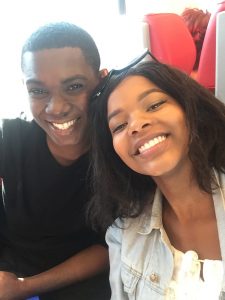 Once I had my visa, I got all of my administration out of the way. Travel wallet and necessary travel documents? Check. Fanny pack? Check. My parents were so stressed to let me, their only daughter, into the world alone. But I knew this was going to be the first of many future learning adventures. 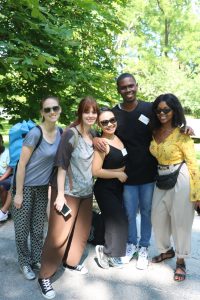 After what seemed like just a few hours,  I had arrived. It was 6:15 AM and I was the happiest person in the world. I was finally in Austria! On arrival, I had to consistently check-in with my family through various social media such as facetime on arrival and every day, and send lots of pictures.

I arrived later than expected at the train station to be picked up by my shuttle, but it was nowhere to be seen. I was lost and there was no wifi so my phone didn’t work. Instead of stressing I laughed at the situation that I had gotten into. In desperation, I climbed into the wrong cab and almost went all the way to my destination, but soon found that the summer school that that particular cab was going to was in the complete opposite direction of Seggau Castle.

I regrettably climbed out of the cab and made my way back around the corner to the train station. As I scanned every taxi van for a sign that looked familiar, I found a cab and it was the one I was looking for. I climbed into it with two people who would soon become good friends of mine at the school.

As we entered the gates of the castle, it felt magical to be in such a luxurious place. The location was so naturally beautiful and the castle itself has one of the most beautiful chapels that I have ever come across. As I unpacked my bags, my roommate arrived and displayed the same level of excitement as myself. We clicked immediately and she became one of my closest friends. We attended the opening event and it was amazing. I met such interesting people and was excited to spend the next two weeks getting to know them. With regards the to summer school schedule itself, it was extremely busy. We had back to back sessions in which we would critically engage in certain topics.

I really enjoyed experiencing other people’s cultures and hearing their points of view in terms of politics that surround various issues that were on the agenda for discussion. This included artificial intelligence, globalisation, narratives of history and culture. During the heated debates on BREXIT and the refugee crisis, It was shocking to see how one could be an academic and not be well read on such pressing issues.

The finance class which I attended was one which I thoroughly enjoyed. It was so well run and such an intimate setting of 9 people that you really felt like you were heard within the discussion and that your opinion was valid. We critically analysed globalisation and different phenomena and presented portions of the articles we read in class to the rest of the class.

In the time that we weren’t critically engaged, we gave our minds a break on our days and used them to travel or go on drives to the nearby lake. One thing I must say that I really appreciated about Austria was the ease of the public transport system.  The metros and trains were easily accessible and available for the duration of the day. This was a much better experience than having to Uber and taxify which are the main forms of transport which I use at the Tygerberg Medical Campus. The convenience of transport is also associated with how close all the countries are. We travelled to a whole different country on a train in the same amount of time that it takes to get from Tygerberg Medical Campus to Stellenbosch Main Campus. 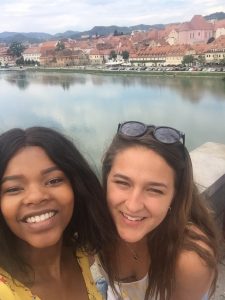 I found that what I enjoyed the most about the summer school was the poetry workshop. I chose it in the hopes that I could expand my writing style beyond that of an academic nature and I was honestly blown away. Our lecturer was an iconic Chilean woman, Margory Agosin, who I felt particularly drawn to. She made me realize that my mind is a beautiful place which I too should journey through and not be afraid of. She also made me realize a whole side of myself that I thought or never even knew existed. The last time that I had ever written anything remotely poetic was in my high school English class. I had always enjoyed poetry and read and followed various poets but never saw my potential but she did. She inspired me to even go further into making a video with the poem I wrote.

It was time for difficult goodbyes and to take off. My flight zoomed down the runway, it was only in that moment that I realised that my journey was indeed over. I had met some of the most amazing people and built seemingly unbreakable bonds with intellects of the highest calibre. My mind was constantly challenged throughout the duration of the summer school and it feels hungry for more.

I was excited to tell all of the loved ones of my journey in terms of my experiences, the knowledge I gained and also my personal growth. I feel like I have come home a different person and that new person is who I truly am. This was such a refreshing and eye-opening experience. I got the opportunity to encounter new people who have no preconceptions of who I was and could truly just be me which was extremely liberating and, in hindsight, there is nothing I regret about my experience. I arrived home to the freezing cold Johannesburg winter, a fireplace, braaied meat and my beautiful family who welcomed me with open arms. They had so many questions to ask and were so excited to hear about my journey.

Although I was exhausted from the mere three hours of sleep that I had received, I was so happy to be back and truly reflect with them on my experiences in Austria. Austria completely changed my perspective of the standard of study abroad and made me realise that Stellenbosch is indeed an institution which is on par with the global standard of education. I think that the real question is: Do I have future plans to travel abroad or to attend another summer school? And my answerto that question is yes. Yes to improve my education and span of knowledge through summer school programs and yes to expanding my horizons again in future. GUSEGG, you were unforgettable.