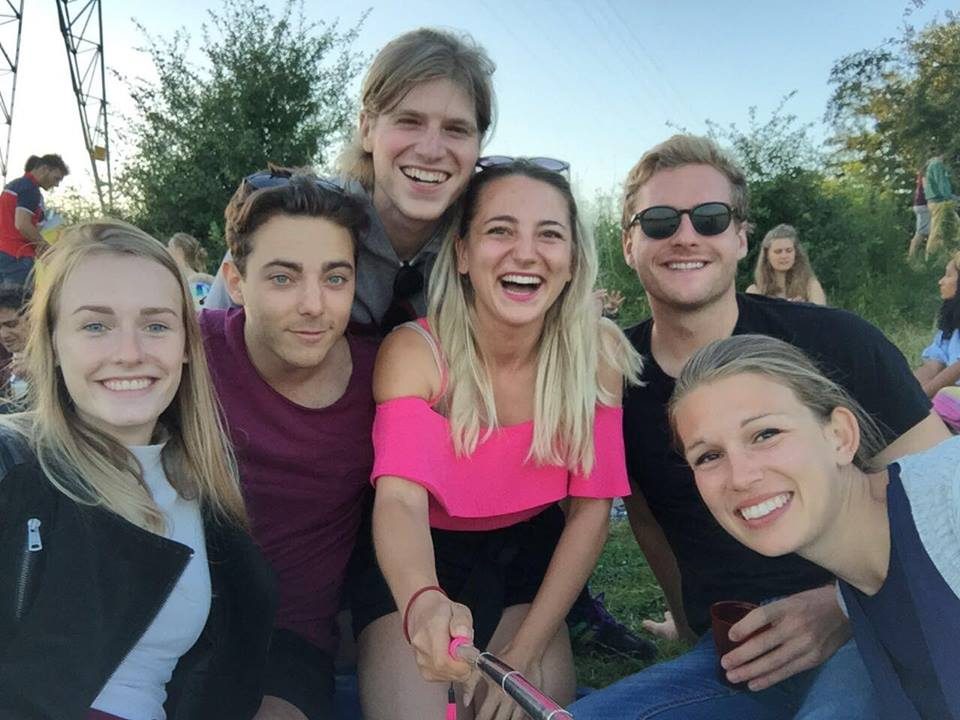 Between February and August of 2018, I had the privilege of studying abroad to conduct research for my Masters’ degree. This semester exchange, coordinated by Stellenbosch University International, took place in the Netherlands, at Wageningen University. In this post, I’d like to share the experiences of my time abroad.

Before leaving to the Netherlands, there were about 5 months of pre-trip planning and administration that took place before everything was settled and I was ready to depart. Even after receiving my acceptance letter from Stellenbosch University’s International Office, I was overcome by a sense of uncertainty. Apart from simply being accepted into the exchange program, I knew that there was a broad range of other things which needed to be put into my place before my departure.

I needed to finalize my learning agreement for credit transfers, I needed to get approval from my supervisor and from my faculty, I had to apply for funding, I needed to arrange flights and travel dates, and I needed to find housing. The list goes on. All in all, the pre-departure phase of the trip was one characterized by anxiety rather than excitement, at least until all the formalities had been arranged.

Once the above-mentioned things began to fall into place and once I had a firm sense of understanding of what was ahead of me, both in terms of my research and in terms where I would be living and studying, my anxiety slowly faded away. As a result, I was able to start truly looking forward to the trip, excitedly and eagerly unsure of what to expect upon landing in the Netherlands.

I had travelled to Europe before, and I had spent several months living abroad in countries like Brazil, India, and China. With only these places in mind, however, I had, no reference point of what it would be like to firmly live in Europe, or anywhere in the first world for that matter.

Rather, I was looking forward to experiencing, within a new phenomenological framework, the day-to-day, in-and-out mundanities of everyday life that make up the human experience.

At the same time, I was immensely looking forward to an international studying experience, especially at the level of a Master’s degree, at which I knew I’d encounter a strong degree of intellectual stimulation within my field of research.

Arriving in the Netherlands, I was in no way sure what to expect of Wageningen University. From Schipol Airport in Amsterdam, the university is about one hour away towards the German border in the East of the Netherlands. The town of Wageningen itself is situated relatively remotely, and not in close proximity to any big city or reference point that I could orientate myself towards.

Luckily, the Wageningen University International Office provides international students with enough information and resources to make the experience less stressful than what it could have been: providing clear directions and instructions on reaching their institution.

Once set up in the student accommodation provided by the university, I was pleased to find myself living in a shared corridor with 9 other students. Of these students, all but one were studying Masters Degrees. In terms of nationality, one was Dutch, another Ecuadorian, another Indian. Three were Italian, two were Chinese, and one was Spanish. All in all, it was an incredibly diverse group of students that had travelled from all around the world to study at Wageningen University.

I’d heard good things about Wageningen University before my trip. It took time being there, however, to internalize that Wageningen University is truly one of the best universities in the world when it comes to the natural sciences, and particularly in research disciplines of food science, biotechnology, agricultural technology and food technology. Each year, the institution attracts thousands of students around the world, particularly at Masters and PhD levels, that engage in high-level research within the above-mentioned fields.

Studying an MPhil in Sustainable Development, and coming from a social sciences background, my research domain was slightly removed from the terrain of natural sciences. Initially, I was expecting this to be a downside to my stay in Wageningen, in that I would feel out of place surrounded by almost only natural scientists.

This pleased me greatly, as I was able to spend each day in a faculty building surrounded by some of the brightest minds within my research field. The faculty ended up providing me with a research space within a PhD office, and I was able to engage on a daily basis with doctoral students who were conducting truly pioneering research in an academic context that perfectly suited mine. I felt at home. Best of all, I was able to not only engage with these individuals at an academic level, but also at a social one. Many of the students and even professors who I shared my time with at Wageningen University are people that I am happy to call friends.

From a social perspective, almost all of the friends that I made in Wageningen, from my housemates to my “buddy group” that I was placed in, were natural scientists. This added a certain richness to my time in Wageningen, as I was strongly able to experience the phenomenon of “cross-pollination”. Within an academic context, this can be understood as the inter-exchanging of research, knowledge and insight between different disciplines and fields of study.

In a practical sense, this meant I was learning new things everyday about fields of research that truly fascinated me, but that I would otherwise have never been able to experience. For example, two of my closest friends in Wageningen, Federico and Giuditta, were both plant scientists. At a day-to-day level of social interaction, this meant that I was able to learn a great deal about the research they were conducting within the field of plant sciences, whilst they were (I hope) able to learn about the social, economic and policy frameworks around sustainability through the research that I was conducting.

An aspect of my time in Wageningen that I am most grateful for, apart from the knowledge gained through my research, was the degree to which Wageningen was fundamentally international. Scattered with people from every country imaginable, I was able broaden my scope and sense of understanding of the world immensely, whilst living in what many Dutch people would classify as a small “village”.

Looking back, I can describe my time in Wageningen not only as academically and intellectually stimulating, but also as having broadened my character, personality and sense of self.

Through the scholarship I was granted by Het Zuid-Afrikahuis, I was able to go above an ordinary exchange-student experience. Beyond merely sustaining myself, I was able to enjoy the many delights and delicacies that the Netherlands had to offer: its’ beautiful cities, its’ food delicacies, and its close proximity to countries like Germany, Belgium and many others. With the help of Het Zuid-Afrikahuis, I feel that I had the opportunities to experience places, insights, and encounters that I would otherwise never have experienced. For this, I will always be grateful.

In reflecting on life in the Netherlands itself, I believe that I integrated relatively smoothly into society, aligning quite closely with the sense of pragmatism and honest sincerity that so aptly defines Dutch culture. Being able to speak Afrikaans was also helpful in this regard, as I was able to truly engage with the Dutch language, to the point that I can now almost fluently read and understand it.

Despite the international culture bred in Wageningen, where its often easy to feel like you’re living in a separate ecosystem of almost purely international students, I made a strong point of making Dutch friends, allowing myself to get a better feeling of the culture, language, and overall sentiment.

Experiencing life within the “first world” of the Netherlands was in many ways profound, especially coming from South Africa. At the end of the day, the Netherlands is a country which faces less degrees of polarization in comparison to South Africa: whether it be in terms of social inequality, political crises or economic disparities. If anything, my experience of living there has made me aware not only of the stark polarities that we face here in South Africa on a daily basis: but also of my own privilege. Within the many bubbles of economic and social privilege that exist in South Africa, many of which I identify with, it is easy to feel like one is in Europe whilst forgetting or simply remaining indifferent to the overwhelming poverty, hardship and overall juxtapositions that flash one by on a daily basis.

In a seemingly paradoxical way, my experience abroad has made me more aware of the infinite nuances and complexities that make up the structure of South African society. With these new discoveries and insights in mind, and with awareness as a fundamental starting point, I can only hope to contribute to the bettering of these issues within a South African context.

In concluding my reflection, I hope to encourage others to apply for opportunities like this and seek out experiences such as mine. The many layers of depth, insight, character and growth that were added to my personal development trajectory are too many to do justice for through a medium such as this. I hope it suffices to say, in the sincerest possible way, that this was one of the best experiences of my life, and that the people I met and things I learnt will remain a part of me indefinitely.