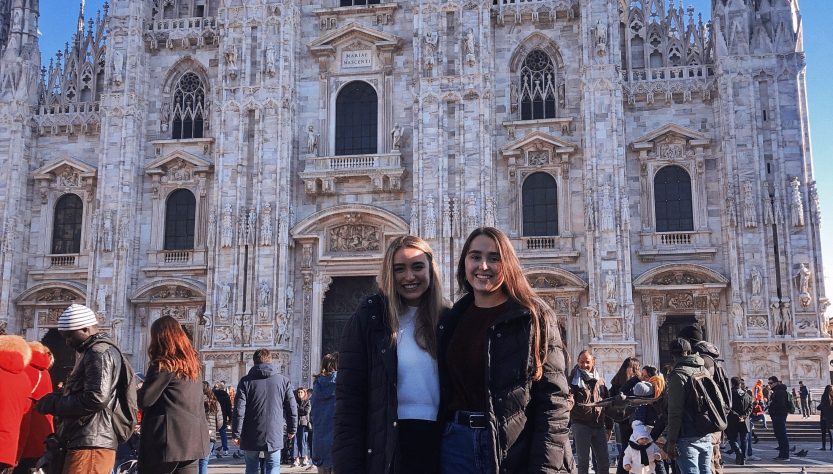 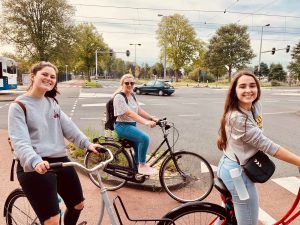 Here you should focus on your preparations for your trip abroad. It should include information about the visa application, as well as suggestions or “tips” regarding what works well and/or areas for improvement.

At first glance, the pre-departure process for this exchange seemed quite daunting and complicated. Everything was actually very straight forward once you started the process. Learning agreements had to be completed and the complexity of this largely depended on how easily courses at our host universities could be found. Some course catalogues were simple to follow while others were slightly more intricate. The upside of this was that it really encouraged an in depth look into the courses we wanted to do at each university, allowing for a much clearer picture of which universities we preferred. Personally, once I knew which university offered the courses most in line with my interests, I felt much more comfortable and at peace with my top 3 choices. UvA had a good mix of softer business subjects that I wanted to take such as Retail Marketing, Human Resources Management, and Strategic Management.

In terms of the visa process, much of the brunt work was handled by the university when we filled in the online application on SunLearn. All that was required from us was to make the appointment at our nearest embassy and to provide the documents outlined on their websites. Due to the routine nature of sending students abroad on exchange and the online SU application (I was already in their system), my visa appointment took a total of five minutes. Important to note is that these appointments need to be made with a safe window of time before you leave on exchange. My visa only took 3 days to be approved, but sometimes it can take much longer. Furthermore, when you go to the appointment, they will take possession of your passport while your visa is getting approved (usually not longer than 2 to 3 weeks), so do not plan any trips where you will need your passport while this is taking place. Your visa will only be valid for 3 months once it is placed in your passport. After this, you will get your temporary (6 month) residence permit at your host university. This is generally the most important document to carry once you are on exchange, though you will always need your passport to cross any border, even in Europe. Additionally, remember not to compare or equate your process with the processes of others going to different universities – every situation is different. Do thorough research (websites, past experiences, call the embassies), make clear lists of tasks that need to be completed and documents that need to be completed before your appointment.

Areas for improvement include more clarity of what is expected of students and the illumination of certain warnings since not all students have the same background knowledge of visa processes. Having someone to individually give advice (mentorship program for International Business) will definitely be helpful with regard to the visa processes. 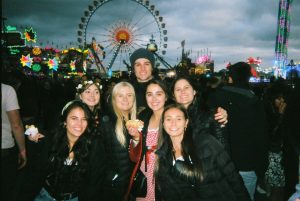 The Dutch grading system works on a scale of 1 to 10, one being the worst and 10 the best. Six is the minimum passing grade (this may vary module to module), with most students attaining grades from 6 to 8. Nine is rarer and ten is very rarely attained. There are three blocks in a semester, the first two consisting of eight weeks, and the last one consisting of four weeks. We have to attain 30 ECTS, which generally means five subjects. In my experience, it was much easier to do 3 in the first block and 2 in the second. There tends to be a lot going on in Amsterdam/Europe over Christmas time so focusing on 3 instead of 2 subjects later on in the semester would have been more difficult. In the first block I took Human Resource Management, Retail Marketing, and Cultural Industries, and in the second I took Corporate Social Responsibility and Strategic Management.

Compared to Stellenbosch, actual contact hours each week for classes are quite low since there are so few subjects being taken at a time. In my subjects, lecture slides were organized per week. During lectures, I would take notes as the lecturer went along with their slides, and then whatever I did not finish I would go back over later and complete. I found that this helped me keep up with the general content, which I would then go and fill in with more detail with the textbook before the exam. The workload for my subjects was very manageable if they were kept up with in this way. For some subjects there were weekly group assignments and presentations, but generally most of the pressure came the week before the exam. Many of the tutorials are compulsory but will allow you to miss one, so coordinate travels with those dates/timetables before booking anything. The final grade of my subjects was usually made up of a group project/assignment and then an exam (some other subjects will have midterms during week four of the block). Exams were mostly multiple choice.

In my opinion, setting goals before going on exchange is very important. I went into exchange with two focuses in mind: doing well in my studies but also leaving enough time to travel in between. Going away almost every weekend, travelling to Germany, Sweden, Czechia, Italy, Spain, Ireland, France, and Belgium, I went to many more places than I had intended. Realistically, the only way to do this is to work hard during the week, keep up to date with the work, so that you can travel during weekends. It was exhausting at times, but I do not regret anything regarding my travels and how I found the balance between academics and fun. I adored Amsterdam and don’t doubt that it was the best setting for my incredible exchange experience. 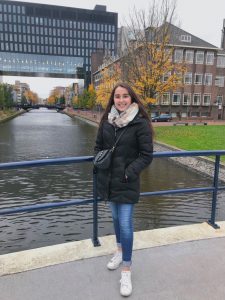 Write about the process of returning to life in Stellenbosch / South Africa, and how your experience abroad changed your perspective on certain things in South Africa. Also refer to how your trip possibly influenced your future plans and if you are planning to go abroad again.

Amsterdam will always hold a special place in my heart. The people are blunt but friendly, the public transport is simple, the outskirts are wholesome, and the city center is exciting and fun; there is something for everyone. Amsterdam is extremely liberal/egalitarian and exceptionally diverse. The first time you venture into the city is somewhat of a baptism of fire: with its coffee shops and red-light districts. South Africa was a lot more conservative than I had previously realized, and returning home highlighted that fact even more. In terms of navigating the city, it must be one of the simplest cities for South Africans, especially Afrikaans South Africans. While everyone speaks excellent English, much of the administrative side of exchange is in Dutch (e.g. banking). Having a handle on the language gives you an instant advantage and makes everything go smoother.

The contrasts between a first world country like the Netherlands and a third would country like South Africa really came into focus. Safety, efficiency, progressiveness, education, all these things are starkly different between the two countries, but both have upsides and downsides. The Netherlands, while being beautiful and technologically advanced, was very expensive and still lacked a sense of warmth that South Africa has. South Africa is dangerous and has problems like load shedding and draught, but in the end, it is home.

After I flew back on the 27th of January, having spent a month in Amsterdam without actually having class (I got a job during that month), I only had a few days to get my things together and catch up with my family before coming back to Stellenbosch. The readjustment process was easier than I had thought, considering many people had previously discussed how surprisingly difficult it was. I attribute that to the fact that my three best friends in Stellenbosch are also studying International Business, had gone on exchange, and therefore had gone through similar experiences as me. It helps to talk about it. That being said, it was also just so nice seeing everyone and being back where things made sense and you had the support of your people. I do find myself missing the feeling of Amsterdam sometimes. There was something freeing (though sometimes isolating) about the anonymity of the city.

Having friends back in South Africa who understand what you went through on exchange is a huge advantage. Stick close to your International business group because they can help make your transition back into South African university life a lot more seamless. Exchange was such a massive learning experience, housing tough times and good times equally well. It teaches you to shoulder the weight and responsibility of being an adult on your own, because that’s difficult to simulate in your own country, in your own comfort zone. Being abroad for six months really opens your eyes to the possibility of more beyond South Africa. Everything feels less far away than it did before. I would love to do a masters abroad or become an expatriate for a portion of my life at some point. However, I mostly grew up in Europe and the USA (living in Belgium, Czechia, and Arkansas), so for now I want to stay here and make a life for myself in South Africa.