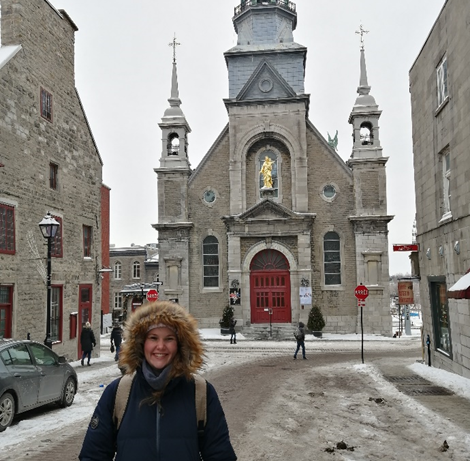 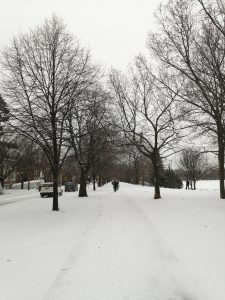 My pre-departure experience started with my study leader asking me if I was interested in going to do an internship in Montréal at the end of my masters. Thinking I had to go directly into the workplace, I said no. Fortunately for me, my study leader is persistent and a month or so later he asked again. Realising this was a once in a lifetime opportunity and that boring ol’ work can wait, I said yes! I waited for the applications to open and started to apply. There was, however, one minor barrier, I was technically finishing my masters in 2019 and the internship was for 2020. I was lucky to have many people working to get me to Montréal and through some technicalities we made a plan and my application was submitted, and a couple months later accepted. I was so excited to be able to leave the continent of Africa for the first time and to experience what it really meant to be freezing. The Montréal pre-departure logistics were slightly easier for me as I have a British passport and so I did not need a visa which meant no consulate drama for me.

Due to some other university connections in Sheffield, England, I had the opportunity to go visit England on my way to Montréal. This meant I left 5 weeks earlier than expected. I finished my masters, all other university work I needed to do and got home with 12 days to sort out all the minor last minute logistics. There is so much you don’t think about when travelling internationally for the first time – travel cards, money, health insurance, international sim cards, suitcases, backpacks and so much more. Getting my laptop that was in for repairs and a new phone (which got stollen 4 days before leaving) less than 24 hours before I was flying out was definitely cutting it fine. I decided to travel for 2 months in the USA and Europe after my internship, this meant I had to pack for two seasons. I definitely do not help the female stereotype when it comes to overpacking. However, with many hours of packing December 7 came and I was ready to leave for England. I spent my first Christmas away from home, spending it with a bunch of South African expats. We made a very traditional South African Christmas lunch, with malva pudding to end, which made it feel a little more like home. 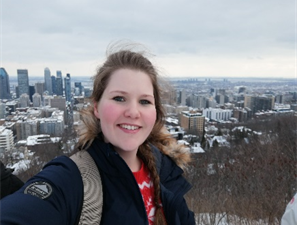 After some time at the university of Sheffield and then a small holiday in London over Christmas and New Years it was the beginning of January and I was ready to go minus another 20 something degrees to snowy Montréal. I did some serious repacking and ending up with one less suitcase (I originally had 2 suitcases and a backpack – this is not advisable when trying to travel alone). My flight to Montréal was fairly uneventful except that I managed to catch a cold. Even though I didn’t need a visa to enter Montréal, I needed to go through immigration as I was considered a worker in Montréal and needed to get a visitor’s record so I could get paid. Montréal immigration is not quite as bad as you see on boarder security, however, it was a long process with much waiting. I suggest if someone is going to pick you up from the airport, they should wait at least an hour and a half after your flight lands just for the immigration process. The only benefit of waiting so long in immigration was that my bags were the only ones left on the conveyor belt when I eventually got to picking them up!

My first impression of Montréal was WHITE! There was snow everywhere, having only seen snow once as a young child this was a first-time experience and boy was it a crazy one. I walked out of the airport to meet the host of the Airbnb, where I stayed for my time in Montréal, who was so graciously fetching me from the airport to be greeted with -15˚C, another first. My five-minute wait bundled up in every layer I owned showed me what I was in store for over the next 3 months.

My first weekend settling in was one shock to say the least. I had a caught a cold and so getting food and figuring out the lay of the land proved a challenge. I was so blessed to have an extremely hospitable Airbnb host who gave me medication and took me around town showing me everything I needed, really helping me feel more at home.

What I got up to during my internship 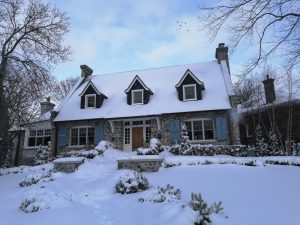 I started off my internship with an orientation day which was incredibly useful as we got shown around the whole building and got useful tips on budgeting, where to go grocery shopping, the best places to visit and so much more. Another benefit was meeting all the other interns which was comforting when seeing a familiar face around.

After sorting out the prerequisite admin and meeting of my supervisor, who was great, I started with my work. The work I had to do required me to collaborate with the City of Montréal (the municipality). It turns out even municipalities in first world countries work with the same efficiency as South African municipalities. Relying on other people to help with data collection proved to be a tedious and frustrating process. I did, however, get to collect data all over the Island which allowed me to see parts of Montréal I would never have gone to see. The houses in Montréal are, in general, smaller than South African houses but are beautiful as they are often old and thus made of stone or designed in a very quaint manner.

The best part of the internship, however, was not the work, it was exploring the city of Montréal. The university had set me up with another student who had been on an exchange to Stellenbosch a couple of years prior to my exchange whom I became friends with. We ate lunch together, explored the campus and often went out and ate one of the many delicacies that Montréal had to offer. Most importantly was my first ever Poutine experience, it truly is the perfect comfort food for the winter. I also made friends with my Brazillian brother and sister housemates whom I spent most weekend exploring Montréal with. We went ice skating, explored the underground city, the old port and so many other areas of the city. Obviously, solo adventures were common with walks up Mont Royal and many days spent getting lost in the streets of the city. The cold often hindered long outside adventures, but with the correct clothes a few hours outside was easily doable.

I wouldn’t be doing the reader justice if I didn’t make a comment on some of the differences between Montréal and South Africa. Firstly, the cost of living and food was surprisingly comparable to South Africa; being a money wise person I was able to easily live off of the small allowance we were given by the university. However, eating out is particularly expensive in comparison to what we are used to in South Africa. In terms of the weather, having never travelled before and having grown up in Durban this was truly a completely new experience for me. I personally loved the snow and walking around when it was -5˚C and lightly snowing was incredible. However, simple tasks like taking out the rubbish or walking to the shops quickly required layers upon layers and heavy shoes. I also found it hard to be outside for hours on end as I got too cold even with all the layers. I also slipped on the ice a number of times which left a few bruises. Even with loving the snow, I personally don’t understand why someone would want to live in a country where they have to dig out their car every time they want to use it and can very easily get snowed into their house. One of the great things about Montréal is that it is extremely safe. There was never a time where I felt I had to look over my shoulder or worry about where I was going or if I needed someone to walk with me which was a nice relief from the stresses of SA.

The hardest adjustment, however, for me was the language barrier. Montréal makes up one of the biggest French speaking populations in Canada. I was aware of this fact going into the exchange and I had spent some time getting to the know the basics of French, however, everything I read told me not to worry because everyone spoke English. Even though, it is true that most people in Montréal speak English, due to historic, cultural and pollical turmoil many people are averse to speaking English. It is also extremely hard to find signs in English, due to language laws in Quebec. The combination of the constant bombardment with French and no English signs made navigating Montréal an extremely frustrating and lonely experience. By the end of my time there I was excited to leave French Canada and head to the English areas where I wasn’t looked at skew for not being able to speak French. 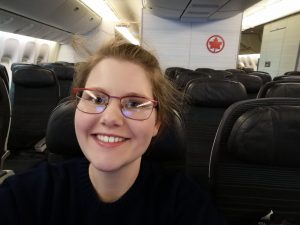 As I previously stated, I had planned to travel after my internship. Therefore, during my time in Canada I had set up my travel plans, I was going to Vancouver, Victoria and Niagara Falls and then to the USA travelling through to Disney World. During my time in Canada I had also acquired a job in Ireland and had to adjust the end of my travel plans such that I could start my job. Having paid for my flights and most of my accommodation I was exciting about my future travels. However, it started to become abundantly clear through February and March that this virus that had been taking over China was starting to take over the world. After many long phone calls with my parents at the end of March it was decided that I needed to cut my time in Montréal short and get home ASAP. Within 36 hours of deciding I needed to come home I was on one of 3 very empty flights to Johannesburg, which couldn’t have been sooner as Mr Ramaphosa had just announced that the nation wide lockdown would start in 3 days. My last flight to Durban had been cancelled but fortunately my sister was travelling home from Potchefstroom and came and fetched me on the way. After 48 hours of travelling I arrived home a day before the nationwide lockdown, a blessing that took a couple of months to realise. The adjustment to life back home was to some degree easier than I had expected, I supposed facing a global pandemic changes your perspective considerably. I was grateful to be home and safe and with my family. Over time it set in that I was missing all the many travel plans that I was so excited about which was upsetting, however, knowing what everyone is facing with the pandemic I am still grateful to be safe and home, travels can happen another time.