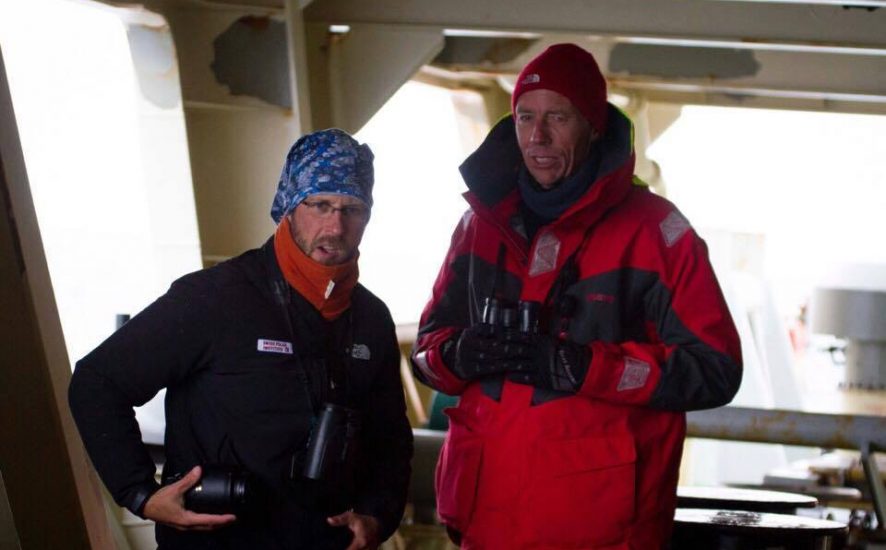 Professor Peter Ryan, Director of the Percy FitzPatrick Institute of African Ornithology since 2014 at South Africa’s University of Cape Town was awarded A-rated scientist status by the National Research Foundation last month.  This is the highest accolade in the NRF’s rating system to rank researchers in South Africa.  A-rated researchers are unequivocally recognised by their peers as leading international scholars in their respective fields, for the high quality and impact of their recent research outputs. Acquiring an NRF rating generates considerable acknowledgement and respect for the individual researchers as well as for their institutions.

The ‘Fitztitute’ has never previously boasted an A-rated Director and Peter is also the first A-rated ornithologist in the country, and one of the few who have worked within the South African National Antarctic Programme (SANAP).

Peter is a graduate of the University of Cape Town.  Following a First Class Zoology Honours he completed his MSc (on plastic pollution in seabirds) and his PhD (on the endemic finches of Tristan da Cunha’s Inaccessible Island) at UCT.  After a post-doc in California, he returned to South Africa to take up a lectureship in the Fitztitute in 1993 (click here).

For the last two decades, Peter has been in charge of the FitzPatrick Institute’s SANAP research on seabirds at South Africa’s Prince Edward Islands in the southern Indian Ocean, as well as at sea in the Southern Ocean.  Currently he is leading the ornithological project entitled  “Monitoring of threatened albatrosses and penguins: population censuses and distribution at sea” of the Antarctic Circumnavigation Expedition (ACE), spending three months aboard the Russian research vessel Akademik Treshnikov.  A number of peri-Antarctic islands are to be visited on the voyage, with South Africa’s Marion Island having been the first stop late last month.