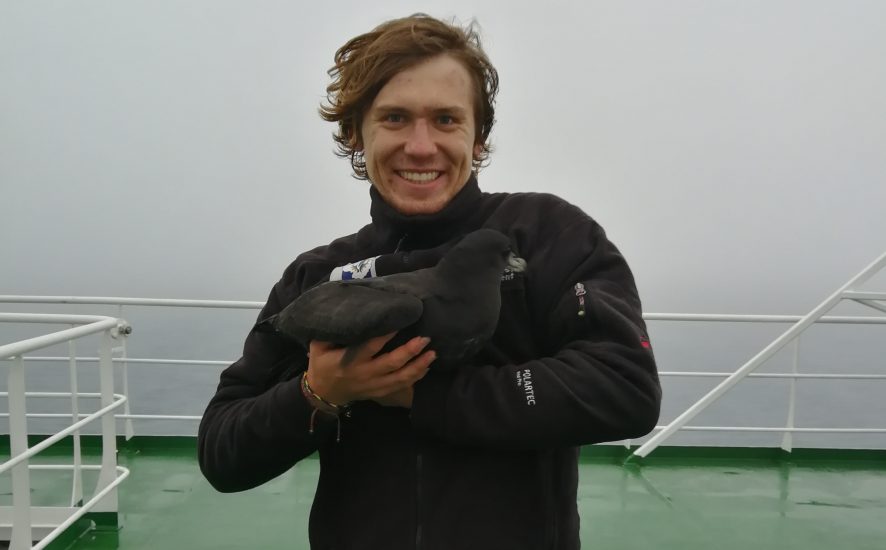 Metadata for all photos (239) were supplied by Oliver Hansen, for those photos taken by himself and by the authors as mentioned above.

Tell us about yourself, how and where you ended up studying BSc

I was born and grew up in Cape Town. I went to a German school in Tamboerskloof. I always knew that biology is the way to go for me so I decided to study science. I initially  wanted to study Marine Biology but my application at UCT was not successful. I also applied to do Biotechnology at Stellenbosch. I was accepted there so I moved to Stellenbosch. On the first day of varsity I found out my career was going to be heavily lab based and I immediately changed to Biodiversity and Ecology. I stayed in Stellenbosch until I finished my honours.

Where did you first year about SEAmester?

From the South African Network for Coastal and Oceanic Research (SANCOR) email list. 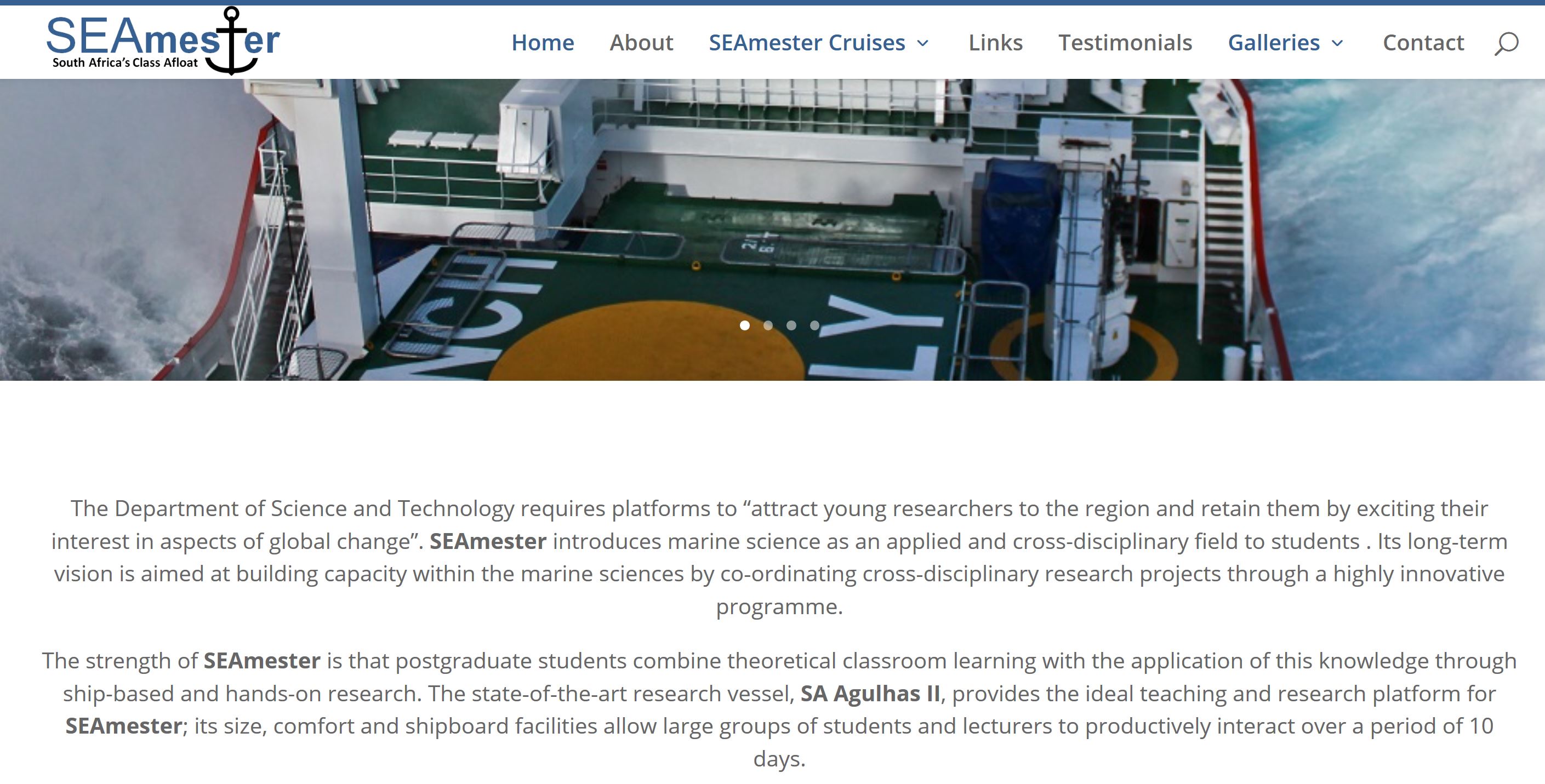 How did you manage to be part of SEAmester?

I wanted to be on the S.A. Agulhas II for a very long time. As a kid we went to the open days of both the old and new vessel and I fell in love with them. I convinced my supervisors that it was  good idea to let me go on SEAmester III  and they very kindly wrote some motivational letters. I also had to ask for the blessing of our course coordinator. After receiving this, I had to do all the work I was going to miss in advance. This was a super busy time for me. For the cruise application itself, we had to hand in a few documents including a motivational letter and a medical. Getting the medical was a lot of fun because we had to get a bunch of tests done that I have never had.

(Click here if you want to apply for SEAmester 2019)

How long was the cruise?

The cruise was just under 2 weeks.

What did you learn?

There were two classes onboard: Tools of the Trade (TOT) and Oceans in a Changing Climate (OCC). I was part of the latter class.  We had what was essentially a crash course in ocean science. We learned about ocean chemistry, plankton and nekton as well as birds. We also had practical sessions, where we would take samples of ocean water for chemical analysis and zooplankton or fish larvae investigation.  We watched how oceanographic equipment was collected after being at the bottom of the sea for months. We also had to conduct and present a project. Our group looked at plastics and their distribution in the ocean. Although very interesting, it was also a little depressing, seeing all the plastic in the ocean.

What did SEAmester mean to you and the enhancement of your career?

SEAmester was definitely a life changing experience. I have never been in a situation where I was unable to see land for just under 2 weeks. We all know that the ocean is much larger than the landmass but to actually feel and see it that is a different experience. It gives you a whole new perspective! I also gained a bunch of new friends and I met some very interesting researchers. Because of these new contacts, I was able to go on the Marion Island Take-Over Voyage in 2018. It was really fun to see some students and researchers again that I met during SEAmester. It definitely helped me to realize that this is the type of research I would love to get involved in as a (hopefully one day) scientist.

Any special memories you had on SEAmester?

The first few hours on the ship were so exciting because everything was super new! And I couldn’t believe that I finally managed to be able to sail onboard my dream vessel! Although we were on the ship all the time, we got to see a lot of animals. As we left the coast, we were followed by a bunch of seals, we saw whales, octopus eggs stuck on oceanographic equipment and a very surprising amount of birds.

One of the most amazing days we had was the last evening. There wasn’t a wave nor a cloud in sight and even the wind was absent. The ocean was so flat it was unbelievable. And the colour of the open ocean is one of the most beautiful hues of blue I have ever seen. Just sitting there and basking in the sun was so great.

Some of my favorite activities on board was trying to walk up and down stairs or down a corridor with heavy swell or falling asleep to the ship slowly rolling rhythmically. Other activities included playing ping pong and football in the helicopter hangar.  All in all every day was a highlight, because the work was interesting, the people were so funny, and the food was amazing.

I would like to say a massive thank you to Isabelle Ansorge and Tahlia Henry for organising this and to the captain Gavin Syndercome and his crew for making the voyage such a success.

SEAMester in one sentence….

It was excellent! Very interesting lecturers and topics. We were very busy and there was never a dull moment. Everything about this experience was amazing. 10/10 and a golden star!

Oliver moved to Uppsala, Sweden, to do his Masters in Conservation and Ecology. His new mission is to reach both the Antarctic and the Arctic on a scientific expedition. He already took a course in Abisko in Arctic Ecosystems and being only around 200km north of the Arctic circle, his ‘mission’ might just become a reality.

ALSA would like to thank Oliver Hansen for supplying us with this fantastic collection. We would like to wish you all the best for the future.