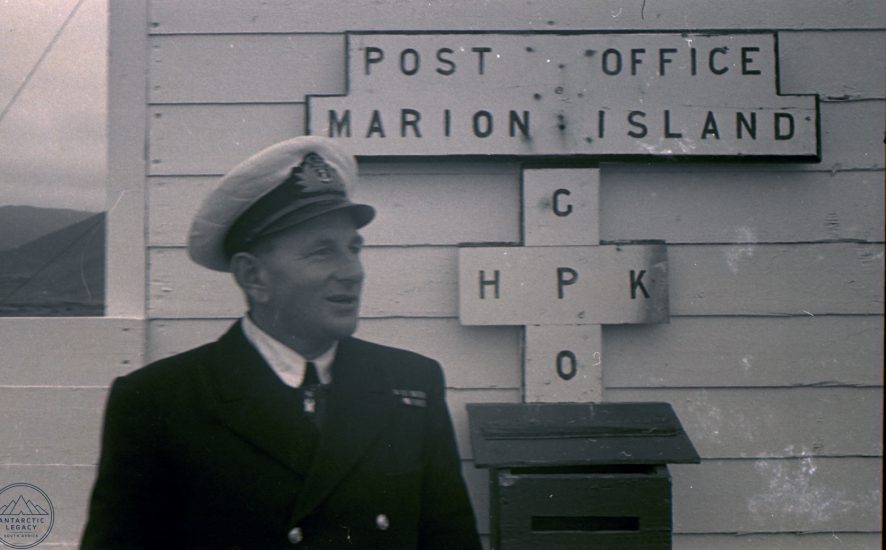 On 9 October each year World Post Day is celebrated, the anniversary of the establishment of the Universal Postal Union in 1874 in the Swiss Capital, Bern. It was declared World Post Day by the UPU Congress held in Tokyo, Japan in 1969. Since then, countries across the world participate annually in the celebrations. The Posts in many countries use the event to introduce or promote new postal products and services. 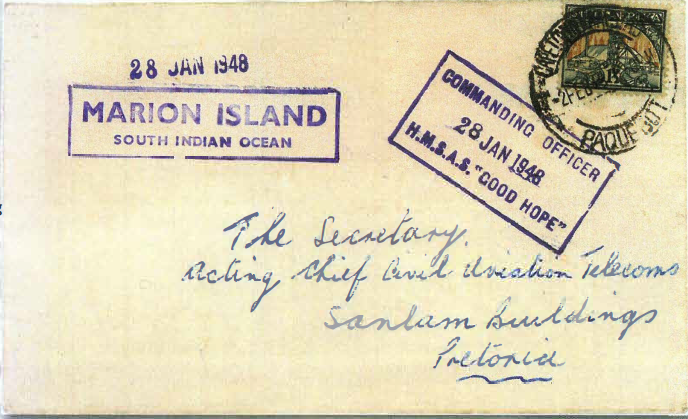 Excerpt from “THE POSTAL HISTORY OF MARION ISLAND” full document available on ALSA archive by Dr JR Frank  – Philatelic Society of Johannesburg. South Africa’s most southern Post Office has been at Marion Island. Marion Island, the largest island in the Prince Edward Islands was annexed on 29 December 1947  and  came  to  be  regarded as part of the Cape Province administratively. Over the next  three  months,  amidst  much naval activity, a weather and  a  radio station were established on the island.

Postal Arrangements: Postal facilities from the outset were limited, mails being made up whenever a supply ship arrived. The acting postmaster meteorologist Allan B. Crawford, of was Tristan da Cunha fame. He was not permitted to cancel postage stamps on the island, as this had to be done at Cape Town or wherever the mail was landed in South Africa. The first official mail left the island on January 1948.

Above Marion Post Office (l-r): Alan Crawford, Tristan da Cunha Islanders, during winter. Detailed article on A B Crawford and the Postal History of Marion Island from the SA Philatelist journal. Browse the ALSA archive for more images and documentation on the post office at Marion Island

During voyages and takeovers to SANAP stations, many envelopes are stamped on the vessel as well as at the stations above Images of envelopes contributed by Gideon Rossouw