This day in history: First at the Prince Edwards? A Dutch East Indiaman discovers the islands of Maerseveen and Dina in 1663 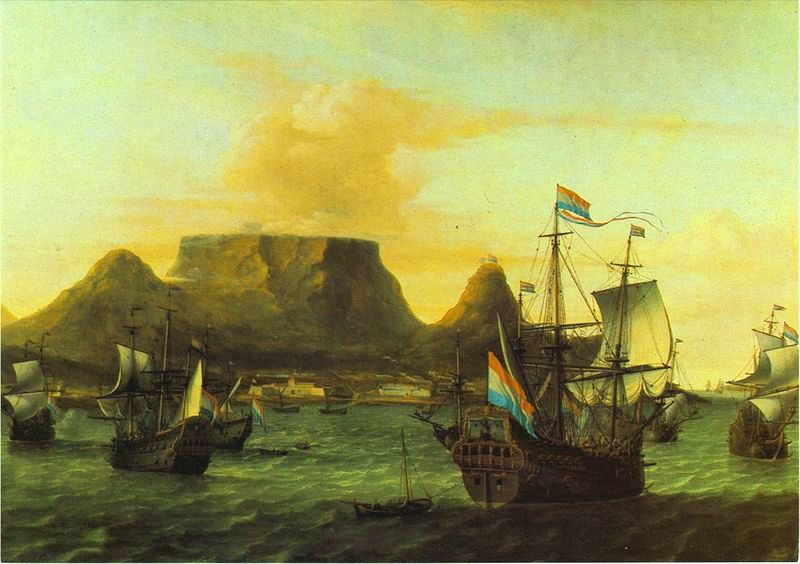 On 14 February 1663 the 1210-ton Maerseveen of the Vereenigde Oostindishe Compagnie (VOC, Dutch East India Company) left Table Bay, Cape of Good Hope (modern Cape Town) after a 10-day stay on its second voyage to Batavia (Jakarta, Indonesia).  Venturing farther south than usual in what was recorded as generally fine weather the Dutch East Indiaman came across two islands at a reported 41°S on 4 March.  Her Captain, Barent Barentzoon Ham named the more northerly island Dina (also given as Dena or Denia) and the more southerly one after his ship.  The Maerseveen had left the island of Texel in The Netherlands on 9 October 1662.  The ship’s First Mate, Michiel Gerritzoon Boos, kept a journal recording these events that has fortunately survived as that of the Captain’s from Cape Town onwards has not.

In the days before chronometers, ships out of sight of land had to determine longitude by dead reckoning. However, there seems little doubt that the Dutch were the first to discover the Marion and Prince Edward Islands, noting that Boos himself called the longitude recorded (43° 40’E) only (in translation) a guess.

No landing was attempted although the southerly island (Marion) was approached close enough for its seacliffs to be noticed.  It was over a century before the French (re)discovered the two islands in their correct position on 13 January 1772 (click here).

Featured photograph: No depiction of the Maerseveen is known, but she may have looked like this Dutch East Indiaman in Table Bay in 1683, painted by Aernout Smit, 1642–1710 (William Fehr Collection, The Castle of Good Hope, Cape Town).