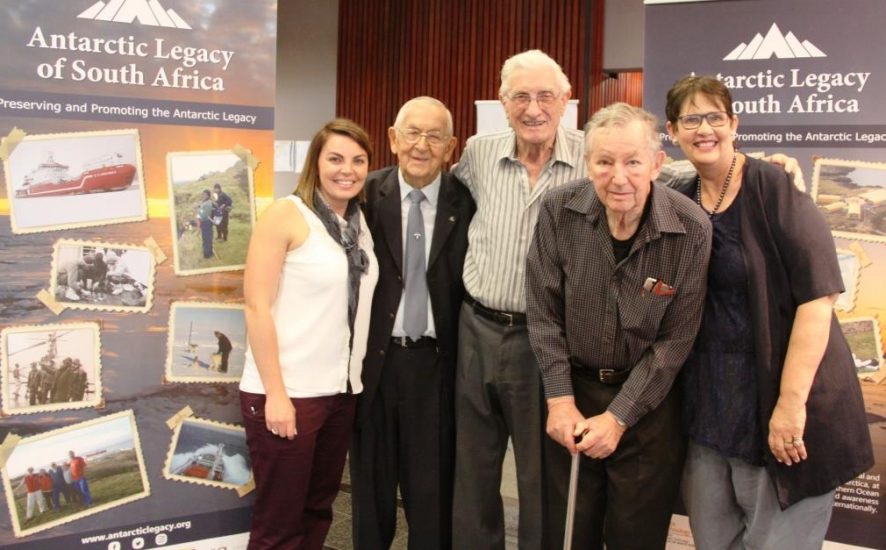 The Publication “Die Wit Horison” was written in Afrikaans by Dr André le Roux van der Merwe, Medical Doctor of SANAE 1 – South Africa’s first Antarctic expedition of 1959-1961.  Until now, this has meant that the book has only been accessible to Afrikaans readers and not to wider national and international audiences. The text has been translated with the aid of a grant received from the Trans-Antarctic Association by Hanlie Gouws, an environmental journalist who has visited Dronning Maud Land in Antarctica. Her translation was then checked against the original text by Marienne de Villiers (who also co-wrote the introduction to the translation) and André Fourie.  Final editing of the translation was undertaken by John Cooper.  South Africa’s National Research Foundation and the Trans-Antarctic Association grants have allowed publication of The White Horizon. Human & Rousseau agreed to the publication of the English text.

The launch of the English translation – The White Horizon was on 14 April 2018 in Pretoria, at the National Library of South Africa. This was a memorable event as the Antarctic Legacy of South Africa was able to have the three remaining members of the first South African Antarctic expedition to attend the launch – a written diary of their adventure and endurance in the most extreme continent on earth. Included in the back of the book is a CD that contains the images provided by Dr André le Roux van der Merwe as well as the Afrikaans edition (“Die Wit Horison”) of the publication.

Ria Olivier welcomed everyone and expressed gratitude for those involved in the publication of The White Horizon. Thereafter John Cooper told the story of how the translation came about and during this ceremony copies were handed to the three remaining SANAE 1 team members; Marten du Preez, Chris de Weerdt and Theo van Wijk. Copies were also presented to Mettie la Grange (wife of the leader of SANAE 1, Hannes la Grange), also to the daughters of Dr André le Roux van der Merwe who played an important role in the publication; Janetje van der Merwe and Elmarie de La Ray.

Afterwards a meal was served that reflected the SANAE 1 Midwinter and Christmas menus. During the meal Marten du Preez and Chris de Weerdt shared some special stories of their time in Antarctica.

Please visit our website www.antarcticlegacy.org and the ALSA archive for more images and documentation of SANAE 1.

This is the fourth book published by ALSA in what is expected will become a valuable series of publications about the history of South Africa’s legacy ‘down south’. Please contact us if you are interested in purchasing a copy of the publication.

Click on the arrows to slide through the gallery.