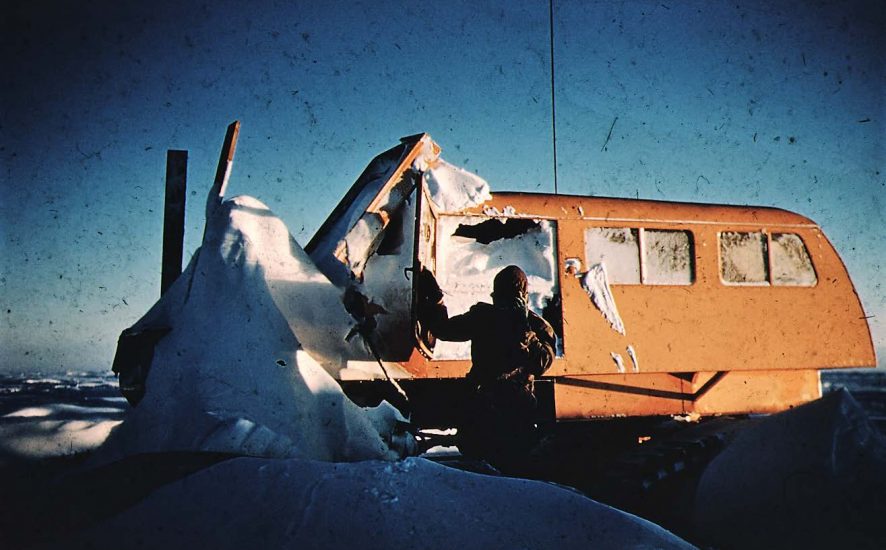 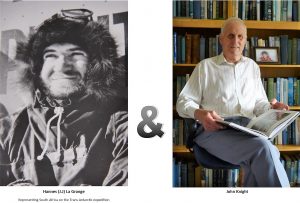 Hannes and John share their names as Hannes (Johannes) in the Afrikaans language is John in English. Although that is not all they have in common.

Antarctic Legacy of South Africa (ALSA) connect John Knight with Hannes La Grange’s family and the common factor is the Trans Antarctic Expedition. John Knight emailed the project to get permission of images taken by Hannes la Grange during the Trans Antarctic expedition. As Ria Olivier made contact with Hannes la Grange’s widow Mettie la Grange a few years back and been in contact since, she gave her consent and the process was on its way.  John Knight was able to use the images in his publication.

As stated on the back cover: The plan was meticulous, and the stakes were high: national, political and scientific interests all depended on its success.

There have been numerous books about the Commonwealth Trans Antarctic Expedition.  I have read and indeed own copies of them and what I found fascinating about this particular expedition is that due to its structure it was effectively three parts all rolled into one and none of the participants actually took part in all three.  This has resulted in a slightly disjointed view for the general reader and even the polar enthusiasts.  Putting it together has taken several years of my searching records and photo archives to produce what I feel tells the heroic tale of those that took part. Commonwealth countries were invited to take part and New Zealand, Australia and South Africa responded not only with personnel but also vital cash injections that helped to fund the enterprise. 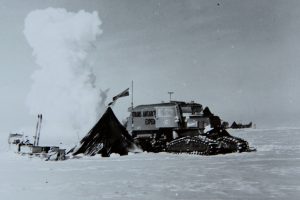 A young Meteorologist from South Africa called Hannes la Grange volunteered to take part and he was one of only five men to spend the full three years that it took to carry out the project.

The first year was probably the hardest when just eight men were left on the Filchner Ice Shelf to build the base hut and begin the process of establishing a foot hold for the second phase of the expedition that would commence in 1956.  That year on their own came as a great shock to them all but survive they did and the plan got off to a successful start thanks to their ingenuity and damned hard work.

The final outcome of the project was an undoubted national success and credit must be given to all those involved in the planning, administration and most importantly to the men on the ground who carried out the onerous task of overcoming the multitude of obstacles that kept assailing them.

Who is John Knight and how did he became involved in writing the history of The Trans Antarctic expedition?

He retired in 2007 after nearly 50 years as a trained mechanical engineer. Over the space of the last 20 years he has accumulated a library of over 500 books associated with polar exploration. And this is also where ALSA connects as the project has been establishing a collection of Antarctic books at the Stellenbosch University Library.

He concluded that he would attempt to write a book of his own.  The subject of his endeavours was the Trans Antarctic Expedition carried out between 1955 and 1958 and led by Sir Vivian Fuchs and Sir Edmund Hillary. Due to his lifelong connection to all things mechanical that needed designing, making or maintaining the mode of transport for this expedition appealed to him and gave him a greater understanding of the hardships that the team had to endure.

The book is available from Amberley Books. ALSA is ordering a few copies of John’s book to preserve as part of our polar heritage and definitely a copy for the Stellenbosch University Library’s Antarctic collection. If you are in South Africa and interested in obtaining a copy, please contact me before 10 November, riaolivier@sun.ac.za.