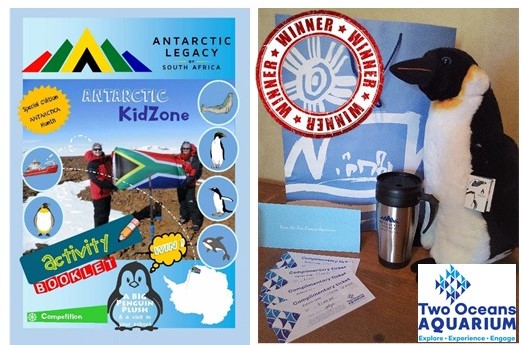 Included in this Antarctica Month Activity Booklet was a logo-design and colouring competition. The idea of the competition was to introduce children, ages 6 to 14, to the Antarctic and sub-Antarctic and to learn something about the different animals that occur in their regions. Making children aware of topics they may not be often exposed to will lead to a more informed young generation.  We received over 300 amazingly creative entries of which only three winners could be selected.

ASLA would like to thank Prof Marnel Mouton, of the Department of Botany and Zoology, Stellenbosch University for selecting our three winners. She judged the entries according to the criteria of creativity, the use of colour and originality.  Our congratulations go to the three winners: