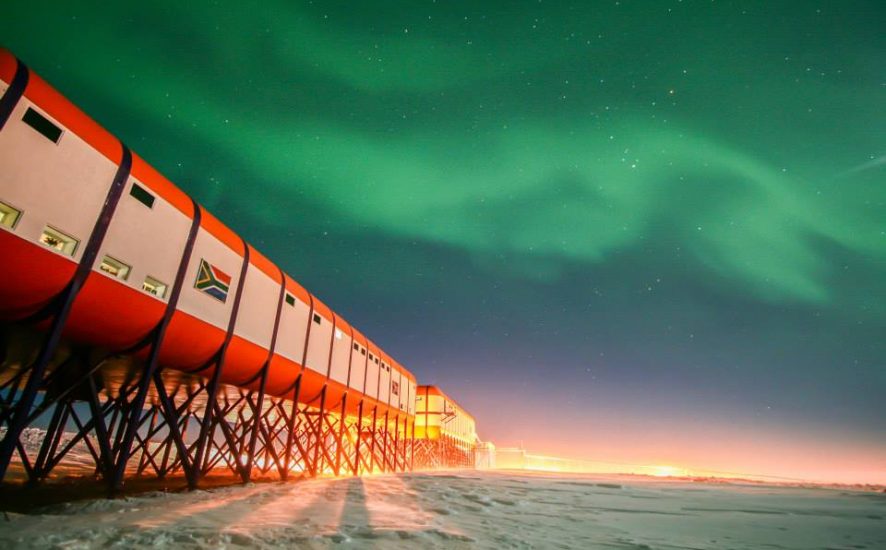 A solstice can be defined in a number of ways but few really explain the mechanics of the phenomenon. Firstly, a solstice can be said to be either of the times each year when the sun is furthest from the equator. It is also the time when the sun is vertically above the Tropic of Cancer in the northern hemisphere or the Tropic of Capricorn in the southern hemisphere. When the northern hemisphere experiences its summer solstice (nominally on the 21st of June), this results in that hemisphere experiencing its longest day of the year while the southern has its longest night. The situation is reversed at the time of the second annual solstice, nominally on the 22nd of December (download a fact sheet from the archive).

Generally “midwinter” in Antarctica, the solstice is celebrated at all bases with over-wintering personnel. This has been a tradition since the early days of exploration at the turn of the 20th Century. A festive lunch or dinner is prepared, attended by everyone at the base. Fancy-dress costumes are a popular feature of the festivities, while many bases also hold variety concerts and publish commemorative journals, featuring the talents of the team members. 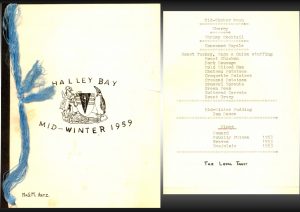 First celebrations on Antarctica by South Africans.  Gordon Artz was a South African meteorologist at Halley Bay. He was part of the British team to Antarctica.

First SANAE team midwinter. The invitation and menu of the 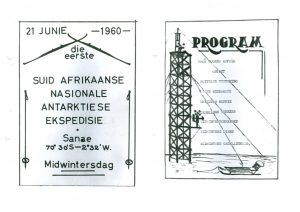 “From the previous afternoon, we started receiving messages of congratulation on the half-year that was behind us, and best wishes for the half-year that lay ahead. There were 23 messages in total. We received messages from Sir Vivian Fuchs, from the Americans at McMurdo Sound, the Japanese, the French at their base at Amsterdam Island, the Australians, the English at Halley Bay, and many more. The previous day we, too, had begun sending them messages of congratulation for their achievements.
Outside on the snow, we used electric lights to spell out SANAE in large letters. We went outside just after twelve. It was -16°C. We stood around a small oil fire. It didn’t help to warm our bodies – only our imaginations. Hannes fired red and green flares from the Very pistol. Their light painted the frozen ice plains red and green. From “The White Horizon” by Andre Le Roux van der Merwe, published by Antarctic Legacy of South Africa.

Greetings of Midwinter are send by the overwintering teams of countries on Antarctica and sub-Antarctic islands to other stations.

It is also the time to check the Aurora forecast on NASA:  Hourly Aurora Forecast using real-time solar wind

data from NASA’s ACE spacecraft, matched with data obtained from a network of magnetometers located worldwide, “we are able to forecast, with reasonable accuracy, how the Southern Lights will behave up to one hour in advance. The image shows estimated aurora activity now”. http://www.aurora-service.net/aurora-forecast/