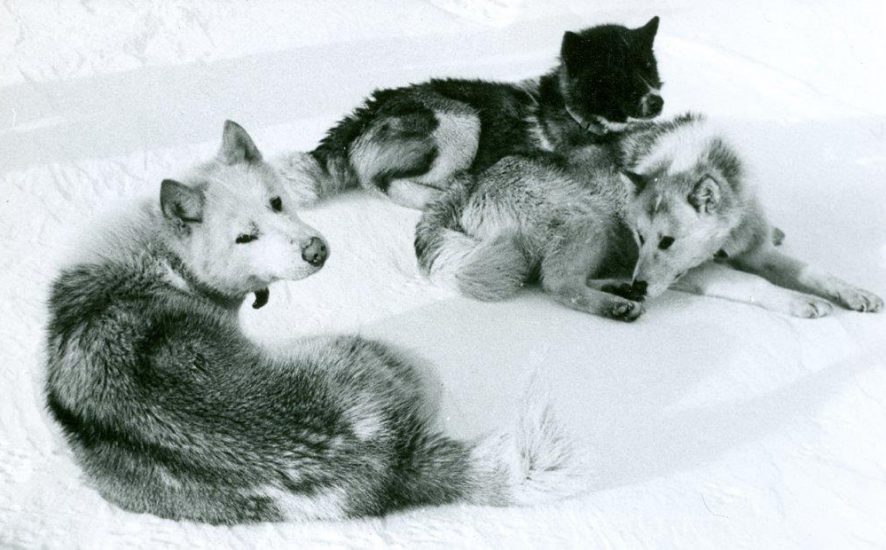 Charles Kingsley (SANAE 8) write “To work with huskies, giving them food, patting them and riding on the sledge under an icy, blue Antarctic sky while they are pulling, is one of the most exotic and romantic feelings you could imagine. The huskies at SANAE are mainly crossbreeds between Greenland and Labrador types. Although huskies are lovable and kind to man they fight frequently with each other.  In contradiction to their furious nature against each other, they are lovable towards man and even seek to be petted.”  Read more full article on ALSA archive.

Sled dogs were used until 1992, when they were banned from Antarctica by the Protocol on Environmental Protection to the Antarctic Treaty  of 1991 “ Dogs shall not be introduced onto land, ice shelves or sea ice” The concern was the dogs might transfer diseases such as canine distemper to the seal population. 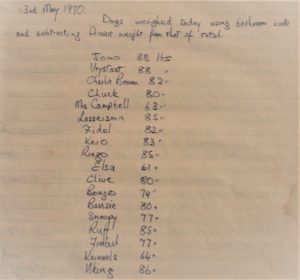 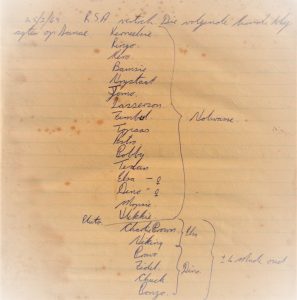 A Dog Diary was digitised that was kept from 1969 to 1972. The diary include entries of dog names, weight, behaviour and wellness.

From Articles on the ALSA Archive :

The men of South Africa’s twelfth Antarctic expedition returned after 14 months in the paralysing cold of the South Pole continent. They brought back 1 917 lb of rocks for the scientists, memories for a lifetime, and the team member who suffered most – Viking the male sledge dog.” Full article on ALSA Archive

In March 1964 it is reported that “two of our dogs died during our stay-Oscar, the leader, had to be put to sleep because of festering wounds and Bruno’s death a due to peritonitis.” News from SANAE and the Islands in Antarctic Bulletin.

There is more information and articles on the ALSA archive, two more links: The husky- friend and fighter by Van der Merwe and Kuiergaste en Hondegeluk in Antarctic bulletin.