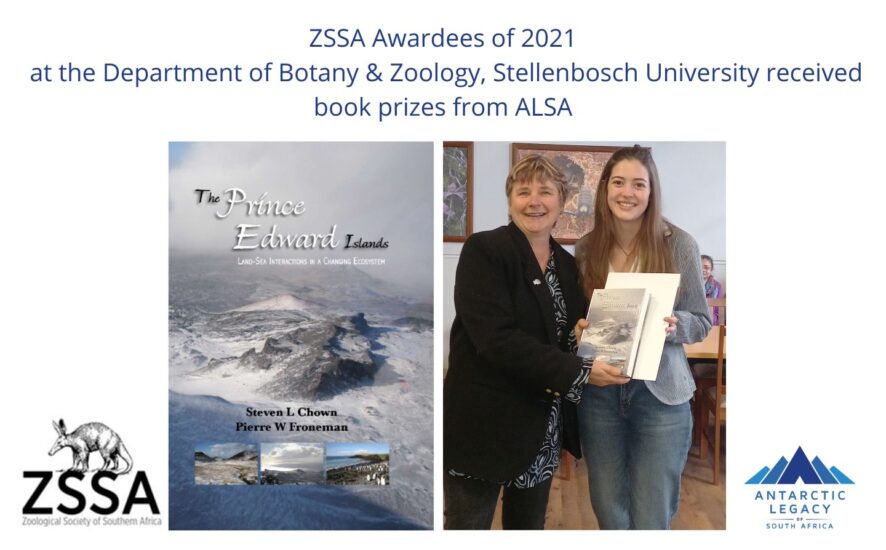 The Zoological Society of Southern Africa (ZSSA) presents an annual award for the most outstanding third-year and Honours students in Zoology at each of the South African universities.

At Stellenbosch University, on 29 June 2022, the Department of Botany and Zoology had the opportunity to present the prizes to awardees of 2021, at the first in-person departmental tea in over two years.

ALSA contributed hard copies of the scientific book “The Prince Edward Islands: Land-sea interactions in a changing ecosystem” to each awardee. 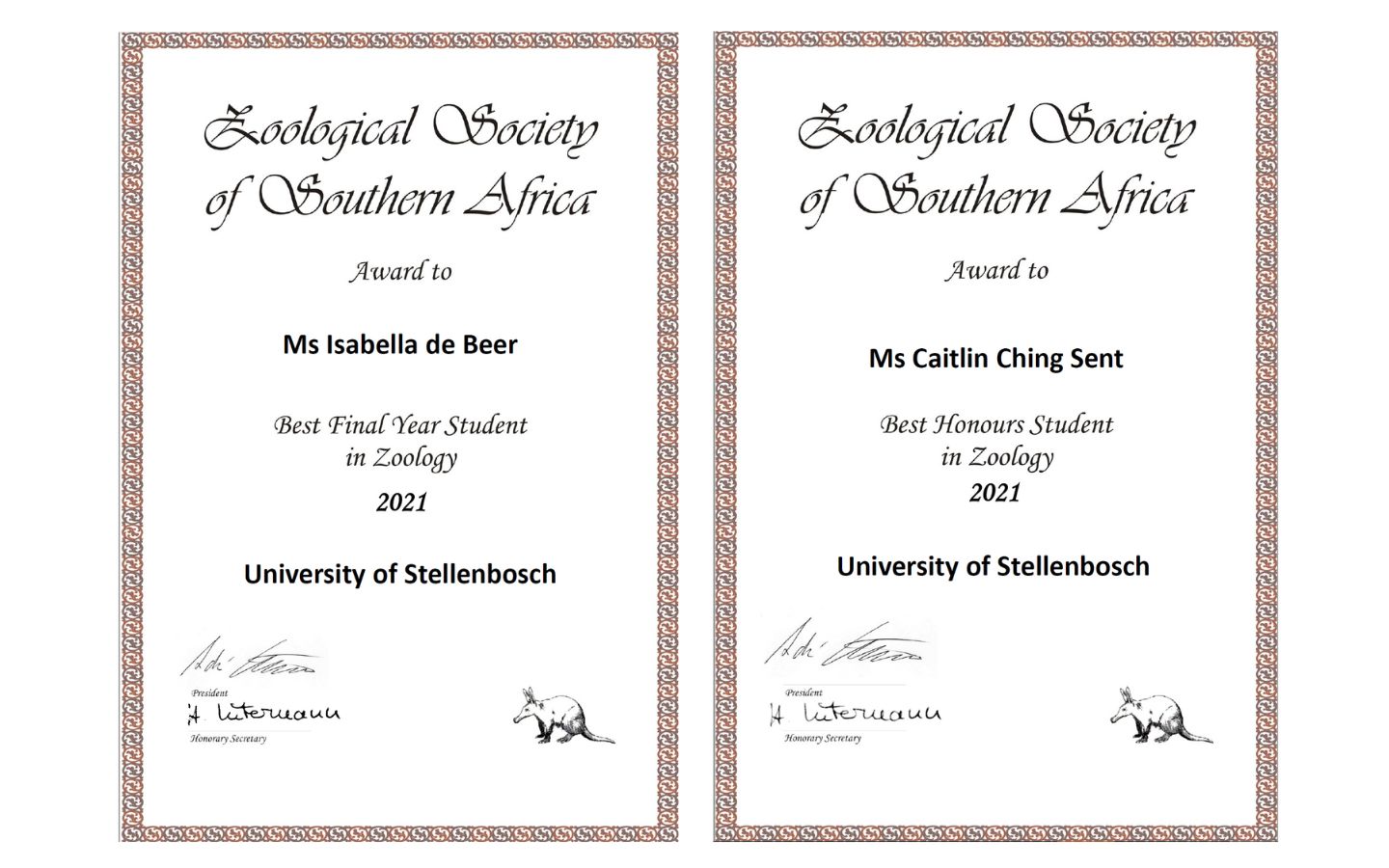