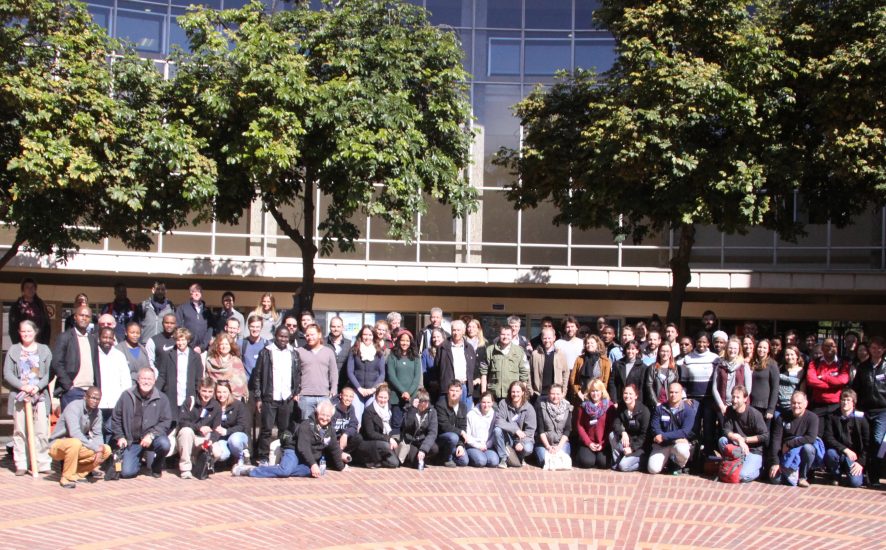 This year the South African National Antarctic Programme (SANAP) Symposium was hosted by the University of Pretoria and funded by the Department of Science and Technology (DST) – National Research Foundation (NRF). The ALSA Team would like to thank the University of Pretoria and the organisers of this event, Prof Don Cowan and Dr Thulani Makhalanyane. You’ve certainly set the bar high. This symposium was a huge success and we feel honoured to be part of SANAP.

A total of nine sessions was held during the symposium, four of which covered Biological Sciences, including terrestrial and marine science. The remainder of the five sessions of this two-day-long symposium covered the following: Geology and Soil Science, Physical Oceanography, Atmospheric and Space Sciences, Policy and Operations and lastly Historical, Social and Educational Perspectives. During the last session ALSA had the opportunity to spread the word on ‘Social interaction as a tool for science communication to create Antarctic Awareness’. More articles will follow soon on each of these sessions.

All the presentations proved the value behind Antarctic and sub-Antarctic research. The symposium was ended with a final talk presented by Brian Huntley. Brian was part of the First Biological & Geological Expedition to Marion and Prince Edward islands in 1965/1966. His talk reminded us where all the research began. Data, especially photos taken of the ice plateau during this expedition, might contribute significantly in proving the reality of global warming on Marion Island.

Kobus Rudolph, of the programme BUITE broadcasted on Grootfm 90.5, interviewed Prof Don Cowan and Dr Thulani Makhalanyane during the symposium. Follow this link  if you are interested in listening to his interviews,  alternatively click here.

This is only the first part of the interviews Grootfm 90.5 held during the SANAP Symposium, more links to talks to come with next week’s symposium article.