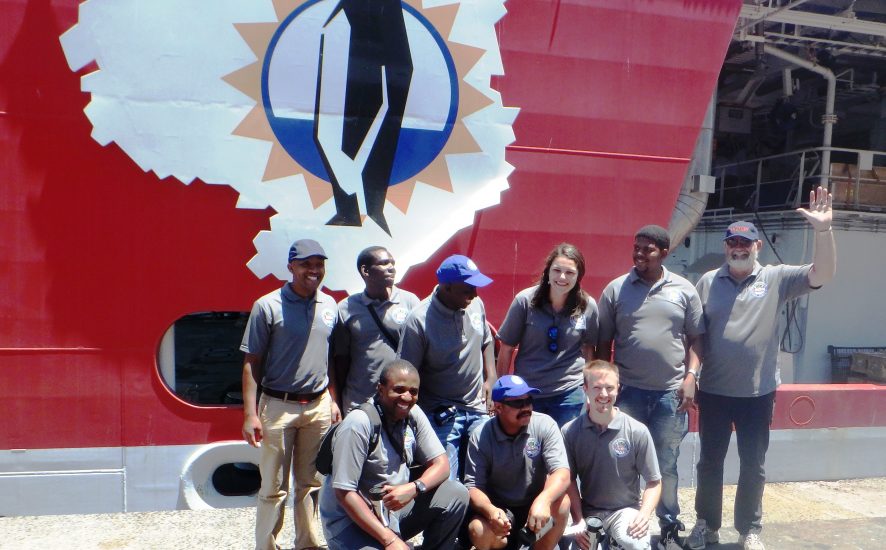 Mixed feelings between excitement and sadness reigned at Cape Town Dock’s East Pier, as overwintering team members, take-over personnel, researchers, maintenance crew and ship crew set foot on-board South Africa’s Antarctic research and supply ship the S.A. Agulhas II before she sailed south for Dronning Maud Land on the continent yesterday afternoon. Family and friends wished each other Merry Christmas and a Happy New Year as by that time the ship would have reached the Antarctic ice shelf. From the ice shelf expeditioners will travel 200 km over-snow or by helicopter to the research station, SANAE IV perched on the isolated nunatak of Vesleskarvet, where the SANAE 56 team will overwinter.

Creating Antarctic awareness nationally is one of ALSA’s priorities.  It is Antarctica Day today and we took the opportunity to hand out our newly launched ‘special edition’ Antarctic Activity Booklet for all the kids at the East Pier yesterday. Today ALSA is visiting schools around the Cape Winelands to hand out booklets.