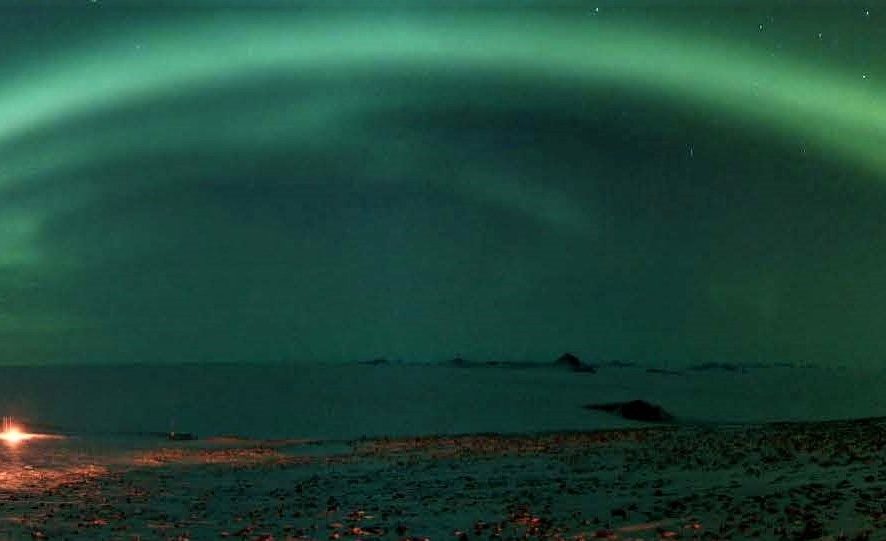 The southern and Northern Lights always attract photographers. The featured image is a beautiful omega formation of the Aurora Phenomena across the sky taken by Morgan O”Kenney(SANAE47) in 2008. 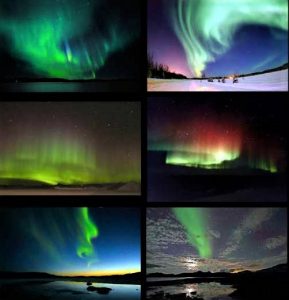 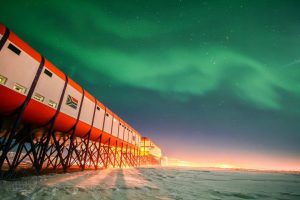 South Africa’s overwintering teams are able to experience this natural phenomenon during Wintertime at SANAE (South Africa National Antarctic Expedition) IV Station on Antarctica. The station is a well-resourced facility for the observation of natural phenomena occurring in the cosmos, in the atmosphere or the electromagnetic field surrounding the earth, as well as in the crust of the earth itself. Auroras, solar winds and the ozone layer are some of the subjects of this research, which has direct relevance to the world’s navigation and communication systems. Geological investigations help unravel the evolution of Gondwanaland, while meteorological and oceanographic observations provide clues to the process of climate change.

Over the years team members have taken many photos of this beautiful display. (L-R: Mark st Quintin  1981, Mark st Quintin  1981 and Graham BLyhte 1986 “One of the more visual and beautiful consequences of the sun’s influences of the earth’s magnetic field would be the Aurora Australis and Aurora Borealis, the southern and northern lights. The word “aurora” is from the Latin word “sunrise” or the Roman goddess of dawn”. From Endurance Newsletter of SANAE53 available on ALSA Archive. 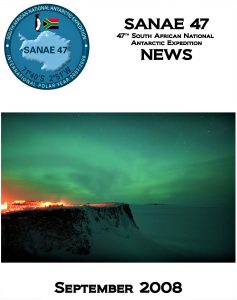 The Auroras is a beautiful light display during winter. The middle of winter is the Solstice.” A solstice can be defined in a number of ways, but few really explain the mechanics of the phenomenon. Firstly, a solstice can be said to be either of the times each year when the sun is furthest from the equator. It is also the time when the sun is vertically above the Tropic of Cancer in the northern hemisphere or the Tropic of Capricorn in the southern hemisphere. When the northern hemisphere experiences its summer solstice (nominally on the 21st of June), this results in that hemisphere experiencing its longest day of the year while the southern has its longest night. The situation is reversed at the time of the second annual solstice, nominally on the 22nd of December.” Information from Antarctic Booklet, compiled by SAASTA 2009.

The Runner-Up in the Astronomy photographer of the year 2019 was of  the AURORA Australis by James Stone, also known as the Southern Lights.