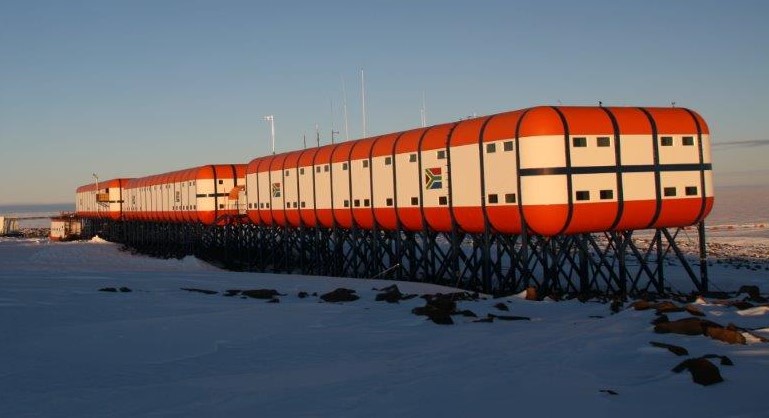 SANAE IV station in Antarctica lies at 71°S, 2°W – 4280 km from East Pier in Cape Town Harbour. SANAE IV base is built at Vesleskarvet, 220 km due South of SANAE III. South Africa occupies a base, SANAE IV, about 200 Km inland and 850 m above sea level on a nunatak called Vesleskarvet (‘little barren mountain’). Completed in 1997, this well-resourced facility replaced three others that were all built on the Fimbulisen Ice Shelf (SANAE I in 1962, SANAE II in 1971 and SANAE III in 1979). Having lost each previous base to the moving ice shelf, SANAE IV was built on more solid ground and with an improved, ultra-modern design, including a helicopter hanger. 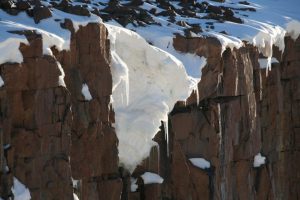 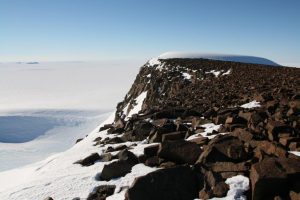 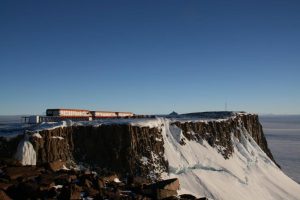 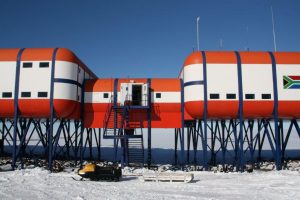 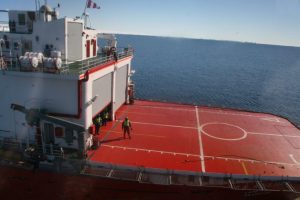 “After running around the clock for 18 years, it was finally time to refurbish the base and equipment in South Africa’s SANAE IV base in Antarctica – no easy task considering the remote location and extreme weather conditions” in SANAE IV Antarctica Refurbishment: Meticulously planned, carefully executed article in RACA (Refrigeration and Air Conditioning) Journal (January 2019, Volume 34, No 11) by Ilana Koegelenberg.

Visit the ALSA archive there is a lot of images available on the different SANAE stations over the years. SANAE IV 360 footage available on SANAP website. Read article on Launch of 360֯