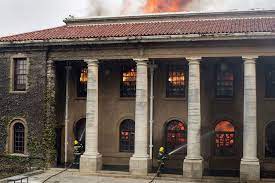 This past Sunday, the Antarctic Legacy of South Africa(ALSA) celebrated World Heritage Day but on the same day, a fire started on Table Mountain and spread towards the University of Cape Town(UCT). Several buildings were damaged and a devasting loss is that of some of the special collections of UCT Libraries.

“This is indeed a sad day for UCT and UCT Libraries! Although this loss will be felt deeply, we will weather this storm and rise from the ashes. We have a long road ahead of us but let us first mourn the loss of this significant institutional asset and come to terms with the impact and implications of this devastation.” – Ujala Satgoor, Executive Director 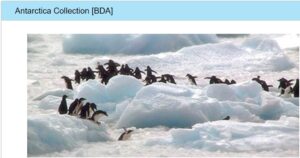 One of the collections of Rare and Antiquarian books is the Antarctic Book collection. Raymond Danowski, an American bibliophile and philanthropist, has long been a benefactor of libraries in South Africa, not least at the University of Cape Town. Some years ago he donated (and has continued to add to) his collection of materials on all aspects of Antarctica to the Diocesan College (also known as Bishops School), here in Cape Town. When the collection became so specialised that it outgrew its usefulness in a secondary educational environment, arrangements were made to transfer it Special Collections, at UCT Libraries.  Works may be identified in the online catalogue by the prefix BDA in front of the shelf number. (adapted from UCT Libraries)

As Principal Investigator (ALSA) and Librarian I reached out to Ujala Satgoor and she responded:

“Your offer of rebuilding the Antarctic Collection is most generous and much appreciated. We do have a long road towards recovery ahead of us and I’m certain that together we will get through this.”

During the past years, ALSA has received several requests from previous SANAP team members and others involved with or interested in the Antarctic and sub-Antarctic regions about the preservation of their polar book collections.  ALSA looked into the matter and has set up a polar book collection at Stellenbosch University  and since then donations were received by Patrick Morant and Bianca Lawrence and others. With these donations we have received a fe duplicates and will donate this to UCT special collections. 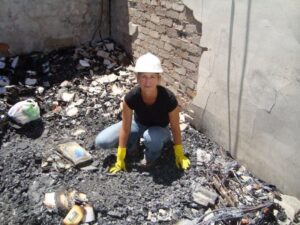 Prof Sandra Swart (previous collaborator-ALSA) remembers the fire at the Wilcocks Building and the loss of material. “I’ve been thinking a lot about our own fire that burned down Stellenbosch’s History Department a decade ago. Historians take the loss of a single book pretty hard. Hell, we were just getting over the loss of the Great Library of Alexandria!  The UCT fire is unimaginably more terrible. But there is hope – some collections were saved by an anti-fire shutter door system, and I know the global and local community of scholars will help rebuild UCT’s collections. History is the long game, we will rebuild.”

Therefore, ALSA would like to request that if anyone wants to donate books to please contact me via email at riaolivier@sun.ac.za (subject line: Antarctic Book Donation). Please do not send books yet, as we need to create a new collection for the UCT library and they will not be able to host it immediately. If you can send a list of titles of the books that you want to donate, I shall appreciate it and will contact you for further arrangements. 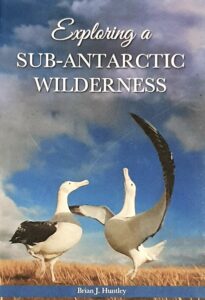 ALSA will be donating the following new publications: