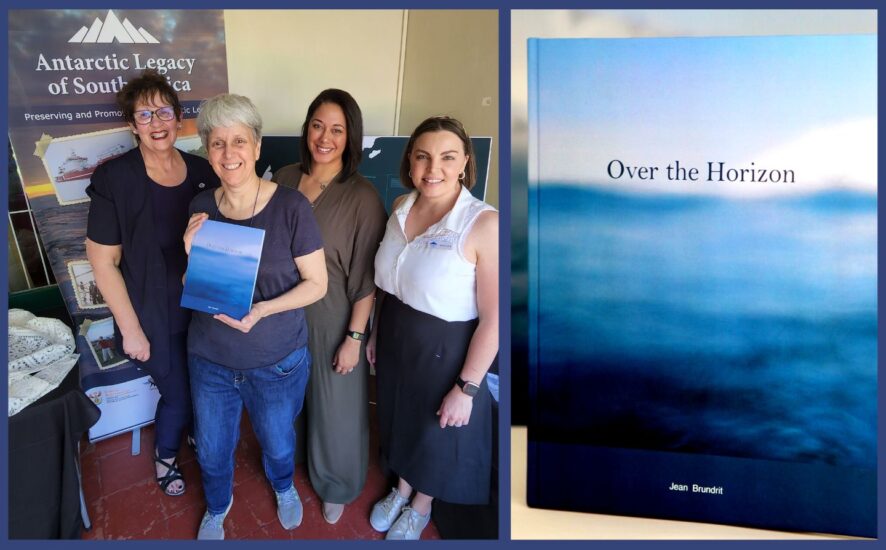 The Antarctic Legacy of South Africa launched its sixth book on the 3rd of November 2022 at the Irma Stern Museum in Cape Town.

Jean Brundrit’s book, Over the Horizon, is a work of art. The book contains images taken with an ice lens, in the Antarctic region, and at the Antarctic ice shelf. Read more about the author and the book here.

Following a welcome by Ria Olivier, ALSA’s Principal Investigator, Associate Professor in Photography Jean Brundrit addressed the audience of about 60 people. Sharing her Antarctic experience as part of the 2019 South African National Antarctic Expedition (SANAE cruise), onboard the S.A. Agulhas II. The launch brought together (art) friends and colleagues and (science) scientists previously and currently involved within the Antarctic region. The event was also attended by a number of Jean’s colleagues from Michaelis School of Fine Art (University of Cape Town’s Fine Arts department), including Associate Professor Kurt Campbell, Director of the department.

Copies of the book were sold by ALSA and signed by Jean, during the event. ALSA will sponsor the Mouse-free Marion project with R20 from each book sold at the book launch.

“Disclaimer: This is my own subjective take on the work, this is not to say that this is the artist’s intention with her work.

I feel as though the artwork is an effective vehicle for communicating the effects of climate change. Firstly there is the fact that the camera lens is made of ice which is slowly melting and constraining the artist’s time, much like global warming. Then there are the photographs, blurred and distorted as if they represent unclear memories of a place from long ago which no longer exists. So, comprehensively, a temporary landscape is being viewed through a temporary perspective, mirroring the temporary existence of a place at the mercy of global warming”.

Click below to view the video: Over the Horizon – Ice lens photography in Antarctica. 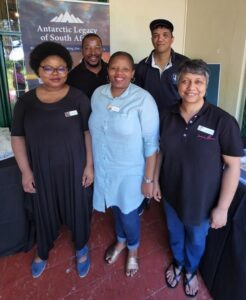 A special thank you to Nobukho Nqaba (Master’s student of Jean Brundrit) and the rest of the team at the Irma Stern Museum in Cape Town, for assisting ALSA with setting up for the event.

Featured Image: The ALSA team (Ria Olivier, Tahlia Henry, and Anche Louw) with the author of Over the Horizon, Jean Brudrit.