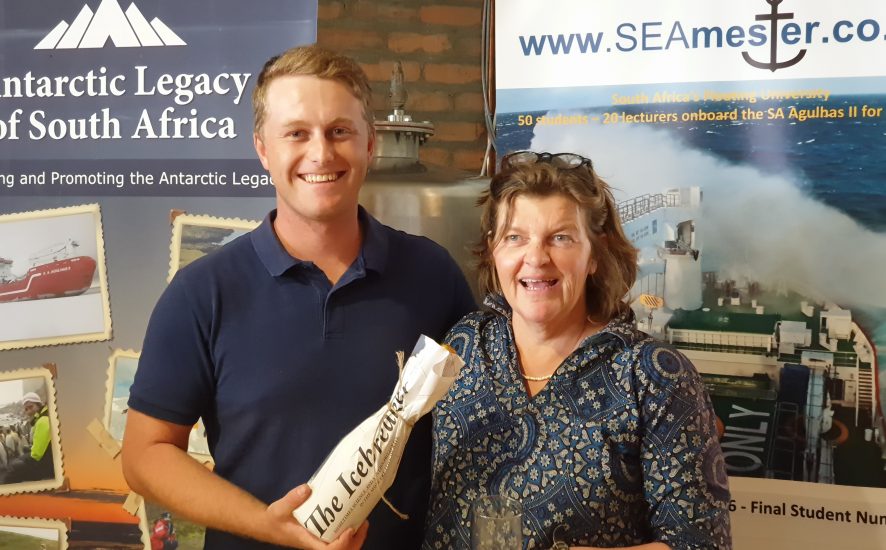 This story bring together science and passion..

Stephen Peel of the Shackleton Brewing Company was on Seamester 2016. 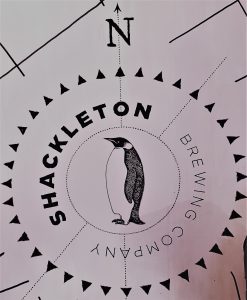 (Video available on Antarctic Legacy of South Africa digital  Archive) SEAmester introduces marine science as an applied and cross-disciplinary field to students. Its long‐term vision is aimed at building capacity within the marine sciences by co‐ordinating cross‐disciplinary research projects through a highly innovative programme.

“The Shackleton brand stems from Steve’s adventures to Antarctica. He spent 3 months exploring the open ocean of the South Atlantic as well as traversing the Antarctic continent. During his time there he read about the great Sir Ernest Shackleton who, during the early 1900s, began a voyage to cross the Antarctic continent. The compelling story of leadership, adventure, survival and an implacable drive for success resonated as qualities that Steve deemed valuable for this business.”

Story behind Shackleton Brewing Company – Early exploration in Antarctica was pioneered by few brave men. The bravest of them all was Sir Ernest Shackleton. He was a leader, pioneer and an ambitious dreamer. He had a goal to lead the first team to traverse the continent, through the South Pole. His expedition was cut short due to the heaviest season of drifting pack ice in living history that ultimately claimed his vessel, The Endurance. Inspired by his story of exploration, leadership and survival, Shackleton Brewing Company uphold these values to create uniquely crafted beers.
Shackleton Brewing Company stands for exploration and innovation. It is the pairing of scientific exploration and creative innovation that drives the brand. We are passionate about exploring the untouched world of Antarctica, and how better than to use beer as a platform to express this. This beer project came as an idea between two brewers Steve (Shackleton Brewing Company) & Jan (Dematec/Bevplus). Steve is as mad about Antarctica as Jan is about beer. This pairing meant that they went to extreme lengths to brew a beer made distinctly from Antarctic water and sustainable ingredients. The goal, one may ask, is to create something unique and having an impact. We aim to encourage science and sustainability through a carefully crafted product that everybody will enjoy.
This beer represents science and sustainability, our way of driving awareness to that of which we enjoy and value. They say on their website they partnered with the Best
• Dematech/Bevplus – Are industry leaders in beverage equipment, playing a key role in craft brewery consulting, equipment and brewing supplies.
• UCT Oceanography – South African science exploration and research in Antarctica is led by dedicated students, researchers and professors of the UCT Oceanography Department. Their efforts in ocean and climate research plays a vital role in our understanding of global climate systems. Thanks to their valuable research we were able to scoop up their used ice cores for our beer project.
• Antarctic Legacy – The Antarctic Legacy of South Africa (ALSA) project aims to preserve the rich human history of these expeditions and South Africa’s presence in the Southern Ocean over the last 70 years. Thanks to our partners at ALSA for their dedication to documenting the voyages and expeditions of South African scientists over the years. They have provided this project with information and context to the work done in the most remote of regions.
• SEAmester – An NRF funded project introduces marine science as an applied and cross-disciplinary field to students. Its long‐term vision is aimed at building capacity within the marine sciences by coordinating cross‐disciplinary research projects through a highly innovative programme.

Were it not for SEAmester that Steve (Shackleton Brewing Co) participated in, the Shackleton Brand would not have come to life. SEAmester provides a platform that inspires, educates and develops young minds in the fields of science. Shackleton Brewing Company aligns itself with science. Exploration that contributes to our understanding of climate change and sustainability. We have committed to donating a portion of the beer sales towards the SEAmester Programme
Brewing is both a science and an art. With this philosophy in mind, we have recreated our beloved Kölsch using naturally formed Antarctic sea ice cores as the primary ingredient. We started by gathering the ice cores from the UCT Oceanography laboratories and swiftly transporting them to the brewery. For the duration of Weddell Sea expedition, sea ice field work was conducted by the joint UCT-SUN (University of Cape Town and Stellenbosch University) teams. Sea ice was cored and processed in the laboratory onboard the R/V SA Agulhas II. 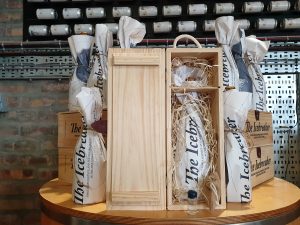 The Name Icebreaker?
• The name Icebreaker came about due to the relevance of the beer being Kölsch. Shackleton Brewing Company’s most popular beer – Kölsch, is known as The Endurance, an early design of an icebreaker ship sailed by Sir Ernest Shackleton and his crew.
• South Africa’s prized research vessel, the SA Agulhas 2, is also an ice hardened vessel that hosts the South African scientists who collected the ice cores we used in the beer.
• Further significance comes as Steve and Jan broke and melted the ice to produce this unique beer.
• The beer is a recreation of our popular Kölsch Beer, differentiated by the use of natural ice and sea water from the Antarctic Ice Cores as the primary ingredient. 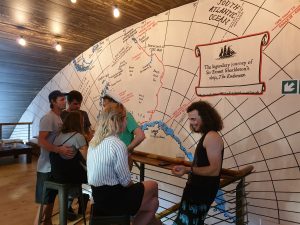 on Facebook an go visit the company with an exhibit of Shackleton books, fantastic display of images by Hermann Luyt and have a taste of the product. The launch of the beer took place on 31st Jaunary 2020 with an exhibit by ALSA and a visit by Prof Isabelle Ansorge.