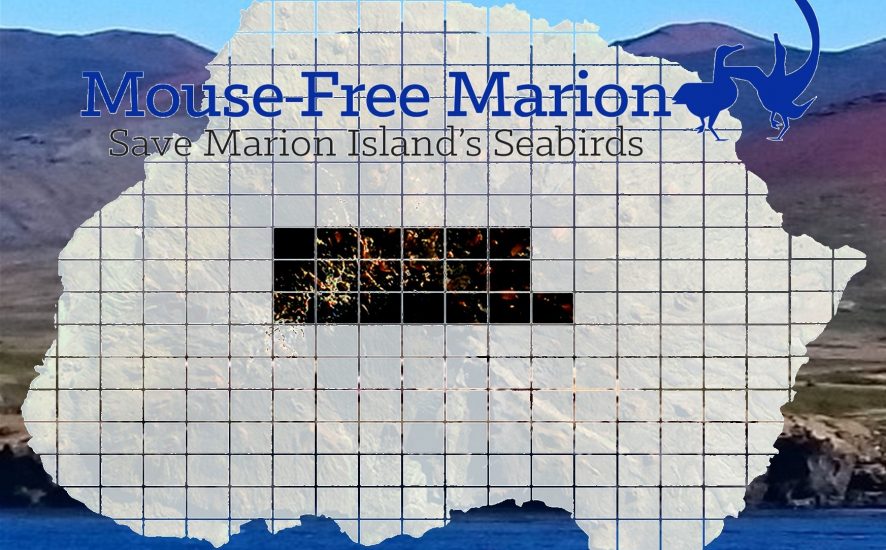 A partnership between the NGO BirdLife South Africa, the South African Department of Forestry, Fisheries and the Environment and the Mouse-Free Marion Non-Profit Company is working towards the eradication of introduced House Mice on Marion Island.  The Mouse-Free Marion Project is raising funds to eradicate the albatross-killing mice in the winter of 2023, as described on the project’s website.

“THE SPONSOR A HECTARE CHALLENGE”

At 29 000 hectares Marion will be by far the largest island at which a mouse eradication attempt will be made.  Not surprisingly, it will be an expensive exercise, that will include the need to charter an ocean-going ship, hire up to four helicopters and purchase hundreds of tonnes of rodenticide in the form of cereal bait that will be spread from the air. 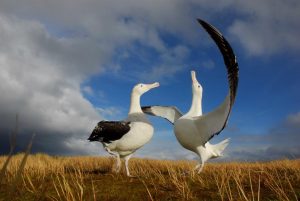 To help fund the project, BirdLife South Africa has embarked on a “Sponsor a Hectare” crowd-funding exercise.  For South African Rands 1000 (or US Dollars 70) the public can sponsor a hectare (or more), be listed on the website as a sponsor and receive a Certificate of Appreciation – and thus become part of clearing Marion of its mice that adversely affect vegetation, invertebrates, and in recent years its breeding seabirds. (Left – Photo credit : Ben Dilley)

As a member of a previous Marion Island Overwintering Team (or having visited the island on an annual relief) this is an opportunity to contribute and be part of the Legacy.  Get together with old teammates, friends and colleagues and put together a sponsorship. 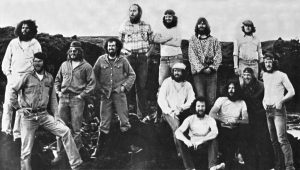 Already the M39 team of 1982/83 has sponsored 10 hectares of the island in memory of their fellow team member, Graham Clarke, who after 33 years as a paraplegic in a wheelchair following a stroke on the island, tragically drowned in April 2019.  Further, we would like to suggest that in putting together your team’s sponsorship you also challenge the teams that came before and after you (who you met and worked with during takeovers) to do the same.

The Mouse-Free Marion Project would then like to hear from you and your team for an illustrated “write-up” on its website and also on the website of the Antarctic Legacy of South Africa, which is facilitating this appeal through its extensive address lists.

Group photographs and names of past Marion team members may be found on this website.  To make your sponsorship – if you have not already made one, for which thanks indeed – go to https://mousefreemarion.org/product/hectare/ and become a part of Marion Island’s future.  Queries may be sent to info@mousefreemarion.org.