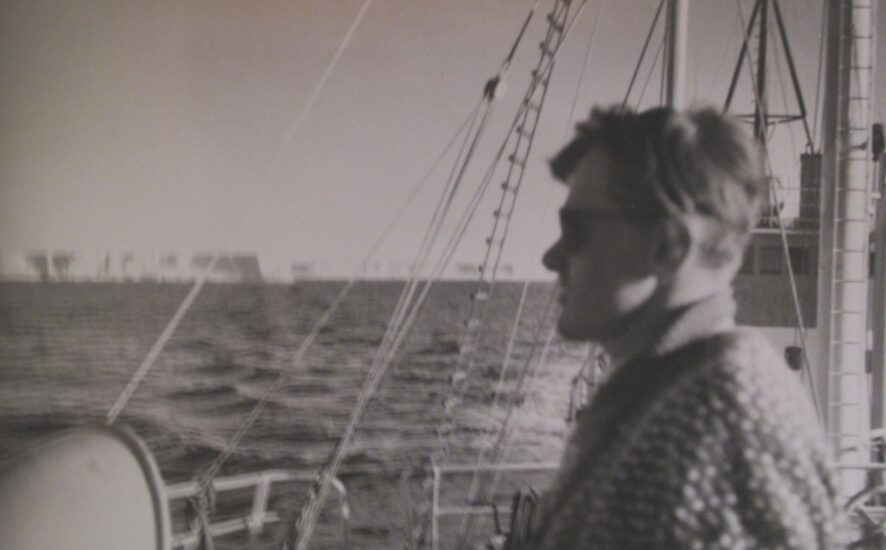 The Antarctic Legacy of South Africa is saddened to report the recent passing of Theo van Wyk, one of the team members of SANAE 1. Theo van Wyk was the youngest member of SANAE 1 and has been appointed as a meteorologist.  He was a scientific assistant in mechanical engineering at the Council for Scientific and Industrial Research (CSIR) Theo left Cape Town Harbour on the 3rd December 1959 for Antarctica with the rest of the SANE 1 members to return on 20 January 1961. His Antarctic Legacy lives on in the ALSA archive, Theo van Wyk’s Legacy is preserved by his contribution to the Antarctic Legacy of South Africa of documents. Sketches and images and images of him by his team members Chris de Weerdt and Andre le Roux van der Merwe. 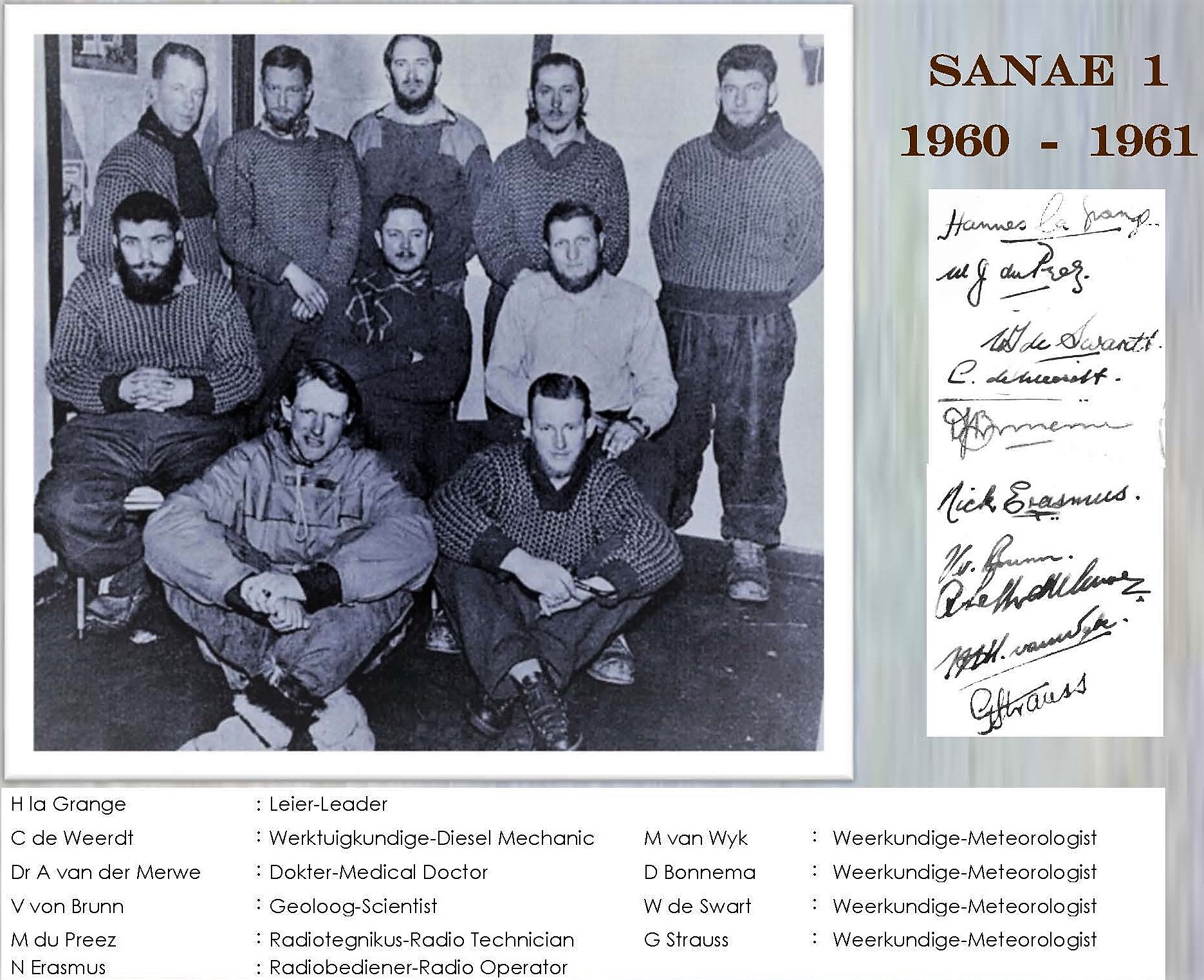 “Theo  van Wyk, became nocturnal and wandered about on the ship at night.  He admired the stars….” (from The White Horizon)

He together with Dick Bonnema, George Strauss and Blackie de Swardt worked on the scientific programme to ensure that observations can be done. They worked 3 hourly surface observations around the clock, radiosonde ascents, radiation and micro-climate observations, measured snowfall, recorded visual aurorae and optic phenomena. “blizzard or not, they got outside for their observations”- Hannes la Grange    “Because the expedition was assembled in haste, there had been no time to get hold of all the standard equipment that he needed.  It was an absolute pleasure to watch his skill in building up even the most intricate instrumentation.”

“It was Chris’ birthday on 24 October, and Vic and Marten arrived that same afternoon.  Up until now, Chris had made everyone a birthday present with an original Antarctic theme.  This time, Theo made Chris a scale model of the Muskeg.  Theo didn’t want to immortalise Suikerbossie with all her moods”. 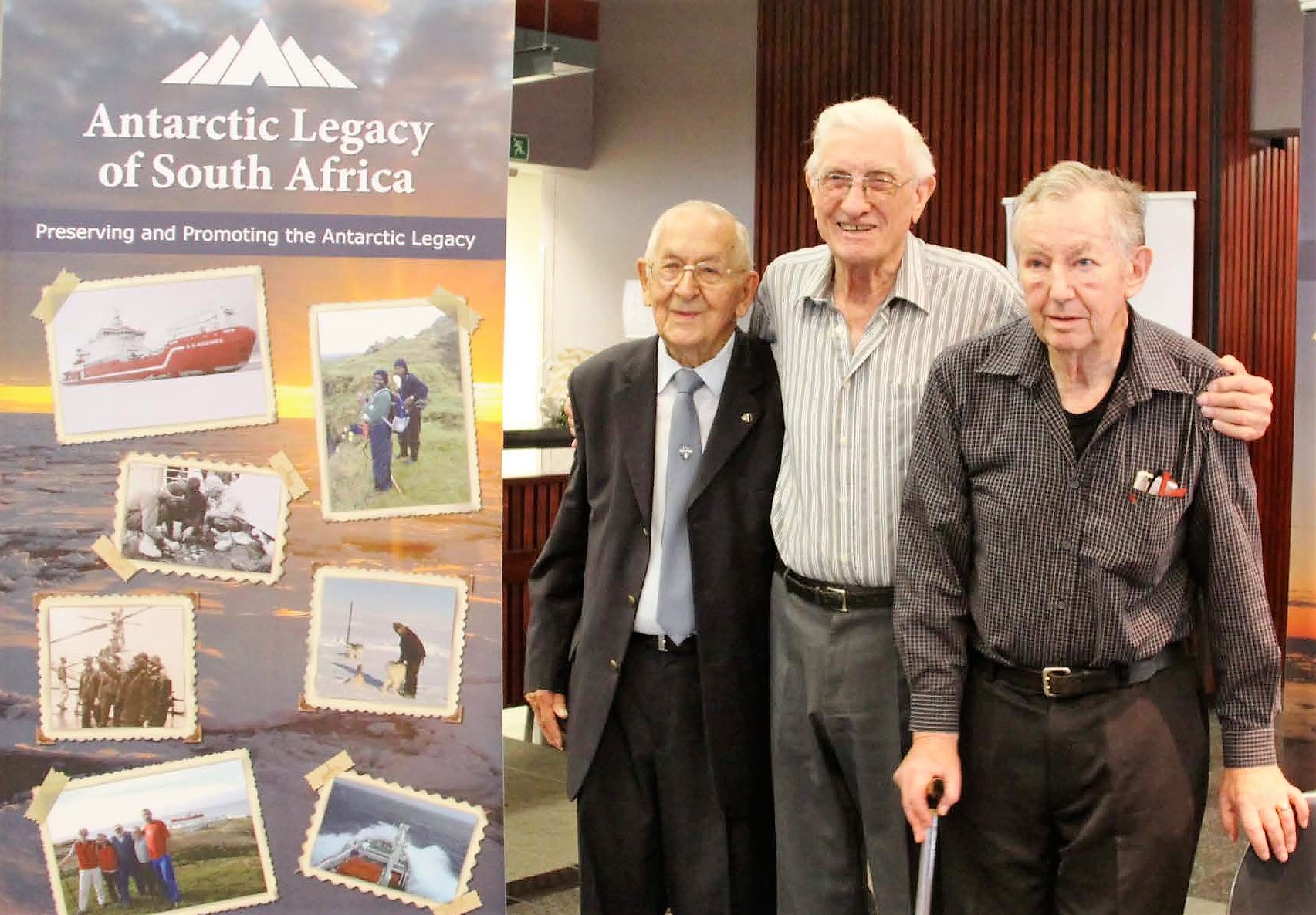 In 2018 the launch of – The White Horizon – English translation–  written by Dr Andre Le Roux van der Merwe (medical doctor on SANAE 1) was on 14 April in Pretoria, at the National Library of South Africa. This was a memorable event as the Antarctic Legacy of South Africa was able to have the three remaining members of the first South African Antarctic expedition to attend the launch.